Pundits speculating about the design commission for the Obama library
need to broaden their perspectives. 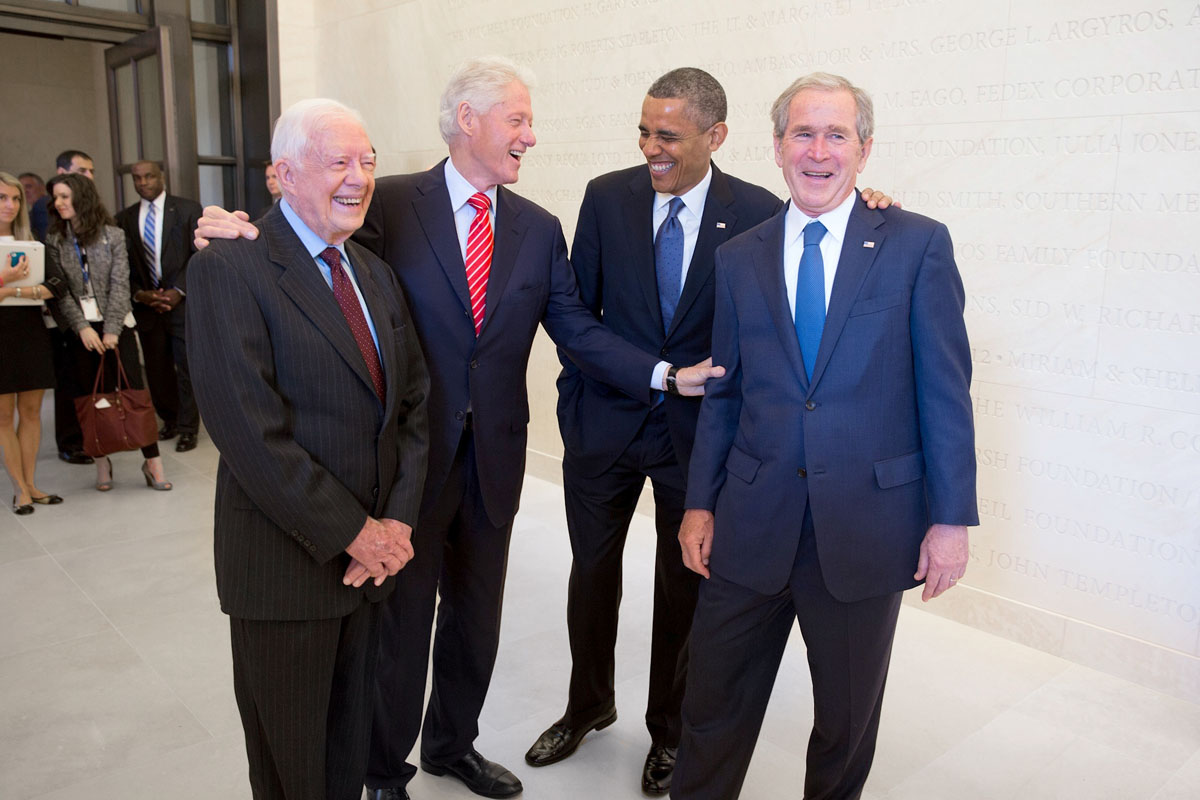 The official process to build the Barack Obama Presidential Library has finally been launched. After years of gossip and rumors about architects and sites, this could be the moment for some intelligent and informed debate among the design community. Unfortunately, the conversation so far has been dominated by narrow prescriptions about what the library should be, who should design it, and where it should be located, as opposed to broader speculation about what it could be. So I propose that, rather than making prescriptions to the president based on a narrow set of perceived realities, we can help him by expanding the conversation and laying out a broader set of possibilities.

This will be the 14th official presidential library under the jurisdiction of the National Archives. If it’s built in Chicago, then the design standards for the Obama library will be set extremely high, given our city’s status as a world capital of modern architecture. (Full disclosure: I live and practice in Chicago.) Without exaggeration, the library could be one of the most important American building projects in the decades to come. On the other hand, the potential for disappointment is also real, given the anticipation already in the air. Of the 13 existing presidential libraries, most are unremarkable in terms of either design or urban impact. The Clinton Presidential Center in Little Rock, Arkansas, is one of the few exceptions. The campus, designed by Polshek Partnership and Hargreaves Associates, formed a new connection between downtown and North Little Rock, and is credited with catalyzing substantial development in the area. The other presidential libraries, however, are in locations either too remote or too sequestered to be much more than storehouses and monuments. So, Chicago represents an unprecedented opportunity to break the pattern of what the historian Benjamin Hufbauer has called “Presidential Temples,” and set a new standard.

Before looking at the project itself, let’s first address some gossip about the commission. The Tanzanian-born, British architect David Adjaye has been mentioned as the “front runner” for the Obama library on several occasions over the past few years. The most conspicuous case was Fred A. Bernstein’s March 2013 article in Architectural Record, which lacked any real substantiation and was publicly refuted by Adjaye himself. Robert A. M. Stern (designer of the George W. Bush Presidential Center), Witold Rybczynski (member of the George W. Bush Presidential Library design committee), and others have also been spreading the same seemingly benign rumor. No disrespect goes to Mr. Adjaye, who is arguably the most notable architect of African descent on the current global scene, but the implications stemming from these rumors are more than a little disturbing. The most obviously questionable implication is that President Obama should or must choose a black architect for the library. (Full disclosure: I’m black.) But even worse, perhaps, is the implication that follows on from the first: Without exception, the other presidential library commissions have all been given to American architects. Therefore, those who suggest that the president should choose a foreign-born architect of African descent are actually implying that there is not a single African American architect who is qualified, or even deserving to be considered, for the job. To be clear, none of the aforementioned individuals have openly made such statements, but their eagerness to grant the commission to Adjaye leads very quickly to such conclusions. 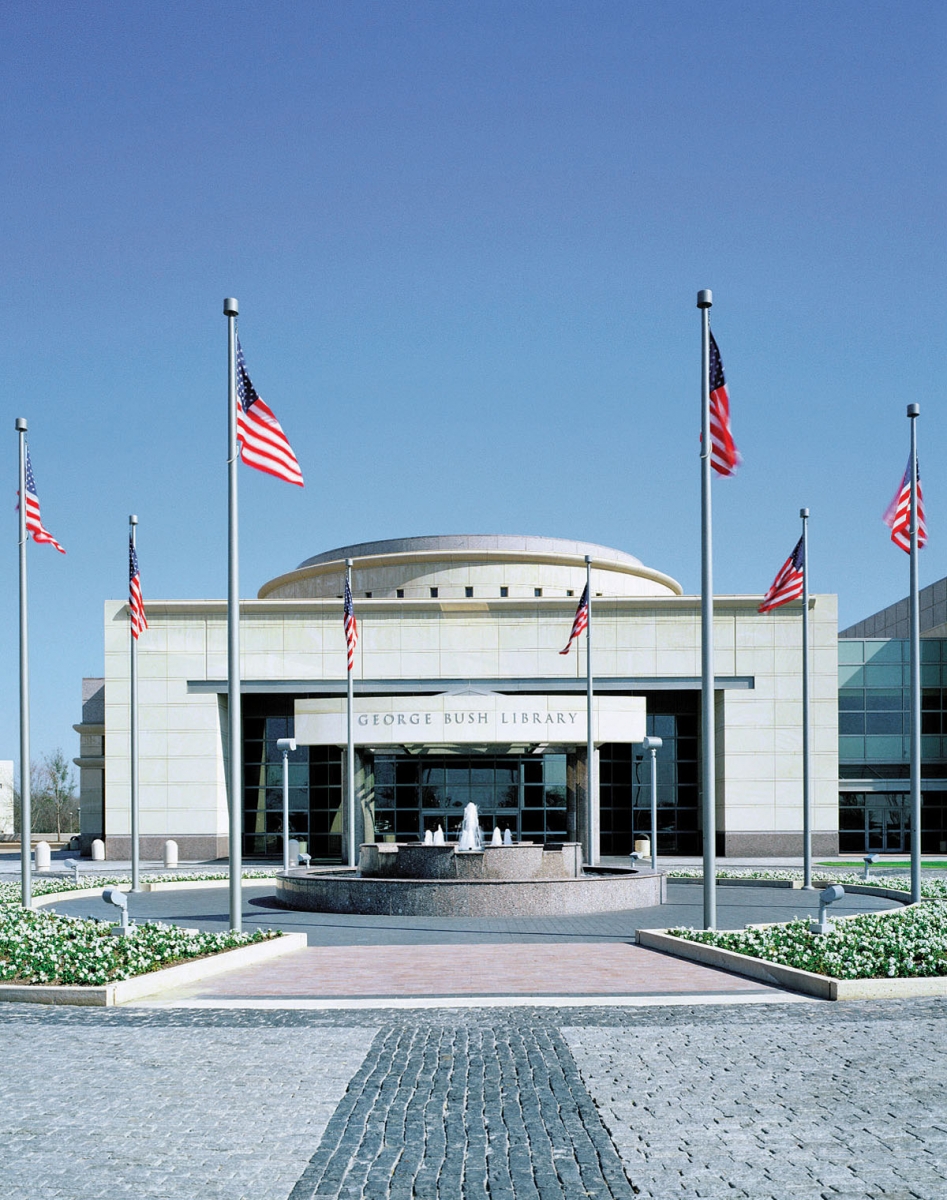 Nonetheless, the commission is an interesting issue for debate. Rather than narrowing the president’s choices based on race, what if the field of candidates could be expanded? How appropriate would it be for one of our youngest presidents to consider some youthful, lesser-known, yet extremely talented designers for the library? If President Obama began leading the country at 47, then certainly there are designers of similar age, or even younger, who could deliver a great project. Like Obama’s rapid rise to leadership, this could be a rare opportunity to usher some new (and perhaps also more diverse) faces onto the national architectural stage. I. M. Pei, for example, was also only 47 years old when first selected to design one of his first major projects: the John F. Kennedy Presidential Library.

If it were left up to some, there might be no Obama library at all. Rybczynski encouraged President Obama to “go small” or perhaps forgo a library altogether in an opinion piece for the New York Times. While his critique of the increasingly monumental scale of the libraries is understandable, Rybczynski’s suggestion that our first African American president would not have a library is both politically suspect and terribly implausible. The federal law mandating the libraries’ construction has specific requirements for their relative capacities, and the magnitude of these facilities has been expanding rapidly in the digital era. And if the Obama library is well sited in Chicago, the third-largest city in the United States, it could break attendance records for the presidential libraries by several magnitudes, thus also requiring a larger scale. 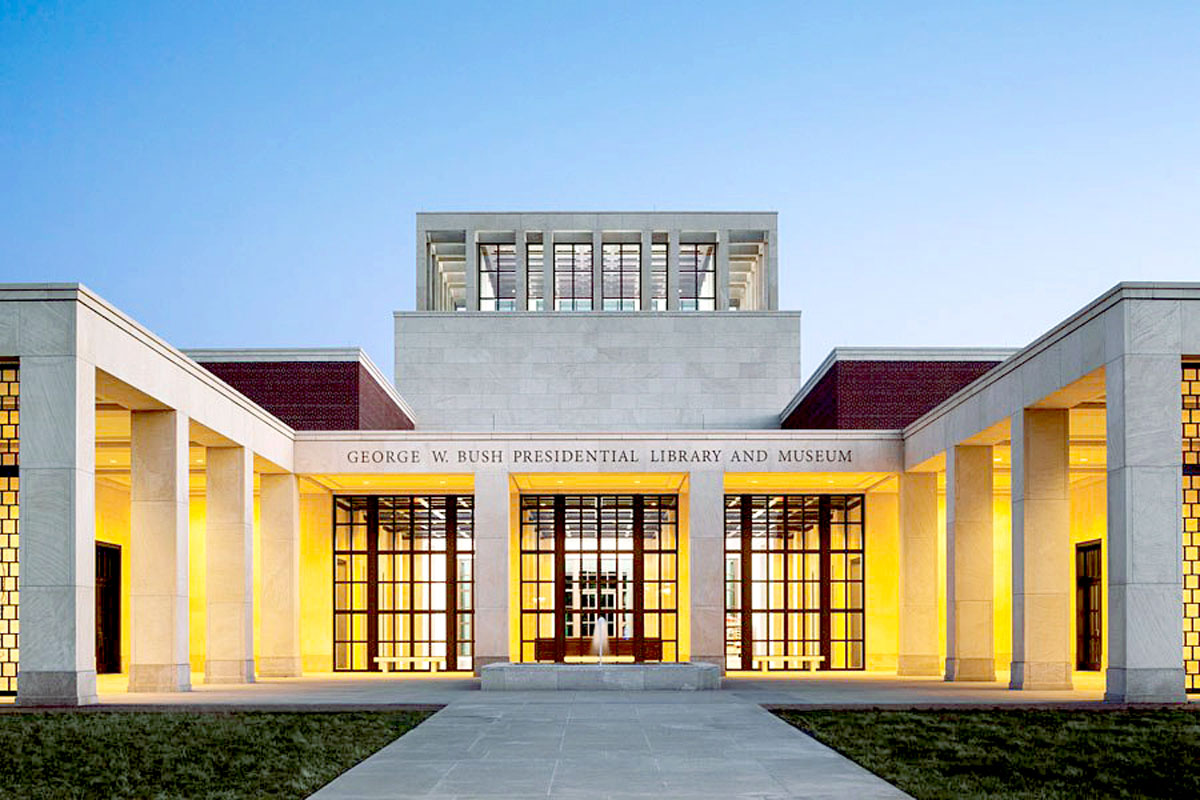 Rybczynski misrepresents the goals of the presidential libraries somewhat, perhaps due to his focus on the buildings alone. Presidential libraries are more than architecture. Their sites include public spaces and infrastructure, ranging up to 100 acres in Ronald Reagan’s case. In addition to the archive, there is also the museum component and office space for living presidents. Elements such as conference centers and educational components have been added over time. Presidential libraries should be understood as campuses, not just architectural objects, so the real question is one of urban design. Given President Obama’s reputation as an urban president for an urban world, the library should be developed as an urban campus, with a strong integration between buildings, landscape, and infrastructure.

Not simply monuments to men for which they are named, the presidential libraries were established by President Franklin D. Roosevelt to ensure that artifacts, information, and ideas associated with presidencies would be preserved for future generations. They are (ostensibly) built for us—the citizens of the United States, and people of the world in which we have come to exert such great influence. In this light, the Obama library could also be conceived as an expansive new space for its city, the nation, and the world. From the Washington National Mall to Rockefeller Center, great works of urbanism are often characterized by the landscape that lives between built forms. More than architectural objects often do, these great spaces remain pregnant with possibilities and potential for change.

The site for the project is already the most hotly contested issue. One common assumption is that, if built in Chicago, the Obama Library should be located somewhere on the South Side, in a predominantly African American neighborhood, and on a site that would benefit from the anticipated economic development. Directly in line with this thinking, architect Michael Sorkin used his October 2013 article in The Nation to insist on a very specific site in the Woodlawn neighborhood. Sorkin has also published an associated design proposal, the main distinguishing feature being that the library is shaped like an “O.”

Therefore, those who suggest that the president should choose a foreign-born architect of African descent are actually implying that there is not a single African American architect who is qualified.

Of course, it is true that President Obama conducted much of his activist work on the South Side of Chicago and still owns a house there. And it’s likely that the complex, troubling, and ongoing racial politics in Chicago will inevitably be a factor in the public debate over library sites. Nonetheless, presidential libraries are intended to last for the ages, which means long-range thinking about their physical and social contexts. In 100 years, Chicago may still be ethnically or economically segregated, but not necessarily in ways we can predict today. In choosing sites, we could be more open to a future that looks very different from our present—and especially from our past. Is anyone considering that Illinois is expected to have a climate similar to Texas in 100 years?

Rather than prescribing to President Obama where the library should be located, our efforts could again be directed toward expanding the possibilities for his consideration. There are several, if not many, sites around Chicago that could be fantastic locations for a presidential library. But the public discussion so far has been crowded with the voices of self-interested parties, too quickly concerned with dreams of economic investments and institutional prestige. Though it’s hard to disagree that the next presidential library should produce substantial benefits for the city it belongs to, we should also recall that most of the 13 existing presidential libraries have limited local impact outside their own boundaries. Much emphasis has been unsurprisingly given to economic development opportunities. But equal or even more consideration could also be given to infrastructural, cultural, and intellectual development projects as well. These investments are not only better bets, but also perhaps more in line with this particular president’s stated ideals. So rather than immediately settling on one site, we could first explore a diverse set of scenarios for the library’s location and composition. The result could be a new kind of institution, strategically independent, but also connected. “Out of many, we are one.” Those were President Obama’s words from Grant Park on November 4, 2008. On that night in Chicago, anything became possible in America. This next presidential library is a chance to test those possibilities once again.