Alexandros Washburn, the chief urban designer for the City of New York, has a new book out, The Nature of Urban Design: A New York Perspective on Resilience (Island Press). Washburn, a Harvard GSD-trained architect and planner, has an interesting history. Early in his career, he secured a job in Washington working for Senator Daniel Patrick Moynihan. When the architecture-obsessed senator learned that he had an architect on staff, Washburn was brought in to meet the boss, and a mentorship was born. Later Moynihan dispatched Washburn to New York to help him realize a dream: converting the McKim Meade & White-designed post office on 8th Avenue into a train station, partially righting the grave wrong done to New York when the original Penn Station, also by McKim Meade & White, was demolished. (That effort to complete what is now Moynihan Station remains unrealized.) In the meantime, with his first book, Washburn has accomplished, if not quite the impossible, then certainly the daunting: he’s written a concise and accessible treatise on urban planning, blissfully free of jargon and clear enough to be understood by both professional and citizen-designers. On the eve of publication, I corresponded with Washburn via email about the book, the misunderstood role of urban planning, and the future of his beloved neighborhood of Red Hook, Brooklyn.

Martin C. Pedersen: Let’s talk first about the genius for the book. How did it evolve?

Alexandros Washburn: The book didn’t start out of genius. It started out of necessity. I had just become the chief urban designer for New York City at the Department of City Planning and entered with the notion that good design changed things. I immediately found out that I was naïve. No one was going to listen to me proffering sketchy notions if it got in the way of their building. To survive I had to communicate a common design interest, and for that I needed more than pretty sketches. I needed a political, financial, and design framework, something that gave me tactical leverage to build on the strategic support I got from Amanda [Burden] and the Mayor [Bloomberg], who believed that good design made New York more competitive.

MCP: Who is the book intended for? Who’s your “ideal” reader?

AW: That’s like asking, “Who’s your ideal citizen?” The demographic is diversity. Whoever reads this book should want to change their city for the better. If you like the status quo, this book is not for you. I left an advance copy of the book on my desk when I was on vacation earlier this year. One of our administrative assistants picked it up because the cover was so interesting, and then found she couldn’t put it down. It hit a chord. “I’ve worked here thirty years,” she told me, “and for the first time I understand what we do and why we do it.”

MCP: The book does a good job describing the role of an urban designer. Why is there so much misunderstanding about that? Why do people who should know better (like architects) confuse architecture and urban design? We certainly saw that happen a lot during the World Trade Center redevelopment.

AW: Urban design operates at the intersection of politics, finance, and design. You can be the best designer in the world, but if you can’t design under the pressure of politics and the stress of finance, you’re not an urban designer. There is misunderstanding, because urban design operates on the shifting ground between the details of architecture and the generalities of planning. Both architecture and planning attempt to claim the space of urban design as their own, believing that their own point of view is complete, sufficient, rational. It’s the sense of control that both assume which dooms their process. From Brasilia to Ground Zero, the results can be disastrous.

Many urban designers, myself included, begin their careers as architects. As architects, we’re at a great disadvantage. It’s a virtue for an architect to be rational, logical, and demanding in their work—to be a “control freak.” Yet being a control freak is an impediment to good urban design. The worlds of politics, finance, and—at the scale of a city—even design, are not within the architect’s control. But they can be within the urban designer’s influence. To control nothing but influence everything is an attitude that characterizes the urban design process. In trying to exercise control over a solution that integrates politics, finance, and design, the detail-oriented architect sometimes misses the most important point: designing the question can be more important than designing the solution. Urban designers do not design cities; they design the tools that change cities.

MCP: The book includes a number of case studies, from cities all over the world. As a planner, you’re particularly fond of Singapore, a superbly “planned” city-state. What can planners here learn from Singapore, a city with virtually no messy public process, where planning can be accomplished almost by fiat?

AW: Actually, there’s as much on Sao Paulo in the book as there is Singapore. I love both cities for different reasons. But make no mistake: they’re great cities that will drive the world’s experimentation in urban design for decades to come. 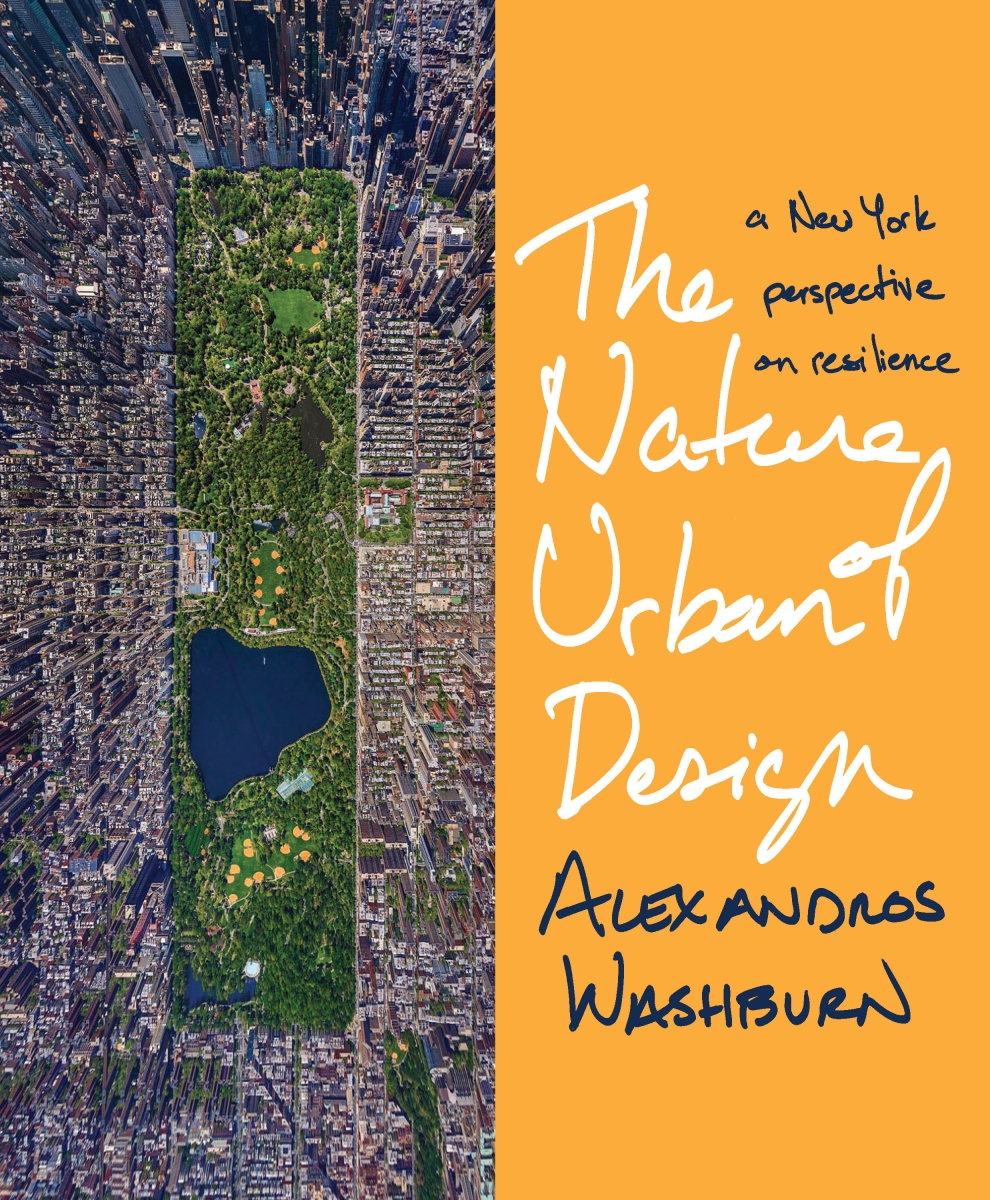 Singapore is exciting because there’s no margin for error. It’s got a great combination of creativity, resources, and unified action, which makes urban design experiments possible in a measurable timeframe. The corollary of this is, Singapore can experiment but it can’t afford to make mistakes. When you have so little land, you can’t make bad land use decisions.

MCP: You live in Red Hook, Brooklyn, and write beautifully about the experience of Hurricane Sandy. Have we learned anything from this event?

AW: We have learned we’re vulnerable in a visceral way. The water has flooded our conscience as well as our neighborhoods. But our actions don’t reflect that fear. Right away we’re building back the way we were, but the way we were is vulnerable. I go around in circles trying to understand the city, state, and federal regulations that should tell me how I can rebuild. They’re all in conflict. The insurance company is trying to get out of paying for my loss. I’m in a perpetual state of haggling. I’m amazed at the number of people I have to deal with.

Meanwhile, I am in limbo. Being in limbo at least has given me time to think.

And thinking about it, I see a possible resilient future. For Red Hook to become resilient before the next storm comes, each product of urban design will have to be a discreet, actionable instrument to shift the ground, to change the rules of the game. And if we can do it in Red Hook, it can be a model for low-lying communities across the globe. I say in the book that for urban design, the classic triad of architecture– client, site, program–are all negotiable.

In order to succeed we will redefine the “client” from the existing families of sparsely populated Red Hook to a million people across the region who have come to view our future success as a model for their own community’s rebirth. We’ll see how government agencies can enlarge the notion of “site” from our individual row houses struggling to floodproof by ourselves into a neighborhood and even regional system of shared public spaces and resiliency projects, each designed to counter a specific threat of climate change. We will use tools of zoning or finance (insurance, mortgage, and taxation) positively, not punitively, to support change so that the “program” escalates from millions in public improvements to billions in private investment. Urban design is the only way I can see to achieve fundamental change.

MCP: Your work with Mayor Bloomberg and Amanda Burden pushed the urban design agenda. What are the “unfinished” projects that you’d like the next administration to take up?

AW: It’s quite personal. The unfinished projects I care about are my house, my neighborhood, and the train station Senator Moynihan first set me to work on. I have to make my house floodproof; I have to make my streets vibrant. I have to make my neighborhood resilient and yet still grow while keeping the extraordinary character that makes Red Hook the place to raise my family. And I still want to find a way to make Penn Station great again. I put the onus on myself, on my neighbors, on the public. Not the next administration. I believe the next phase in urban design is people solving their own problems, launching their own initiatives. Government should support, not constrain.