For 10 years, the Toulouse-Lautrec Museum in Albi, France has been under intense renovation.

Celebrating the projects completion, The Toulouse-Lautrec Museum held an inaugural ceremony on July 27th. The French Minister of Culture, Aurélie Filippetti was in Albi for the festivities. 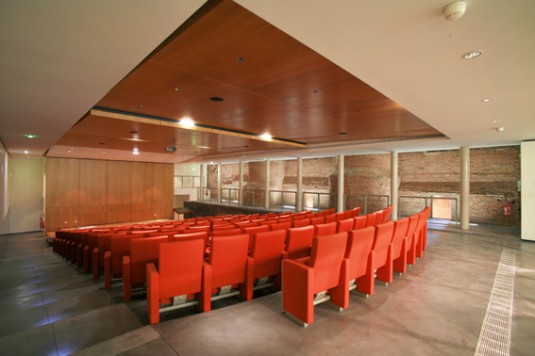 Toulouse-Lautrec Museum has only occupied the building since 1922, so the previous 800 years of history complicated the renovation’s needs. Built by the Bishop of Albi, the structure is one of the “best preserved Episcopal residences” and sits within Albi’s “Episcopal city” – a designated UNESCO world heritage site.

Philippe Charles Dubois’ firm was responsible for the interior renovation of the museum. Dubois says of the project, “The archaeological discoveries, but also the different phases of construction constantly incited us to question the project in order to readapt it in architectural, museographic, and technical terms.” 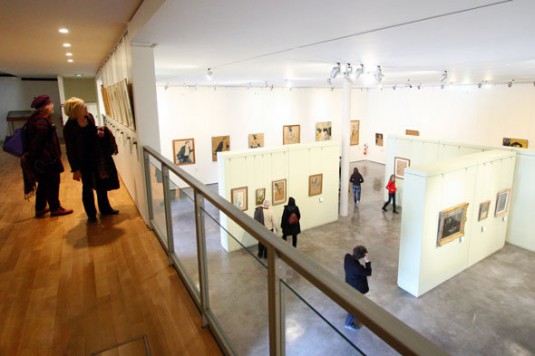 “We redesigned the museum as a whole in order to provide premises and facilities suitable for visitors,” Dubois added. “To do so, we had to rehabilitate some sections and create others which were new, while respecting the monument, and keeping the museum open during the construction period!”

“We ended up by designing a futuristic museum,” Dubois said, “but with great sobriety, using a subtle choice of durable materials and colors that do not jar with the premises.” 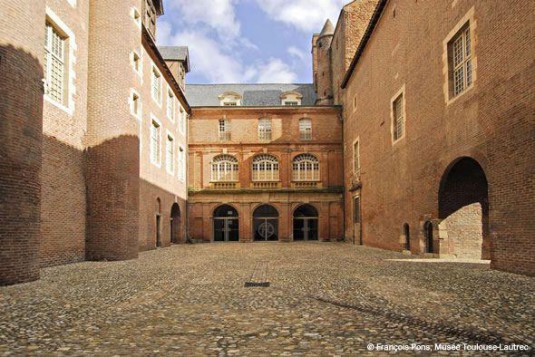 New spaces were constructed and old ones rehabilitated, according to Danièle Devynck, the chief curator of the Musée Toulouse-Lautrec. Devynck said the construction enlivened “empty or derelict” rooms in the lower levels and attics, and new spaces were carved “under the main courtyard and on the upper terraces, helping provide satisfactory solutions to the museum functions that could not be provided inside the edifice.”

Devynck said the newly opened spaces “let visitors discover the work of Henri de Toulouse-Lautrec with an approach that is both chronological and thematic, from his early paintings to the late works, interspersed with highlights in rooms devoted to a particular theme.” 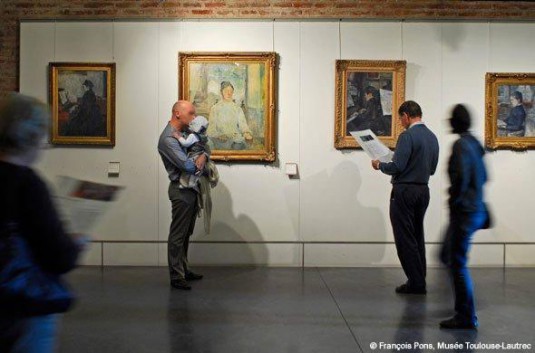 Patrice Calvel, the chief architect of historical monuments, said about the renovation, “The restoration work involved cleaning the building, but also its partial disassembly, refurbishment, consolidation, and sometimes its restoration, but never its reconstruction.”

“The purpose was to preserve the heritage and ensure its sustainability,” Calvel said. “We had to make choices in order to adapt its medieval halls to the requirements of a contemporary museum. The essential parts have been preserved. The idea was to showcase the archaeological remains such as the medieval floors, painted ceilings.”

While the building speaks to the historic spaces, Dubois is careful not to stop the museum’s architectural storyline in 2012. “The aim of our approach was also to let the museum evolve over time, which is necessary in order to renew public interest.” 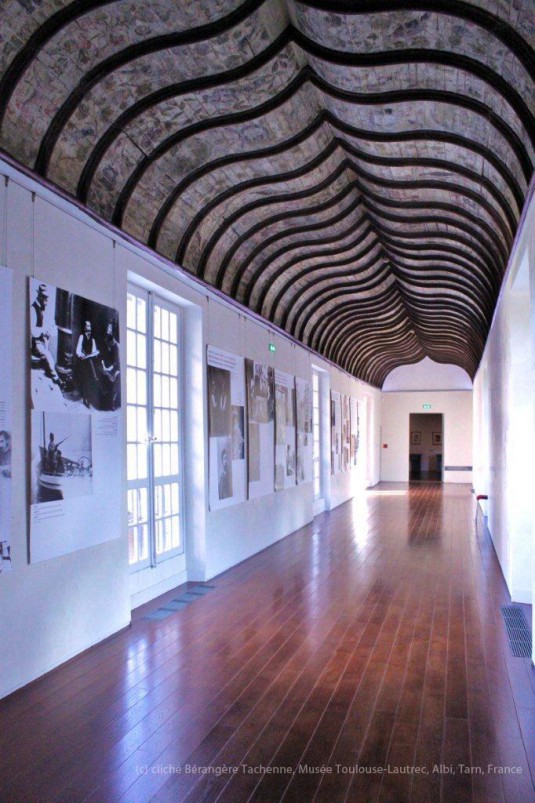 Sben Korsh is a BA candidate studying both architecture history and writing through the CUNY Baccalaureate Program for Unique and Interdisciplinary Study.  He is a City College Fellow, and Weston Public Service Scholarship recipient. Follow him on Twitter @SbenKorsh