Five Tips for Returning City Streets from Cars to People

Cities today tend to be car-centric landscapes. Sidewalks place pedestrians directly beside exhaust-spewing vehicles with little to no buffer. High-speed thoroughfares or highways dissect neighborhoods and lack appropriate pedestrian or bicycle infrastructure. These conditions are seen around the globe; yet some cities are finding opportunities to reintroduce car-free zones that give the streets back to the people.  Strøget in Copenhagen has set a standard as a successful and charming pedestrian-only throughway, and cities like San Francisco, New York, and Los Angeles have been taking steps to follow their example.

As designers of urban space, we want to know what makes these inspiring auto-excluding endeavors a success.  Here is a brief look at some examples and offer five tips for city officials, developers, designers, and community members to consider when pursuing car-free spaces for their own communities. 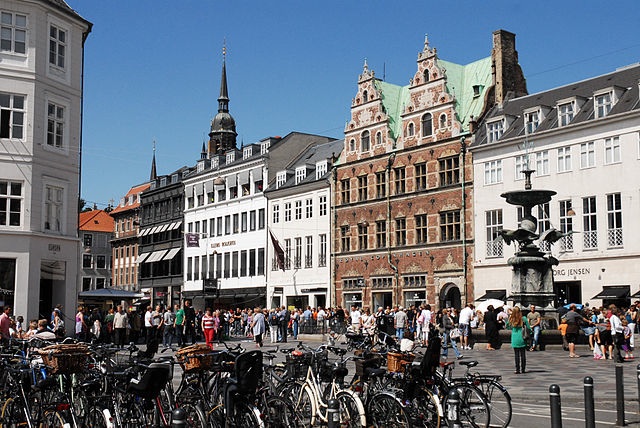 The Strøget, car-free since 1962, is one of Copenhagen’s top destinations for shoppers and tourists.

The Strøget is possibly the best-known example of a successful zone. It originated when Copenhagen experimented with this concept during the 1950’s when they closed the four-block area to cars for two days during the Christmas holidays. In 1962, without public announcement or input, the road remained closed. Like other movements that eliminate cars, this was controversial, and it took time for people to see the benefits. The original opposition to shutting down the street is the same as the arguments that come up today:

Copenhagen’s worries were assuaged, as the car-free area became one of the top destinations for shoppers and tourists. Local businesses found their sales rising by 25-40%.  It catalyzed the economy of surrounding areas and helped define the walking and biking culture that has helped earn Copenhagen the title of 2013’s most livable city.

Going “car-free” isn’t solely reliant on adjacent retail spaces. Since 1967, San Francisco has made the eastern half of JFK Drive car-free on Sundays. This street, which goes through Golden Gate Park, attracts droves of cyclists, runners, stroller-pushing parents, roller-bladers, and dog walkers to the park and greatly increases park use. 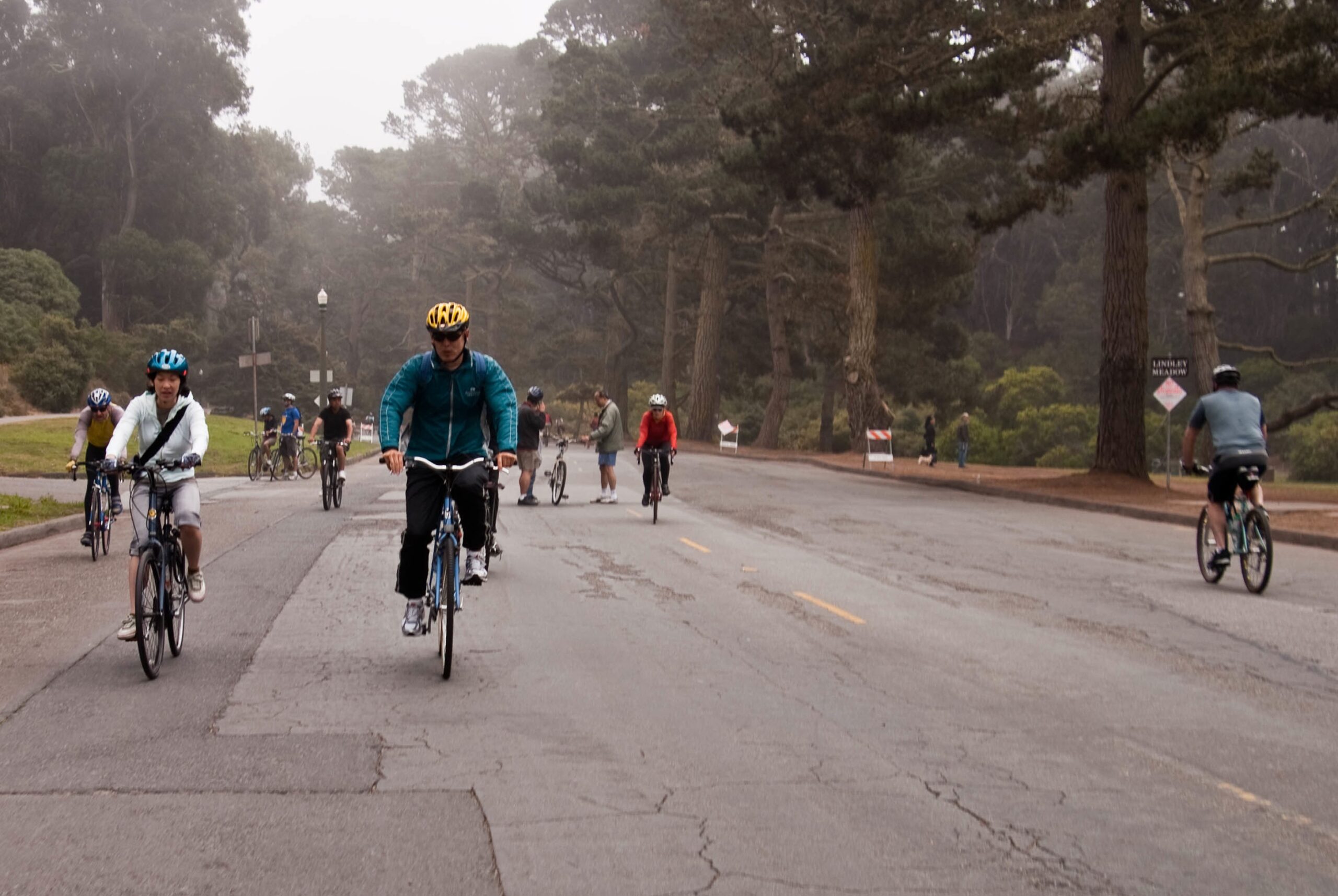 Golden Gate Park benefits from an increase in visitors that are drawn there by car-free JFK Drive on Sundays.

Similarly, in New York City, Mayor Bloomberg temporarily shut down vehicular access to a street extending through Central Park. It experienced such a success that after six months, the pedestrian- and bike-only mandate was extended indefinitely. In another example, on three separate Saturdays, seven miles of streets—stretching from the Brooklyn Bridge up to Central Park along Park Avenue—were closed to cars and opened to the public. Reports indicate that 250,000 people enjoyed live music, fitness classes, rock climbing, and an interactive sound and light installation in the Park Avenue tunnel (which had long waiting lines). 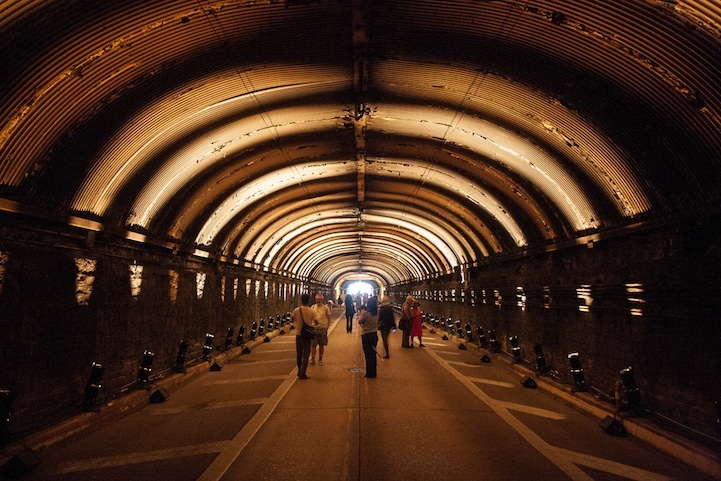 Cities have become urban-design testing grounds for new types of public space and planning. Pop-up car-free zones range from small-scale parklets (San Francisco’s parklet program) to a one- to two-block interventions like the Sunset Triangle in Los Angeles.  Temporary street closures like farmer’s markets, neighborhood concerts, and CicLAvia have helped Los Angeles prove that even in a car-central, car-free zones work.  CicLAvia originated from the “Ciclovia,” event in Bogota, Columbia, during which major city streets are closed temporarily and opened to cyclists and the public.  Los Angeles has held five CicLAvia events in the last three years, and  each time saw increased participation from street vendors, performers, and the public. LA is also experimenting with different scaled street closures – in April 2013, CicLAvia closed approximately 15 miles of streets, from City Hall to the ocean, and attracted more than 100,000 cyclists. 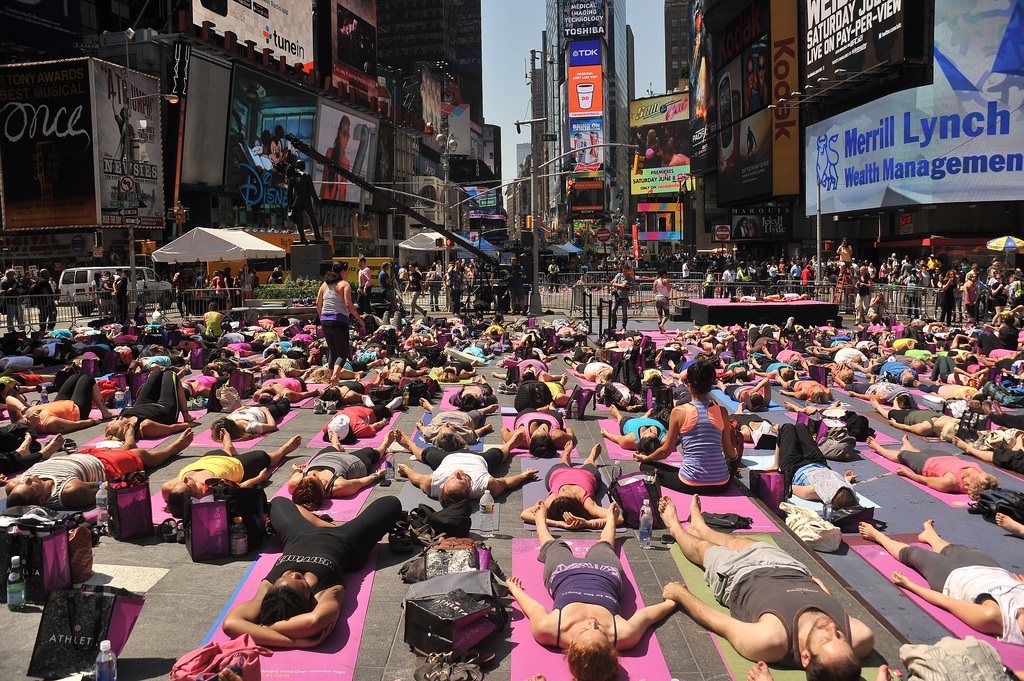 Who knew that yoga (an other car-free activities) in Times Square could actually help alleviate traffic in one of New York’s most congested areas?

As cities continue to evolve, we are seeing how car-free spaces can help provide economic, social, and health benefits alongside traditional street infrastructure.  Learning from past and present examples, we can successfully use these five tips to reorient our neighborhoods towards people as opposed to their cars.

Gerdo Aquino, FASLA, is the president of SWA, Design Critic in Landscape Architecture at Harvard’s Graduate School of Design and co-author of the award-winning book, Landscape Infrastructure: Case Studies by SWA. Through his project work and research, Gerdo explores opportunities to redefine infrastructure as multi-performative systems capable of improving cities through programming, alternative transit strategies and design. He blogs about his findings at SWA’s Ideas blog.