Ron Arad: Some Sort of Discipline

On first hearing the title of Ron Arad’s new MoMA retrospective, Ron Arad: No Discipline, I was reminded of the mid-1990’s craze for T-shirts with the slogans “No Fear” and “No Rules” emblazoned across the front. And so it seemed appropriate that when I spotted Arad opening night, he was wearing a novelty tee of his own–this one screened with an Ed Ruscha piece that reads, “I Don’t Want No Retro Spective.” 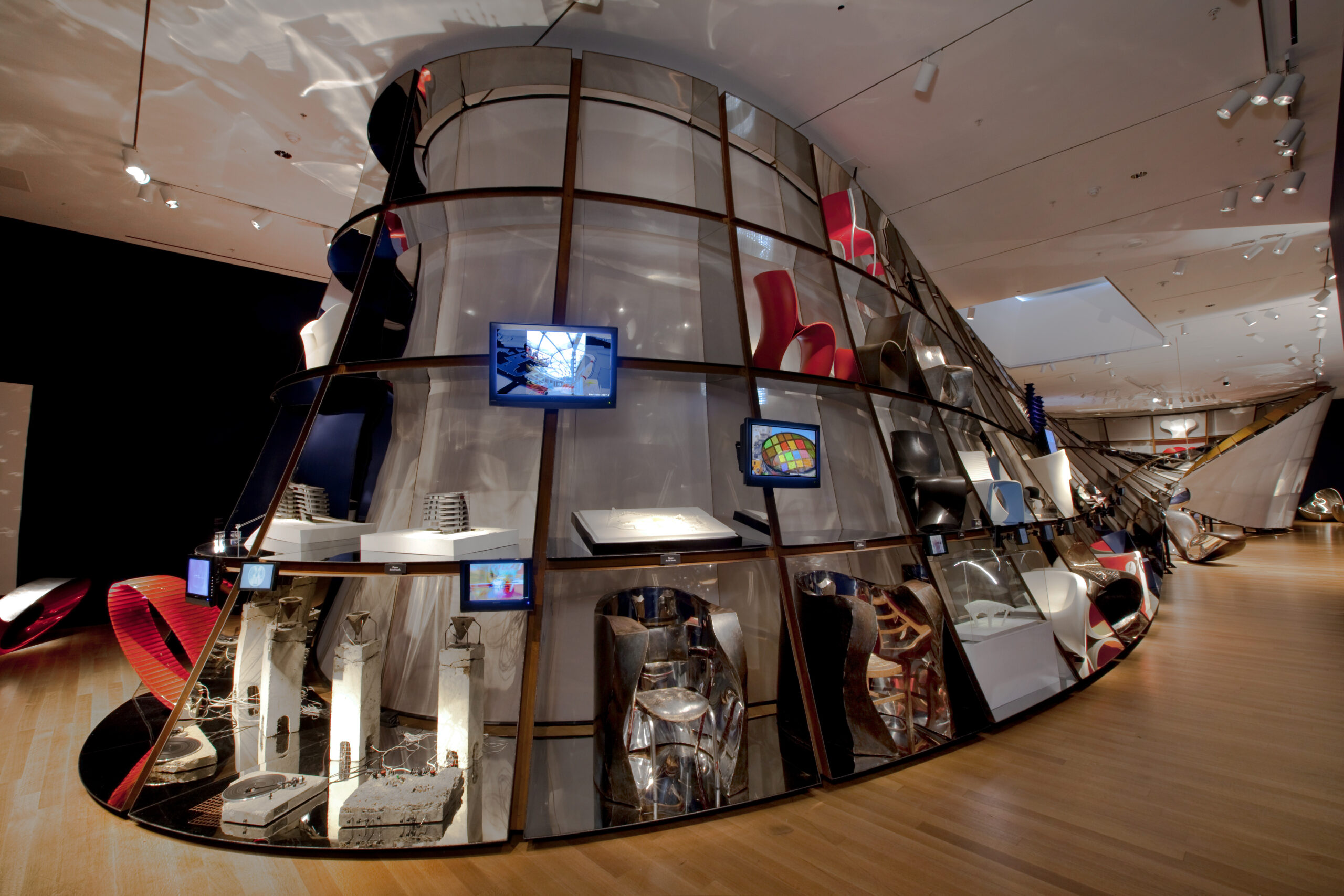 If this was Arad trying to look rebellious–or just modest?–it’s probably too late. With the exhibition (which was first shown at the Centre Pompidou last year), not to mention a collectable figurine in his likeness, Arad’s establishment status seems secure. Besides, his work is anything but reserved. At MoMA, an enormous Cor-Ten “Cage sans Frontiers” snakes along the sixth floor, displaying three decades of Arad designs (chairs, architectural models, lights, and more) in mirrored cubbies. A pamphlet describes the show as a celebration of Arad’s “interdisciplinary and ‘no-disciplinary’ spirit,” but the abundance of curvy, parabolic designs suggests less an interest in breaking down barriers than a healthy fear of ever being no frills. 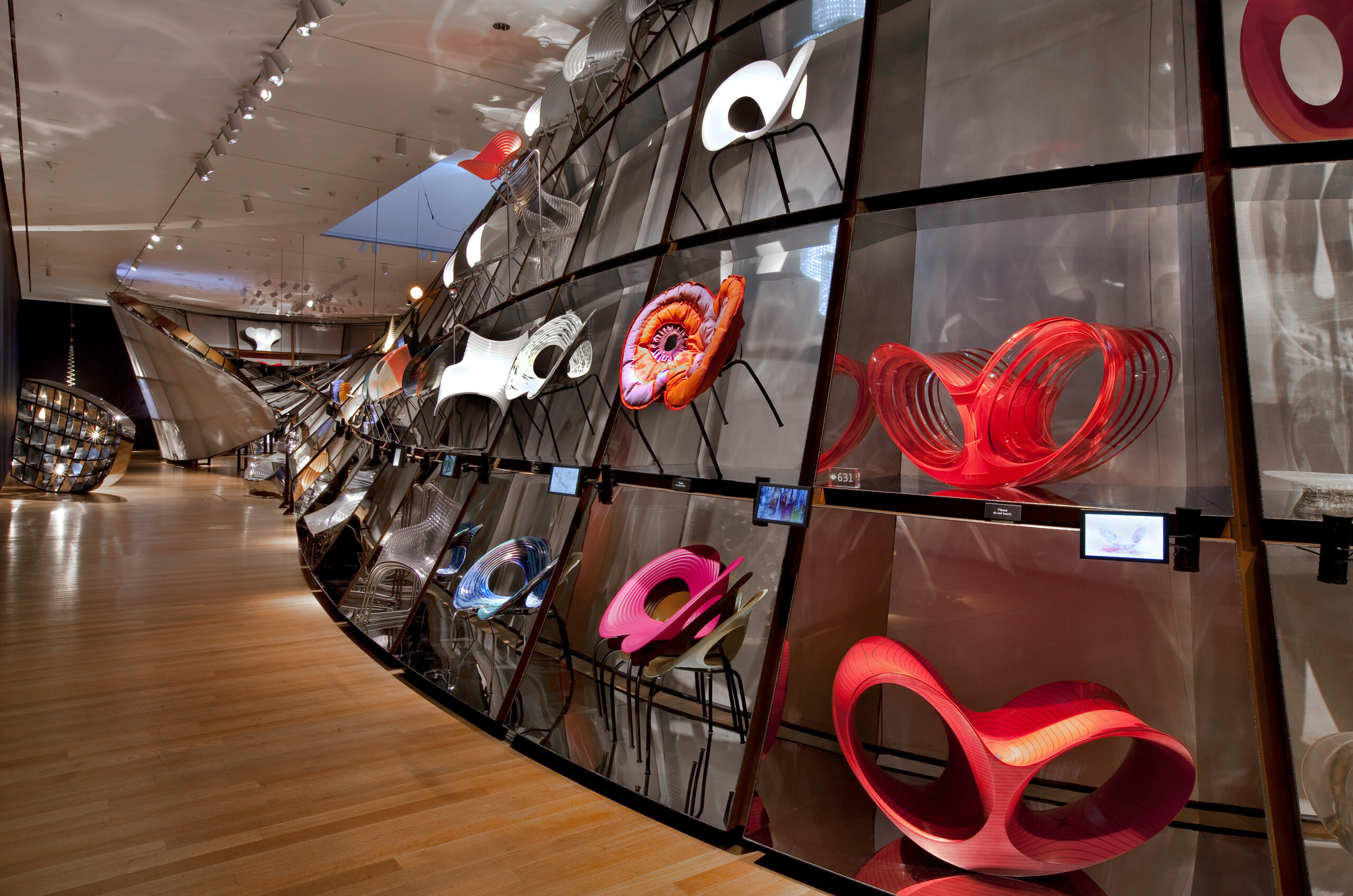 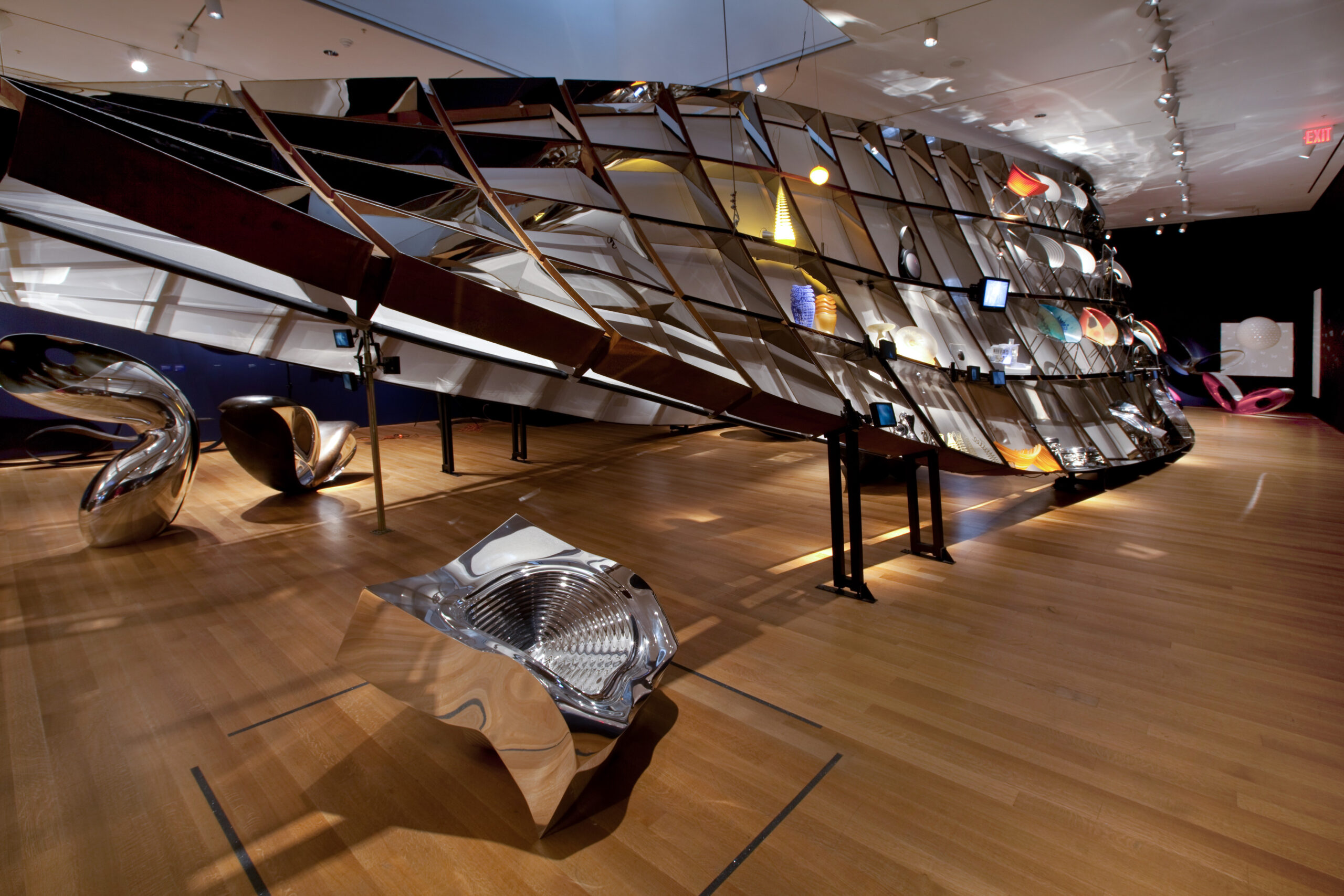 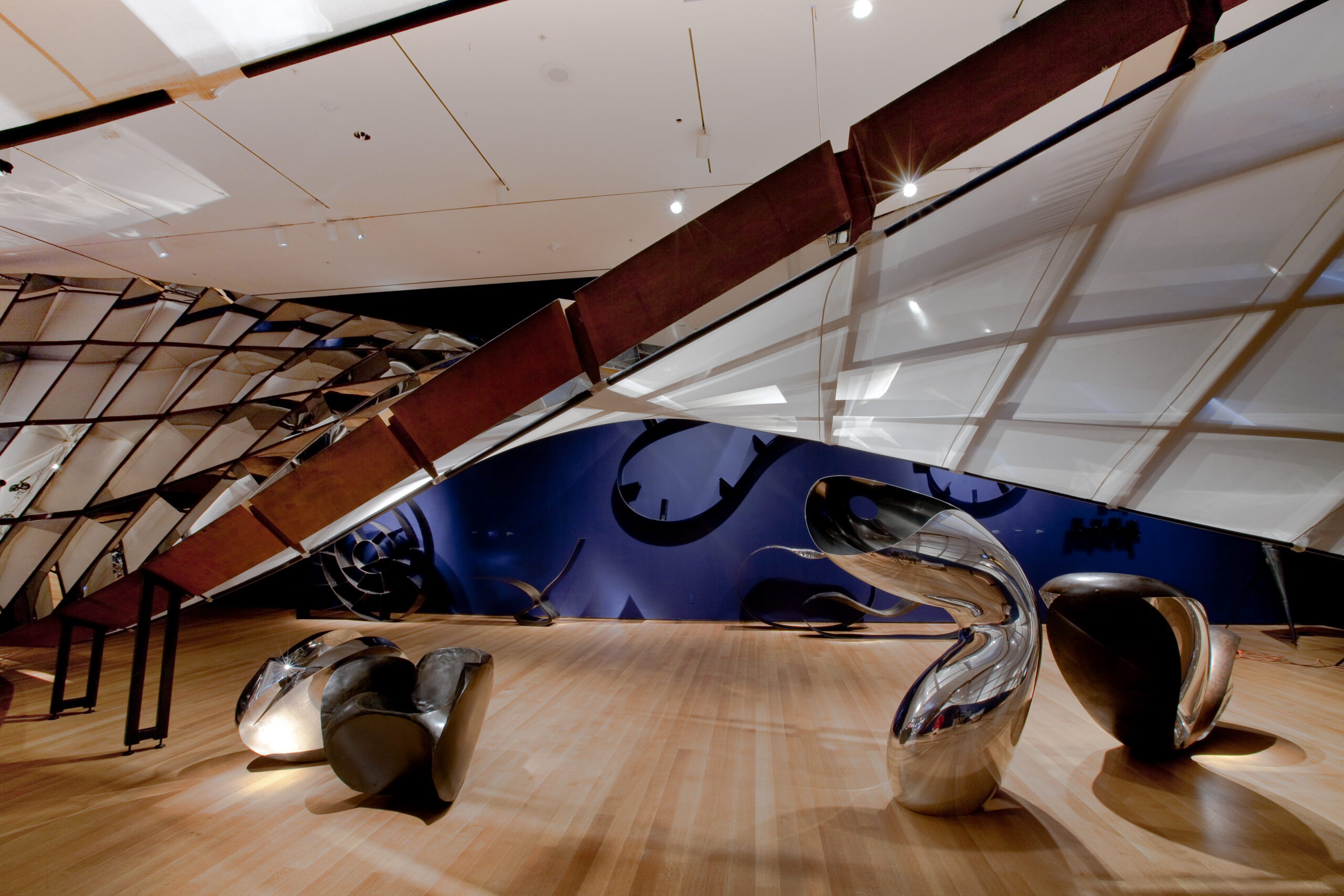 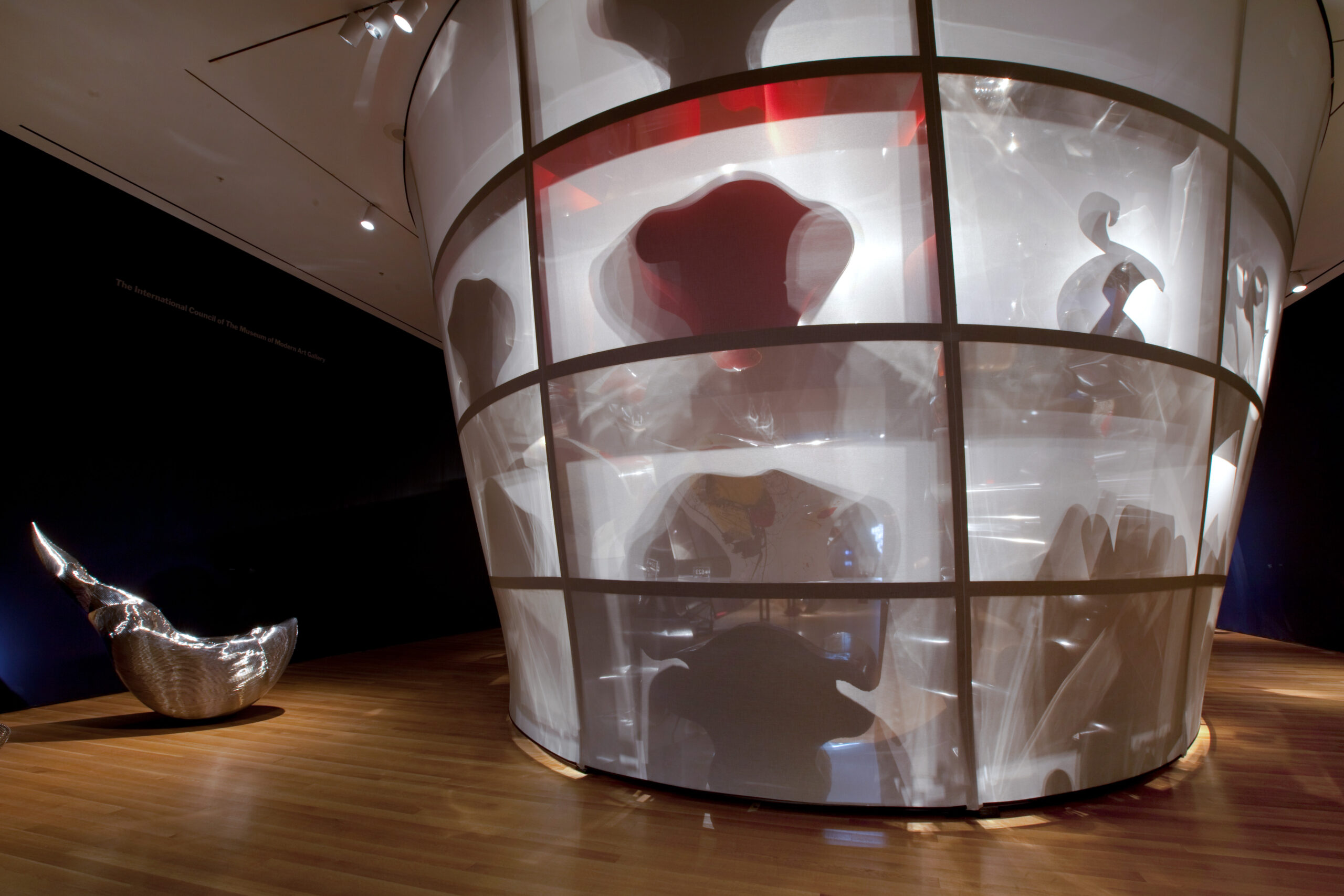