Scottsdale’s Museum of the West is not only a repository of regional culture but also a catalyst for an urban community. 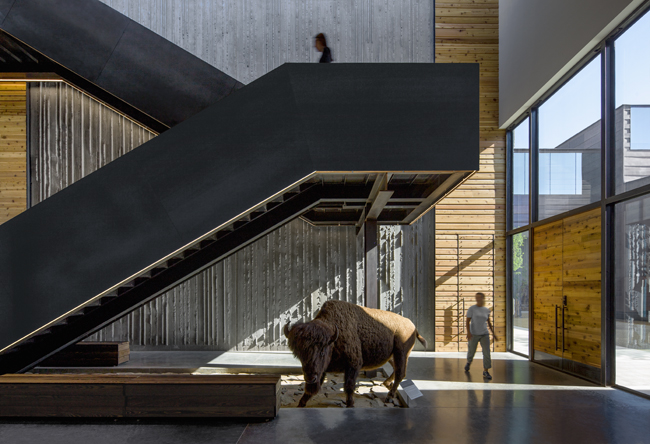 Materiality is an important way for the new museum to signal its message without resorting to clichés—the rain screen of rusted metal on the outside evokes the fencing used by early settlers, while tilt-up concrete panels formed with worn, textured wood are used both on the outside and on the inside.

The idea for a museum celebrating the art, culture, and history of the American West goes back 30 years, originating with a former longtime mayor and champion of Scottsdale, Arizona, the terrifically named Herb Drinkwater. Drinkwater died in 1997, but a group of passionate citizens kept his dream alive until Western Spirit: Scottsdale’s Museum of the West (SMoW) could open in January 2015.

“Studio Ma has added an iconic edifice to this community,” says SMoW director Mike Fox, who sat in the passenger seat of Drinkwater’s Jeep on some of his earliest site-scouting missions for the museum. Fox has been a cultural developer for four decades, including a stint as the director of the Heard Museum in Phoenix. He feels that Scottsdale’s rapid development in recent years hasn’t necessarily reflected the city’s context, history, or climate. SMoW marks a change in this trend. “I think it’s going to be a launching pad,” he says, ”for other development to happen that will be meaningful and functional, and integrate the American West.”

The $11.4 million museum—the result of a partnership between the city and a nonprofit— connects to the rest of Old Town in scale, siting, and massing. The rough ribs of the board-formed concrete facade panels look like the spines of the ubiquitous saguaro cacti. The metal panels on the second story are bent into trapezoidal forms, recalling woven baskets and the snake fencing used by early Western settlers. Both textured surfaces are selfshading, and along with other measures such as diverting wastewater into a bioswale, they have earned the building LEED Gold certification. A landscaped plaza by Phoenix’s Colwell Shelor Landscape Architecture acts as a physical connector between the building and Old Town. 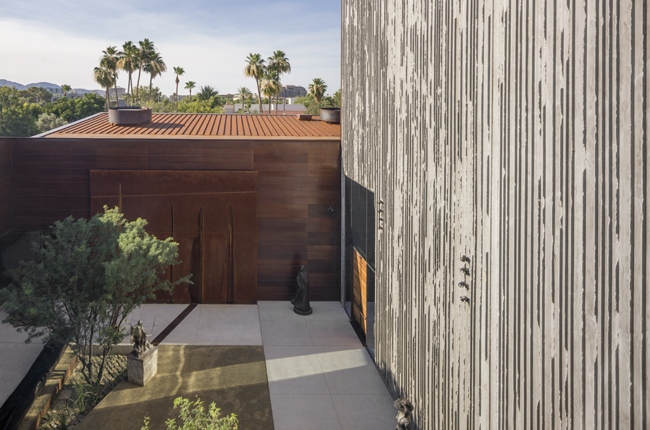 Common areas are handled sensitively throughout the museum, continuing the emphasis on rugged textures. A concrete-walled courtyard is at the heart of the horseshoe-shaped plan.

The democratic spirit of the museum building continues inside: Fox told Studio Ma’s Christiana Moss and Christopher Alt that he wanted visitors to be able to begin their journey in any gallery and still have the loaned collections make sense. Moss and Alt then keyed into the idea of a horseshoe toss as inspiration, and conceived the building as a series of U-shaped galleries and a theater organized around a “stake”—a rectangular interior sculpture courtyard open to the sky. Two secondfloor galleries that cantilever over the first Development The Frontier Spirit floor are connected by a glazed bridge, providing views of the courtyard and Camelback Mountain in the distance.

Inside the museum, the architects kept the treatment of the galleries simple and focused daylight into the circulation areas, like the monumental steel stairway. The board-formed concrete walls used for the facade continue on the interior, combined with Western red cedar (prompting visitors to ask whether the scent has been pumped in).

Studio Ma is known for sensitive, sustainable cultural, residential, and university design. The firm can be seen as part of the newest generation of the Arizona School, an umbrella first used by architect Reed Kroloff to group a lineage of architects working in the state—going back to Frank Lloyd Wright (and the ancient civilizations well before him)—who have understood and respected its delicate ecosystem and visual gifts, and built accordingly.

SMoW is a small but important addition to this tradition. “The visitors not only comment on the extraordinary exhibits that we have but also on the beauty and uniqueness of the building,” says Fox. “I’ve never had this kind of engagement, and I’ve built many museums.” 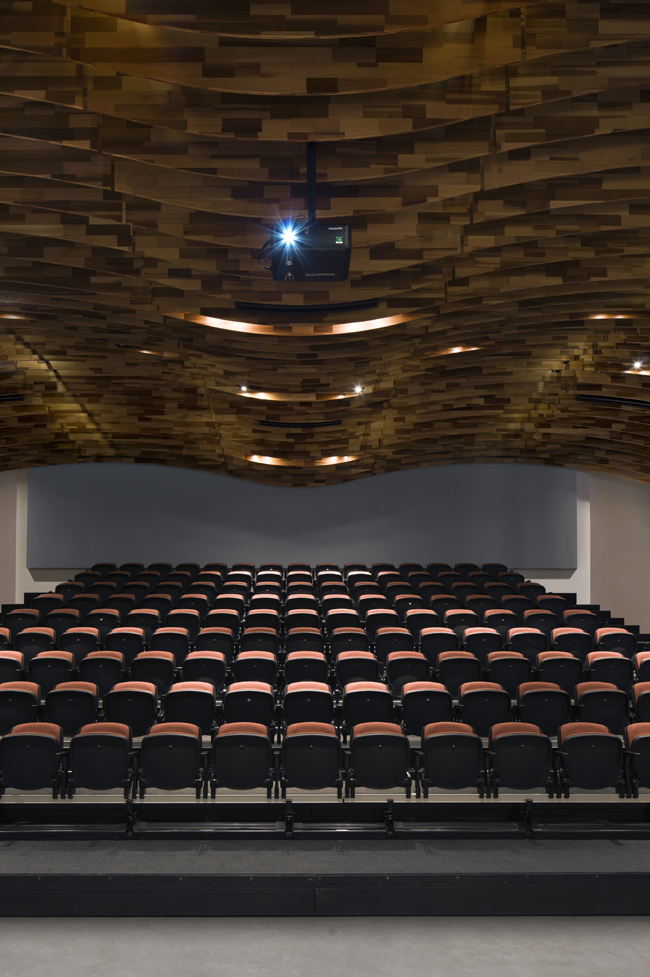 The auditorium’s dramatic wooden roof is both acoustically sound and in keeping with the frontier theme. 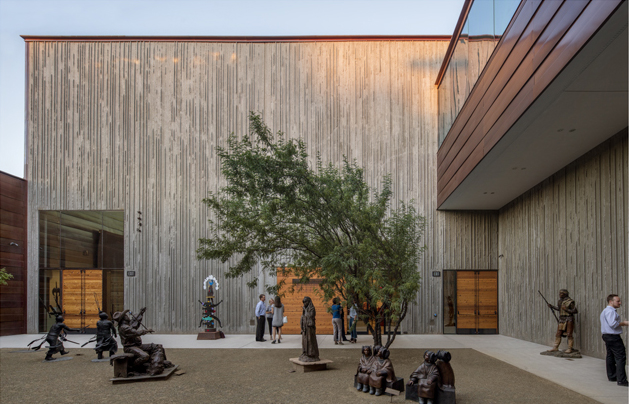 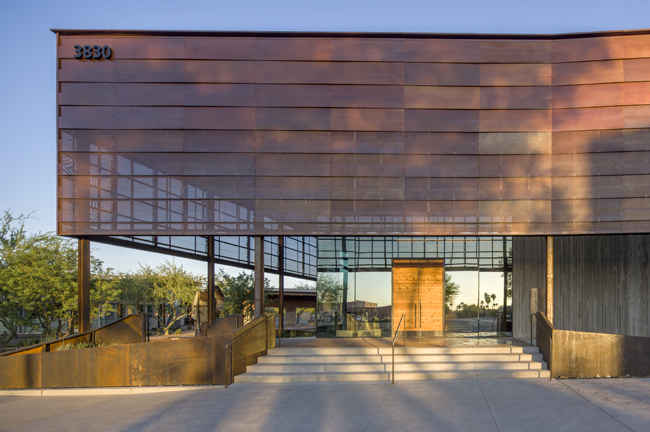 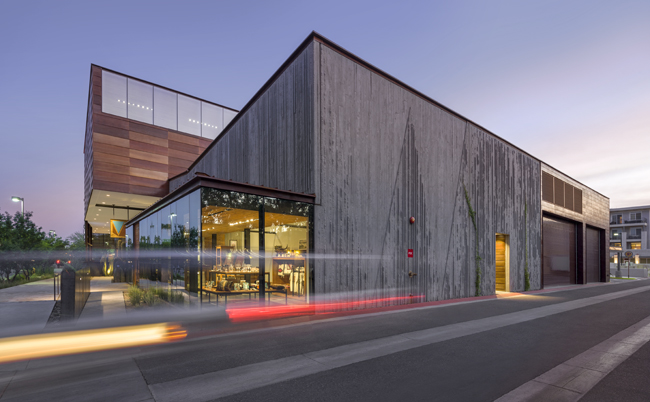