Studying Stress and Wellness in Johannesburg

This past spring eight graduate students from Columbia University Graduate School of Architecture and Planning (GSAPP) traveled to Johannesburg, South Africa, as part of a new initiative between the school and design firm NBBJ. Their joint mission was to gain a new understanding of stress and wellness at the intersection of urban public health, architecture, and cities. Johannesburg is the site of the latest node of the GSAPP’s global Studio-X network to open, at a time when architectural education is becoming more immersive, extending work from the studio to the site and back again.

Johannesburg served as a unique and uniquely stressed environment to study, presenting a possibility for the greatest invention towards wellness. The epidemiological term “social equivalency” became an important concept for our observations of built form, constructed since the end of Apartheid. We focused on three particular areas: Hillbrow in Central Johannesburg, the Bara area within Soweto, and Alexandra.

Prior to the trip, students and faculty alike struggled to gain access to data we found in maps and statistics. But remote access to information is limiting, with a majority of key documents found only in archives and libraries that are yet to be placed online. Therefore the students learned about the city, in part, through close readings of Google Maps, select bibliographies, and data collected by international agencies; later this information would be expanded upon by faculty-organized lectures and symposia. Among other things, this process raised the need to rethink the relationship of the distance separating site and studio 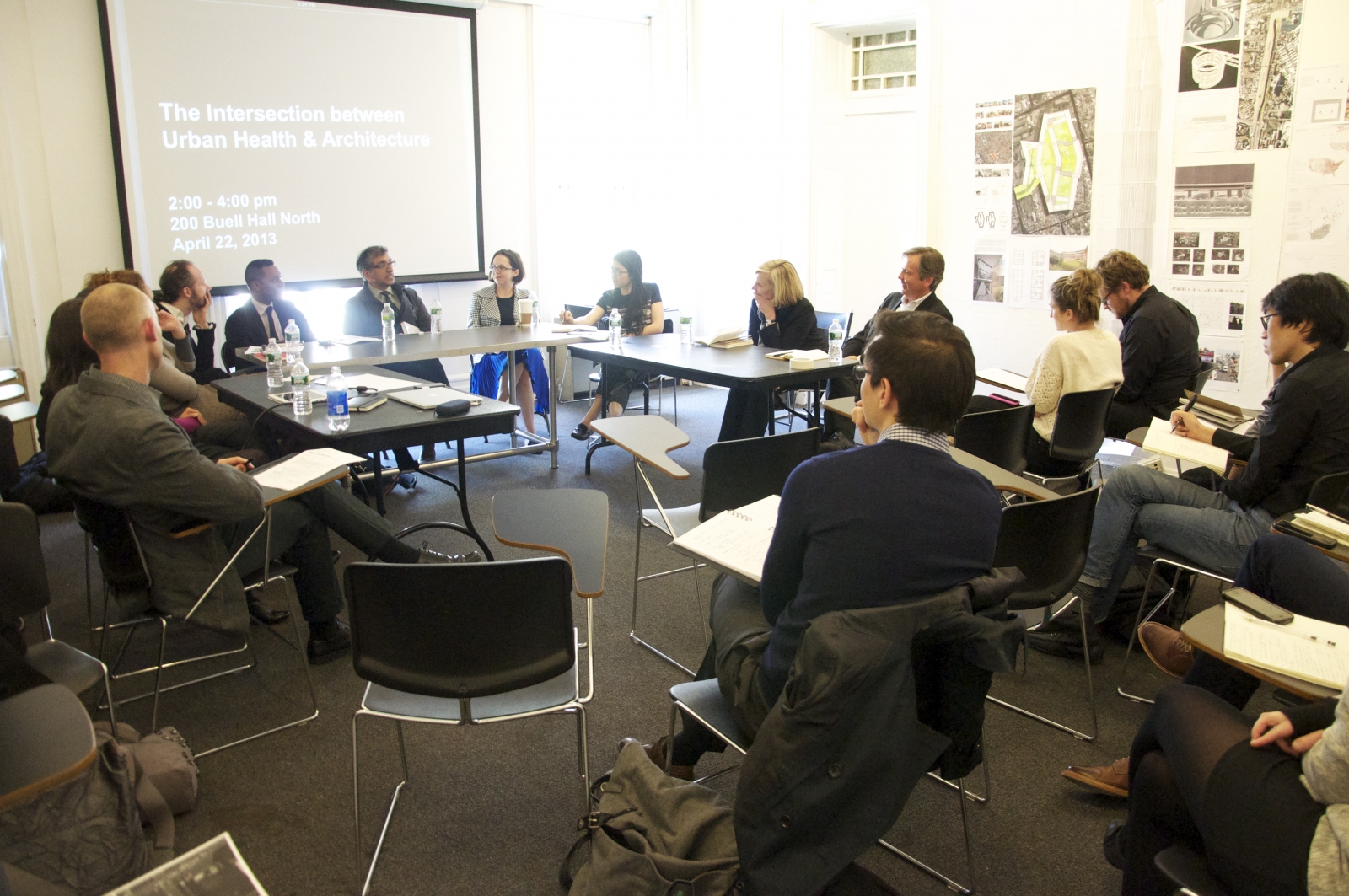 If social equivalency is understood as groups that share similar conditions, typically a measure of one’s health, then it was possible for the studio to undercover situations of social distance. To further this typological study we asked students to explore the relationship to stress and urban form in New York and Copenhagen in comparison to Johannesburg. The layering of public health crises in Johannesburg from the legacy of Apartheid, AIDS/HIV pandemic, and poverty, coupled with lack of infrastructure, decaying buildings, and an increase in the immigrant population, makes the city ideal for observation and in-depth fieldwork. Above all, health, as a subject is revealed to be extraordinary local today.

This condition requires intensively local architectural types to respond to needs through inventive programs. By learning about the multifaceted problems of urban stress, the studio found glimmers of optimism through a variety of wellness-related responses—from commingling housing and building repair guilds, to shelter and sanctuary from gender-based violence, a taxi rank with an assembly hall, and a new city center that fosters education and public space. By interfacing on the ground, the studio as a collective was able to experience social equivalencies, even if their living and housing contexts were radically different.

The same students also traveled to Copenhagen, Denmark, and they engaged in an intensive round-table discussion about public health and architecture in New York City with city officials and public health experts.

Hilary Sample is an associate professor at Columbia University GSAPP leads the studio with Jay Siebenmorgen, principal, of NBBJ New York. Watch for reports from each city they studied.