Designers from RISD, Brown, and the University of Applied Science Erfurt developed a prototypical home that actually generates 50% more energy than it uses.

This summer’s 2014 Solar Decathlon Europe is well underway in France, where a solar-powered village of twenty sustainable homes designed and built by college students from all over the country, has emerged on the grounds of the Palace of Versailles. Students from the Rhode Island School of Design (RISD), Brown University, and the University of Applied Sciences Erfurt, Germany, have teamed up for Techstyle Haus, an 800-square-foot house that’s not only a model of energy efficiency but an elegant piece of design as well.

The structure—which successfully attains the Passive House Standard by using 90% less energy for heating and cooling than a traditional building—is the product of an 18-month-long cross-disciplinary, cross-continental collaboration. “Overall, through classes, workshops and seminars, more than 150 people have touched the project at some point,” says RISD student and team member Allison Chen. “Workshops were held in both Erfurt and Providence, where we designed prototypes. Once construction began we delved deeper into our respective roles—engineering, for example, or architecture or interior design—but we all continued to build the house together.“ 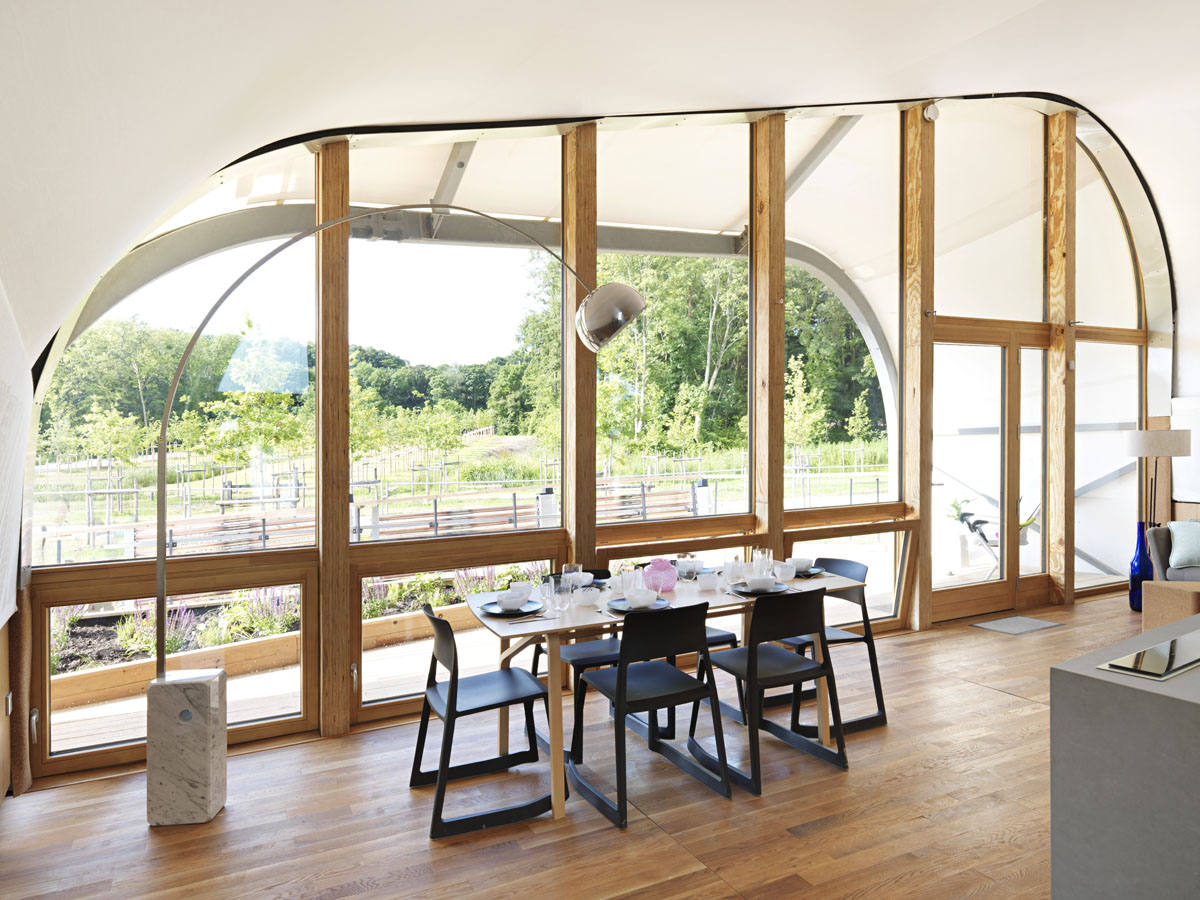 The house, which incorporates innovative, high-performing textiles into its structure, uses a thick layer of insulated to capture heat to repurpose for healing and cooling needs.

The house gets its Bauhaus-inflected name from the high-performance textile shell, which is stretched over the structure, and then covered with a flexible fiberglass material called Sheerfill II Architectural Membrane. This in turn is layered with an EverClean Photocatalytic Topcoat. (An extremely slick and well-produced video explains the process.) According to RISD, this is the first time the material has been used for residential application. 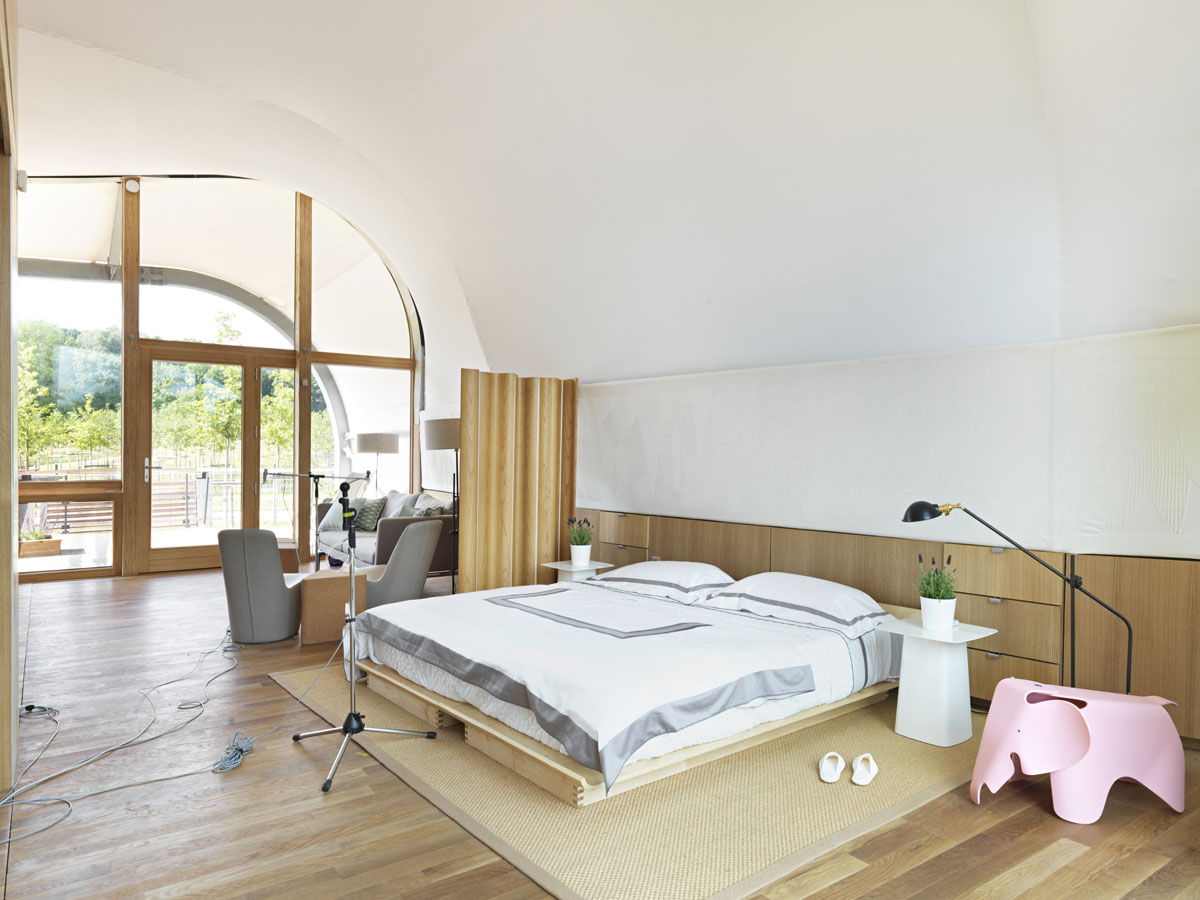 The textile shell is anchored to steel ribs that arch over the open floorplan, creating airy interiors. A kitchen, laundry, bathroom, and mechanical fiitings are packed into a central core. 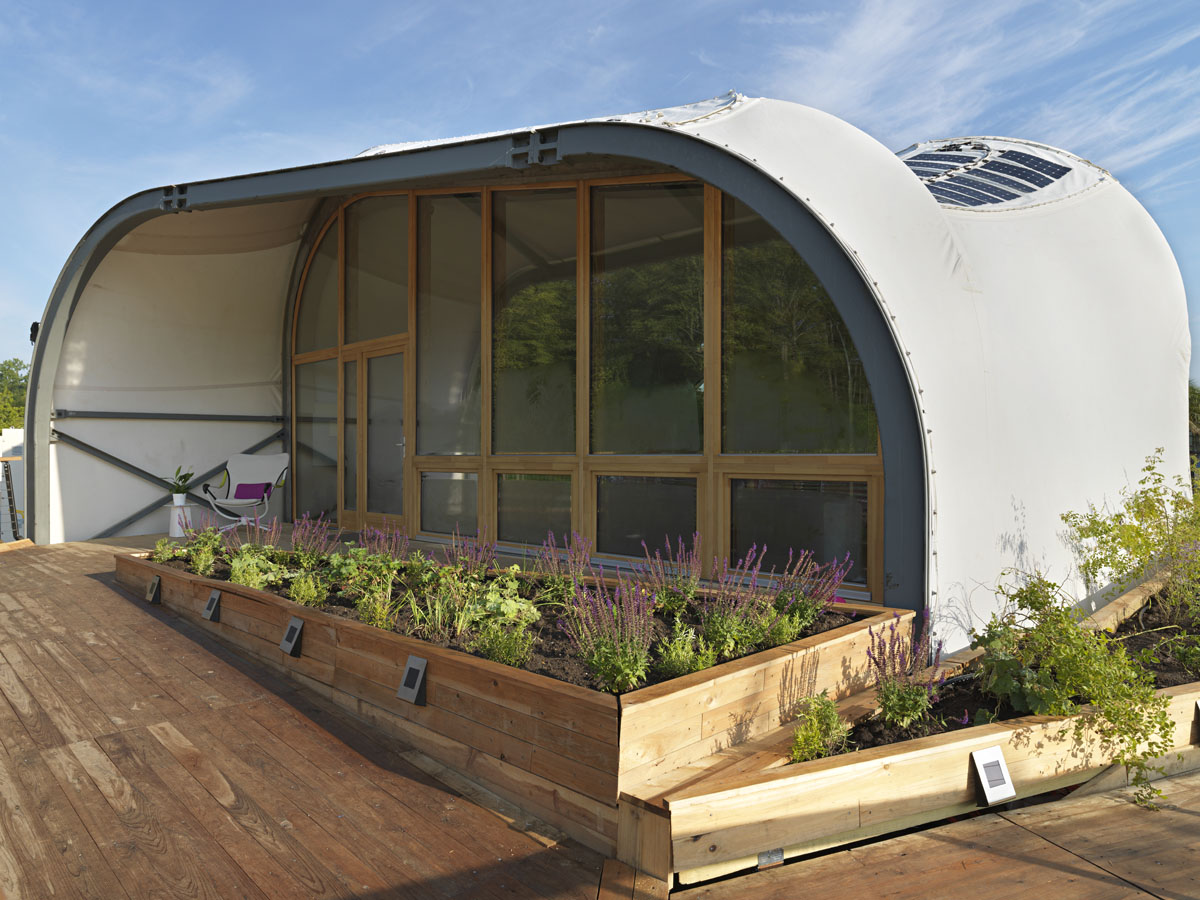 The planters filter rainwater, which is then reused to grow edible plants. Photovoltaic panels are arrayed along the curved roof.

“The difference between the U.S. Solar Decathlon and the European competition is that the European decathlon includes an innovation award,” Chen says. “That really struck our interest, and we began exploring ideas like using algae or having moving parts, and finally someone suggested a fabric house.”

The house was originally constructed in Providence and then disassembled, placed in crates, and shipped to France for relatively easy re-assembly at Versailles. When the competition ends in mid-July, Techstyle Haus will be shipped to Domaine de Boisbuchet, the site of an annual art and design workshop, where it will serve as a living laboratory and teaching tool as well as student housing.

The house is one of twenty sustainable designs competing for the decathlon top prize. Along with the jury selection, one project will receive the Public Choice Award. You can vote for the Techstyle Haus here.