Gerding Edlen on The Softer Side of Real Estate Development

Living in a big city can be hard. If you live in New York, you have probably quoted the famous song, “If I make it there, I can make it anywhere.” But Portland-based developer Gerding Edlen recognizes the need for giving a softer side to the city.They develop buildings that, from my perspective, promise to […]

Living in a big city can be hard. If you live in New York, you have probably quoted the famous song, “If I make it there, I can make it anywhere.” But Portland-based developer Gerding Edlen recognizes the need for giving a softer side to the city.

They develop buildings that, from my perspective, promise to be soft on communities, soft on the environment, and soft on residents.

Gerding Edlen has spoken with Metropolis before, but now they are considering bringing rental development to the east coast, potentially to New York City. I spoke with Mark Edlen, CEO, about their development plans and how those plans fit into cities like ours, “the city that never sleeps.”

“We’ve seen a movement to the cities. Cities are the solution to our global population growth,” said Edlen. His firm recognizes that people see city living as a way to help solve global problems. They also see how it’s becoming more popular to live a mobile and sustainable urban lifestyle.

“We have been at it for over 15 years, and it’s been a progression. It started with energy conservation, then renewable energies, then the US Green Building Council, and now more holistic approaches,” says Edlen. He sees this holistic approach as being more then LEED, adding that the “hardware side” of a building can do a lot for the community and the environment. To prove his point he cites the Oregon Health Sciences University’s Center for Health and Healing, one of Gerding Edlen’s buildings that received a LEED Platinum rating. The building has a net-zero sewage system that treats 100% of all wastewater on site, reclaims the treated water for various uses, and exports the remaining 50% to a river by way of a system of bioswales, a form of landscaping that helps purify water. 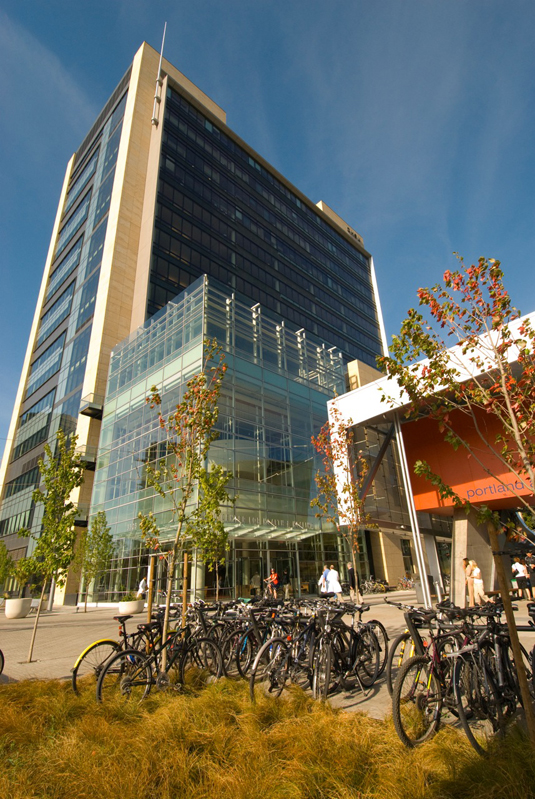 He also talked about the importance of designing for the “software” side of a building– recognizing the importance of the occupants and community. He said his firm is looking at developing rental units in Brooklyn, a borough with plenty of development-wary community groups. I asked about their strategy for working with such communities. “Transparency”, Edlen said. “We have a saying, go early and go often. The more we communicate, the better for [our] investors and for the community.”

He also recognized that the tenants who move into his urban developments are looking to integrate with the existing community and to build their own relationships. So working with local artists and furniture makers has helped bring community into past projects and is a common practice at Gerding Edlen. He also likes to talk about fostering community growth amongst tenants, with amenities like community gardens and tenant competitions for the lowest energy bills. 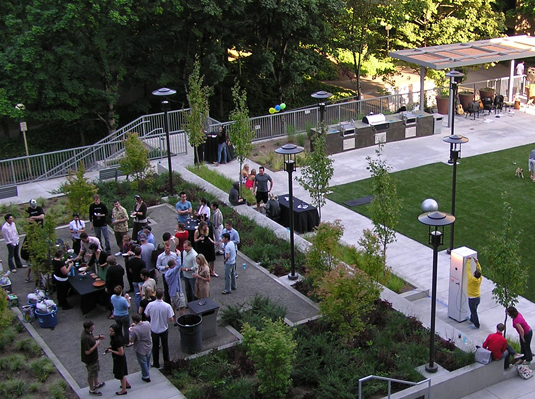 As a young New Yorker, I’m also curious about the costs. “It’s important to develop highly sustainable buildings with market rate [prices]. That means coming up with smaller units that are creatively designed and that function like a much larger unit,” he said. Anyone can have a LEED Platinum building if you can afford to pay for it. But Edlen was very clear about recognizing the affordability issue and called my attention to the firm’s track record, saying, “We have done a number of affordable projects… about 75% [of our developments] include a certain element of affordability.” 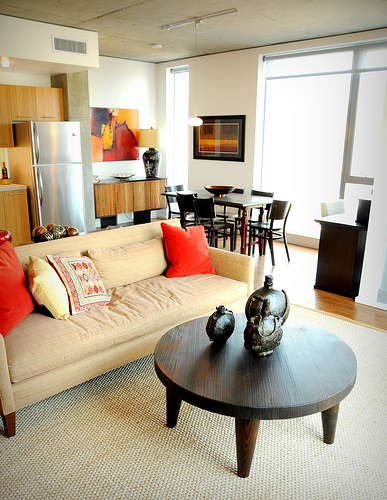 Gerding Edlen knows how to create highly sustainable and attractive buildings, in Portland, Seattle, Los Angeles, San Francisco, Boston and elsewhere. Their strategy for bringing rental units to New York City recognizes that cities provide solutions to the tough global problems while understanding the desires and needs of their tenants. They know that moving to the big city can be hard, but realize that living there doesn’t have to be.