A Toronto Hospital That’s Part of the Neighborhood

An impressive new facility in Toronto makes aesthetics an integral part of its vision for health care. 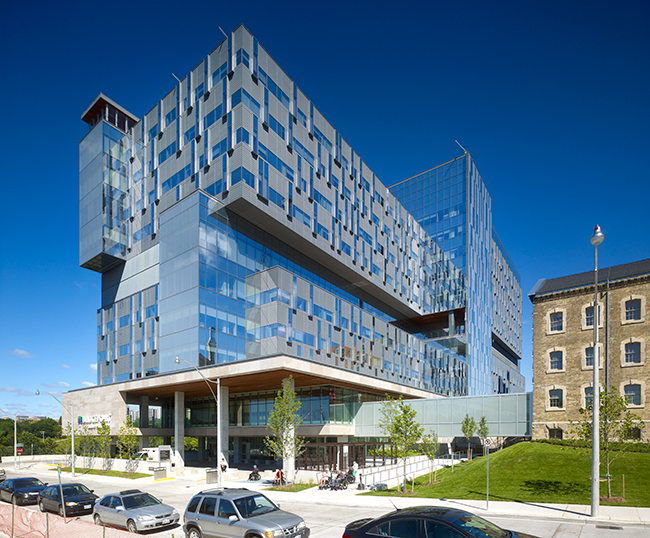 The Bridgepoint Active Healthcare campus includes both a LEED-certified, state-of-the-art facility (above), and a spectacularly renovated historic building, the nineteenth-century Don Jail.

We all know beauty is good for your soul, but it may be even better for your health. That’s the idea behind Toronto’s new Bridgepoint Active Healthcare campus. The exquisite $380-million complex, which opened last June, represents a radical departure from the sort of hospital architecture with which we have lived—and died—for decades. Gone is the notion of the hospital as a place apart, isolated from the world beyond. Today, it has been consciously connected to the larger community. It wants to be fully a part of things, a continuation of the neighborhood in which it sits.

“Bridgepoint is connected to the broader community at a fundamental level,” explains architect and Stantec vice president Michael Moxam, whose ﬁrm partnered with three other  practices­—KPMB, Diamond Schmitt Architects, and HDR—for the massive project. “That means through transparency, views, pathways, entrances, and exits. We want people to be able to see activity and hear the hum of life.” 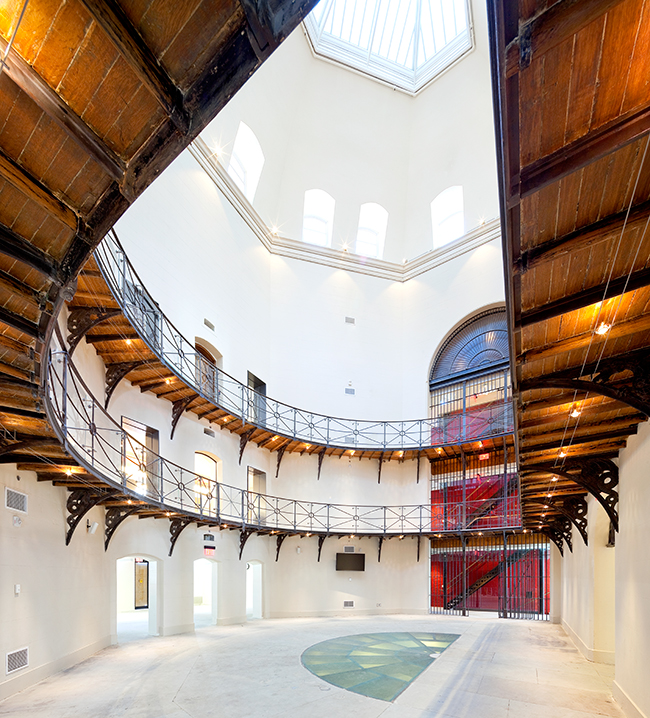 The ten-story mirrored-glass-and-steel structure occupies the site of an early 1960s palliative care facility in a leafy downtown neighborhood. It sits next to the 1865 Don Jail, now magniﬁcently remade as Bridgepoint’s administrative center. Outside as well as in, the hospital looks more residential or commercial than institutional. More than anything, that’s due to the preponderance of windows, which gives it an unexpected exuberance.

As it turns out, however, those same windows are the hallmark of the twenty-ﬁrst-century health-care complex. Indeed, there are exactly 464 pop-out windows—one for each bed. They are large—almost ﬂoor-to-ceiling—openings ﬁlled with ultra-transparent low-iron glass. Because the facility sits on the edge of one of Toronto’s largest green spaces, the views are generally splendid. In fact, the park now reads like an extension of Bridgepoint, as if they were both part of a sprawling urban estate. A series of rock-faced terraces encourage locals to wander past the building, and even stop for a coffee at the ground-ﬂoor cafeteria. Similarly, it allows patients easy access to the green expanse at their doorstep. Bridgepoint’s large therapeutic pool is separated from the park by nothing more than a glass wall.

“The distinction between public and private space has been blurred,” says Greg Colucci of Diamond Schmitt Architects. “If you can see greenery, it reduces blood pressure. We want to provide amenities for patients as well as the neighbors. It’s also a way of getting patients ready to get back out there.” 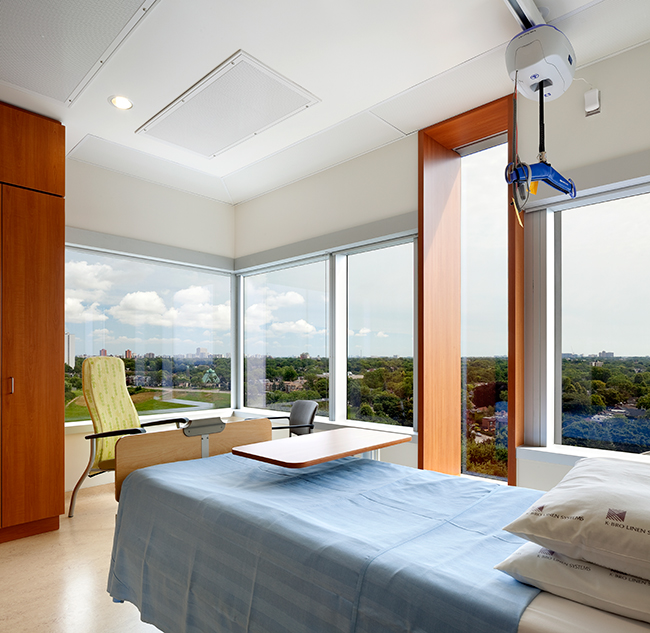 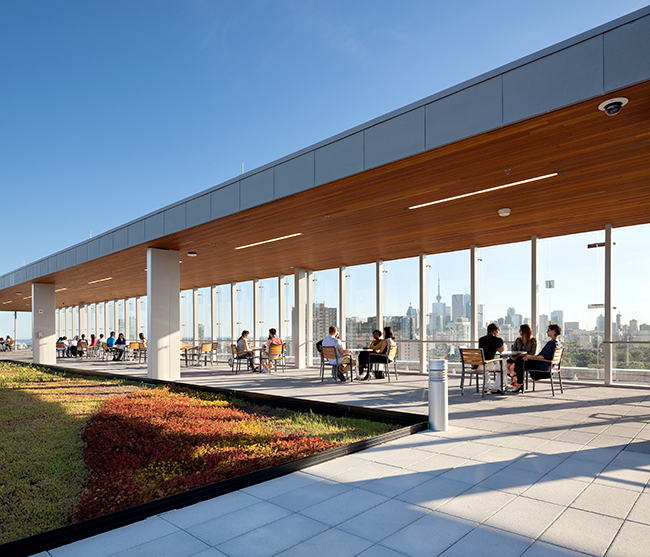 The rooftop garden is another way the boundaries between indoor and out are blurred.

Anyone tempted to view such measures as expensive frills might want to hear what Bridgepoint’s ever-practical president and CEO, Marian Walsh, has to say. Long accustomed to dealing with hard-nosed bureaucrats and bean counters, she is the furthest thing from a wide-eyed idealist. Walsh speaks of economic efﬁciencies and value-for-money as easily as the healing power of aesthetics. The point, she insists, is that those elements that make a building beautiful—natural light, fresh air, ﬁne materials, great views—also encourage healing. She expects hospital stays will be reduced from a current average of 90 days and that patients will return less often.

Those patients have experienced some sort of trauma such as stroke, organ transplant, car accident, and the like. They have been released from intensive care but still require weeks or months of recovery. According to Walsh, Bridgepoint will enable the province to save about $4 to $6 billion annually.

“We had to convince the provincial government of the value of design,” Walsh says. “It needed to be really well done. The Health Ministry is using Bridgepoint as an exemplar of what a complex-care hospital should be like. Right now, in the province of Ontario, one
percent of patients account for thirty-four percent of total health-care costs. We expect to treat the same number of patients here in three years as we used to treat in six to seven years.”

That’s what clinched the argument. Beauty may be skin deep, but never underestimate its inﬂuence on the body politic