“Utopia Ltd.” Revisits The Unbuilt Dreams of the Russian Avant-Garde

A new London gallery explores the revolutionary architectural and sculptural work of the Russian Constructivists.

There’s an unmistakable irony that a gallery show devoted to the Soviet avant-garde would adopt a term from the world of British business and finance for its title. Yet this is precisely what the curators of London’s GRAD Gallery chose for its ongoing Utopia Ltd. exhibit, which opened in a space near Oxford Circus back in late October and concludes its run next week. Nothing could have been further from the minds of the Constructivists than the idea of incorporation under the commonwealth (the Brits at the time still commanded the high seas, and were thus primarily responsible for the naval blockade against Russia). Gustav Klucis, El Lissitzky, Aleksandr Rodchenko, and Vladimir Tatlin — the artists featured in the gallery — all saw themselves as working to build socialism.

Still, there’s something strangely fitting about this fate if one abstracts from the term’s private enterprise connotations. Limited companies are based on individual investments toward a common project, which was undoubtedly underway in the USSR during the 1920s. Much of Constructivists’ energy was, in fact, spent designing posters, platforms, and placards to promote the fledgling Soviet regime: some of which could be considered classic agitprop, but others of which are more reminiscent of advertising. In either case, the models and artworks currently on display at the GRAD Gallery have had far-reaching effects, well beyond their original intended purpose. Much of the focus at Utopia Ltd. concerns the influence of Constructivism on subsequent artists, architects, and designers over the course of the twentieth century. The gallerists at GRAD mention Zaha Hadid and Rem Koolhaas as notable examples, but the list potentially runs much longer. 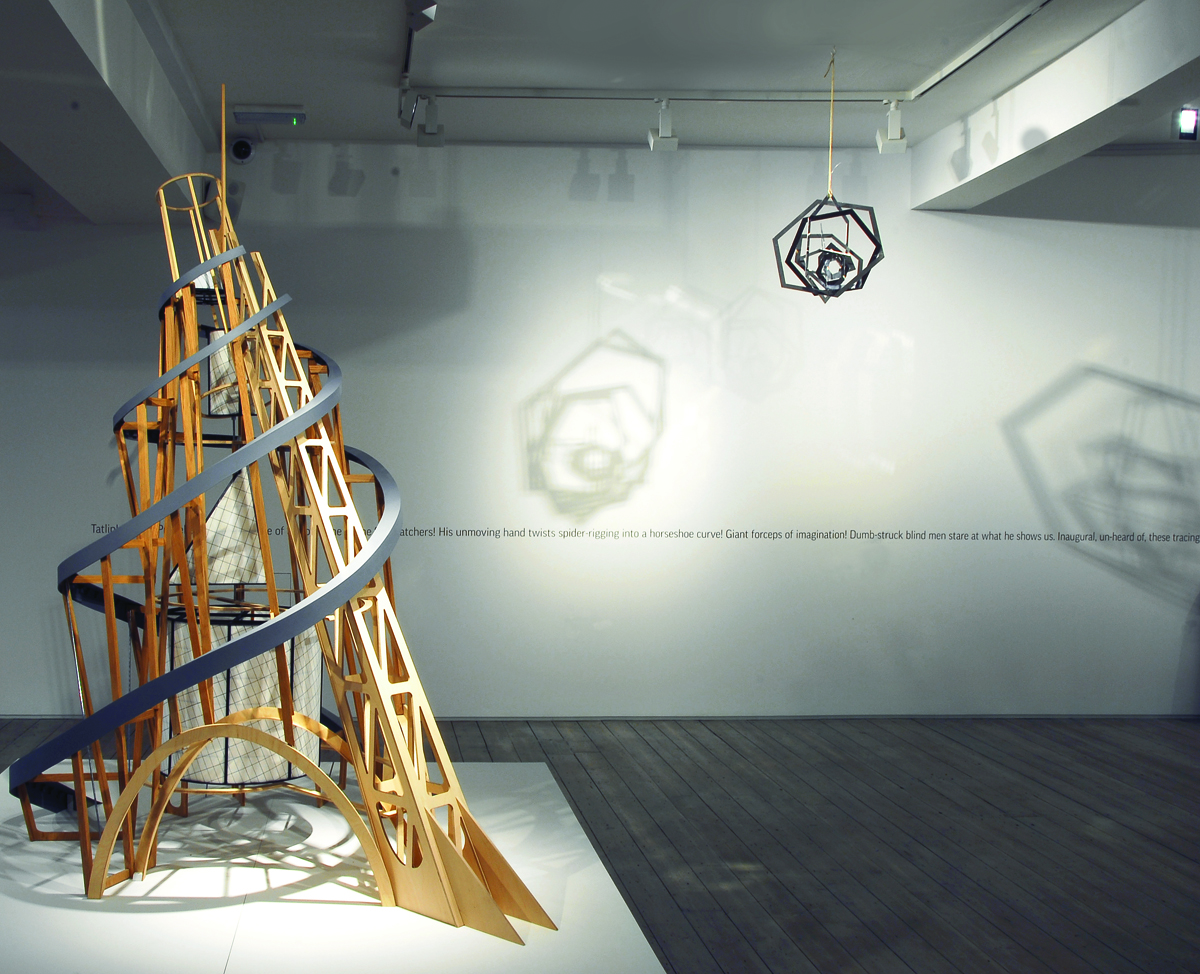 Henry Milner, the model-maker behind the Constructivist reconstructions in London, himself comes from a family obsessed with Russian art. “My father is an expert in Russian contemporary art, so I’ve grown up with these works in the background,” Milner explained to Metropolis in an interview. “We often work together on shows.” This intimate familiarity with the Constructivist movement and its leading protagonists is clearly evidenced by the works included in the exhibit and Milner’s handling of them. GRAD director Elena Sudakova immediately took note of the affinity between Milner’s work and that of Tatlin, Rodchenko, Klucis, and Lissitzky, and commissioned him for the project shortly thereafter. As Sudakova reports, a number of incidental discoveries were made along the way thanks to Milner’s sheer diligence.

“When Henry was building the Letatlin [a non-functional flying device],” she recalls, “he realized why Tatlin used this particular type of ash, which proved to be the only kind of wood suitable for the structure.” Far from being an arbitrary decision of the artist, it turns out, the use of this specific variety of ash necessarily flowed from the method Tatlin adopted in constructing the object. “Henry was very precise in trying to recreate the artist’s initial idea in case of each object,” she adds. “In this sense for us, he was a mediator of Constructivist vision who translated the revolutionary ideas of the beginning of the 20th century into contemporary pieces.” 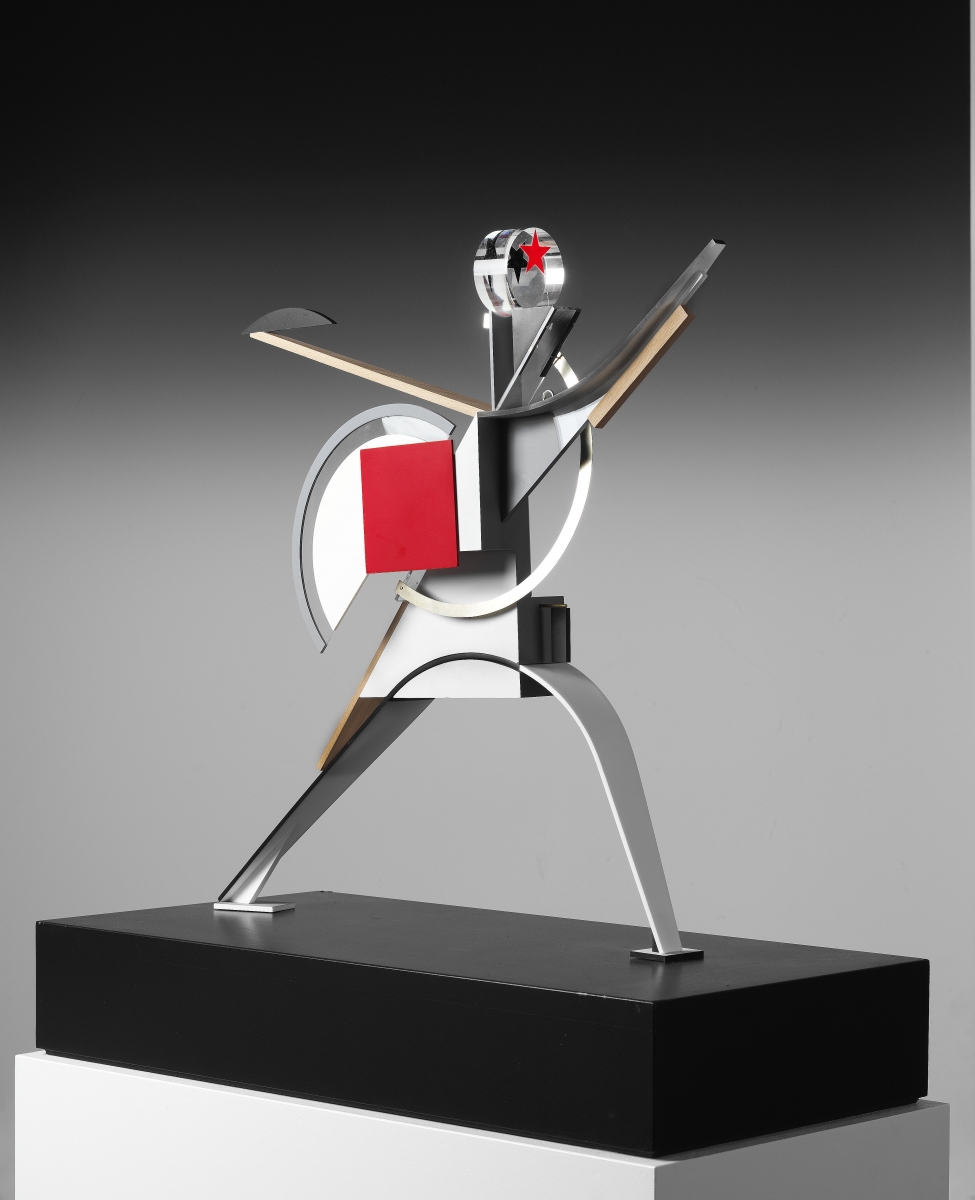 Other works afforded a bit more leeway in terms of their realization. Lissitzky’s “New Man,” for example, part of a 1922 poster he designed for the opera Victory over the Sun, had never been rendered into three dimensions. Making the leap from the flatness of a billboard to a fully fleshed-out model required considerable imagination, but Milner was clearly up to the task. A similar procedure was used to reconstruct Klucis’ radio tribunes, which had been little more than graphic experiments expressing revolutionary themes. In Milner’s hands, the latter’s ‘Design for a Stand with Rotating Slogan’ becomes a striking piece of installation art, radiating with the colors of revolution. Here, though, Klucis’ striking kiosk does not hold printed manifestos, nor political treatises, but instead, the copies of the exhibit’s catalog.

Without question, the most iconic model Milner rebuilt is Tatlin’s Monument to the Third International. Proposed in 1919 amidst an upswell of revolutionary fervor, the Monument was to be taller than the Eiffel Tower, then the tallest manmade structure in the world, dwarfing all other buildings along the Petrograd horizon. “Tatlin, the most forceful and clear-sighted master of our age,” the critic Nikolai Punin wrote upon its unveiling, “has denied the artistic value of the monuments now being erected; he proposes an entirely new and mathematically true form of monument.” The actual vanguard of the October Revolution, men like Trotsky, took a more sober view. Even then, they did not deny the significance of Tatlin’s piece. As Trotsky recorded in his 1924 treatise on Literature and Revolution, “Tatlin is undoubtedly right in discarding from his project all national styles, allegorical sculpture, modeled monograms, flourishes and tails, subordinating the entire design to a correct constructive use of material.” Milner captures the grandiosity of the Monument, its surging forward into the future. While it’s not as huge as the recreation outside the Royal Academy in London, erected 2011-2012 for the Building the Revolution exhibition, it more accurately shows Tatlin’s implementation of multiple materials such as wood, metal, and glass. 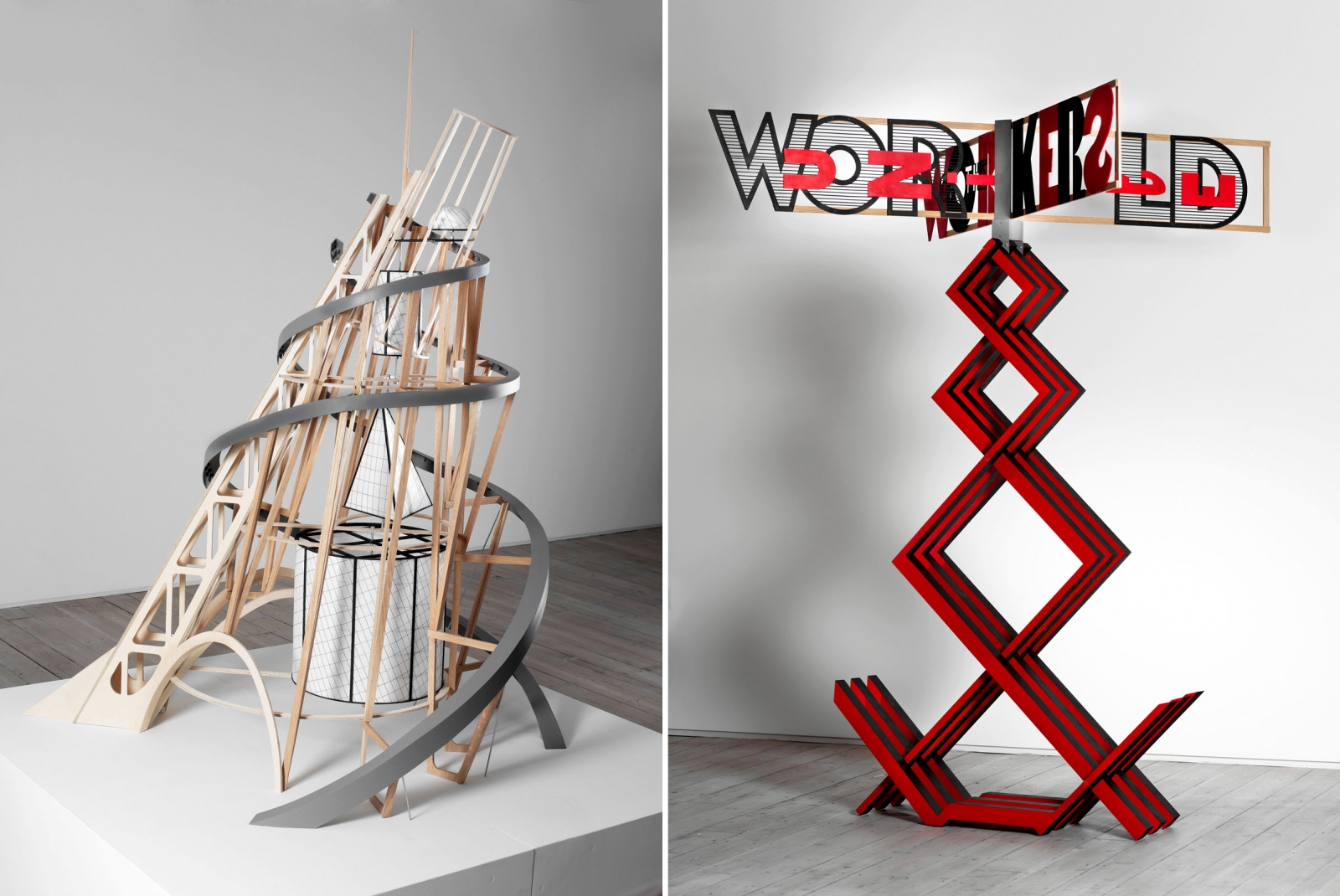 Utopia Ltd. does not claim to be comprehensive in its selection of works from the period, in contrast to the Building the Revolution exhibit a couple years ago, but the GRAD Gallery should be commended for choosing a fairly representative sample and commissioning new models. The Constructivists would probably be less than flattered by the comparison of their work with the multifunctional folding furniture of Ikea, but then again a lot of the distaste for “Ikea modernism” (as Owen Hatherley has called it) rests in the way it has cheaply and superficially wrenched modernist forms from the utopian context for which they were envisioned. Same goes for Zaha and Rem, frankly.

The show runs through December 20.