Visiting the 9/11 Memorial in Lower Manhattan

All photos by Paul Clemence Last weekend I went to check out the new World Trade Center; I’ve been following its rise from my window in Brooklyn. I was prepared to deal with hoards of sightseers and extra-tight security, this being the weekend before the 9/11 anniversary. Though curious to see the National 9/11 Memorial, […]

All photos by Paul Clemence

Last weekend I went to check out the new World Trade Center; I’ve been following its rise from my window in Brooklyn. I was prepared to deal with hoards of sightseers and extra-tight security, this being the weekend before the 9/11 anniversary. Though curious to see the National 9/11 Memorial, I had not had a chance to do the required online application for tickets, so I was resigned to catch glimpses of it from the outside. But that was not the case.

After taking a few shots of the Freedom Tower, which seemed to show little external progress from last year, I tried to peek inside, unsuccessfully. Other than distant views from the World Financial Center, the memorial site is very much screened off. So I attempted to flash my press credentials to get in. I was told that a few blocks away, at the 9/11 Visitor Center, they give away tickets for same day visits. With my ticket in hand I was ready to go in. And after breezing through an airport-style security system (much more efficient and polite than the usual TSA routine), I found myself entering the park that surrounds the twin waterfalls. 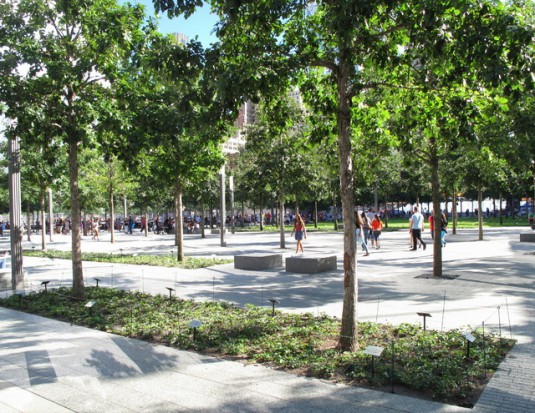 The sound of the falling water was what first struck me. Its full, intense crash surrounds you at once, as if you’re in a “sound tank”, creating a sense of being here alone, in spite of being in the midst of hundreds of people. People are everywhere, some right next to you, but the sound of massive quantities of water falling down mutes the chatter and creates a very personal experience. Whether this aspect of the design was intended or not I am not sure, but I found it successful and appropriate for the atmosphere this place requires. Upon entering the tree-covered plaza, you’re immediately drawn to the pools, every bit as impressive as I had imagined them to be from the renderings I’d seen. Their scale in person is even larger than I expected, or maybe it’s the waterfall sounds that dramatize their scale. 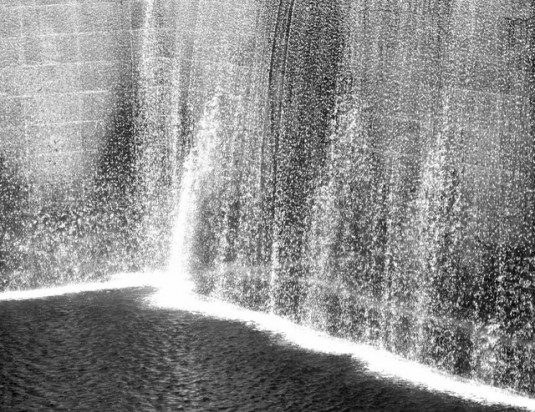 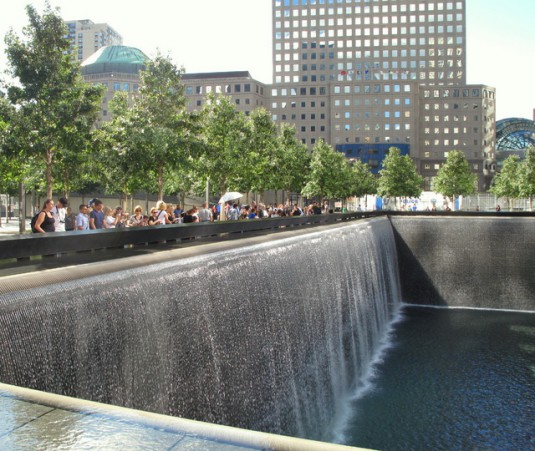 The emptiness of the vast excavated space speaks of loss (with the central, darker square recess adding a layer of mystery). But the masterful use of water lightens the moment and gives the place an uplifting, poetic quality. The square pools are about one acre in size and the massive water falls that cover their surrounding walls drop 30 feet and create a reflecting pool that slowly runs to the center, where it disappears into the smaller square. The wavy liquid surface reflects the sun and plays against the stark geometry of the granite cladding, bathing the solemn feeling in lightness. 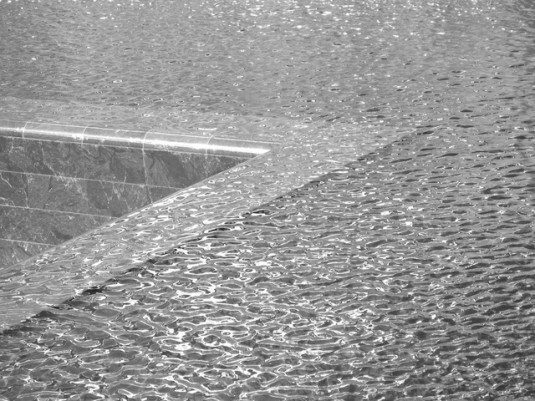 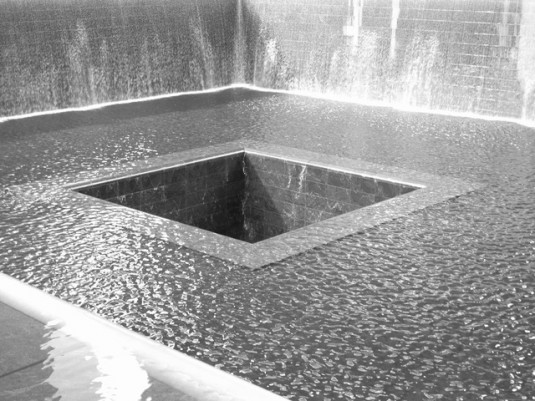 Another very smart decision, placing the pools in the footprints of the twin towers, makes the buildings’ missing presence very clear and direct. I stand where once the two major structures reached to the skies, where thousands worked and visited going about their lives, but now what I see is nothingness. The design is a dramatic reminder of the all that happened high above as we gaze down into the void, poignant and beautiful. 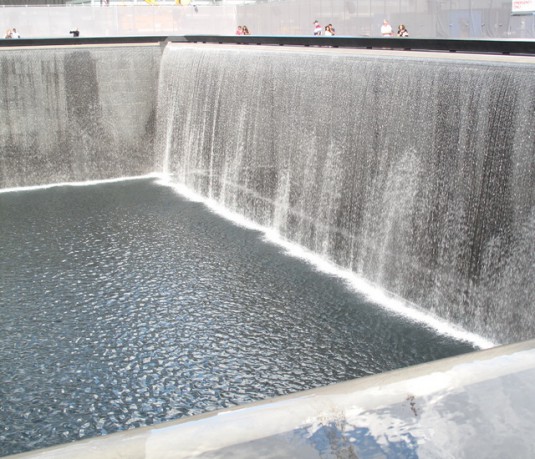 There have been many changes from the original design by Michael Arad and Peter Walker. This, of course, is usual in large-scale projects that involve many interests. And there’s been some controversy, of course, centered on cost over-runs and funding disputes. But the essence of the original design is still there. It is strong and effective. The memorial merges design and art and makes the connection between the vacuous absence brought by the events of that day, 11 years ago today, and the here and now. The continuous flow of life, the celebrating the lost ones and the inspiration to go forward—just like a memorial is supposed to do. 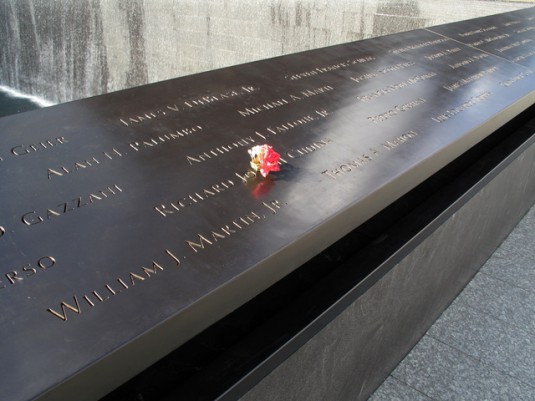 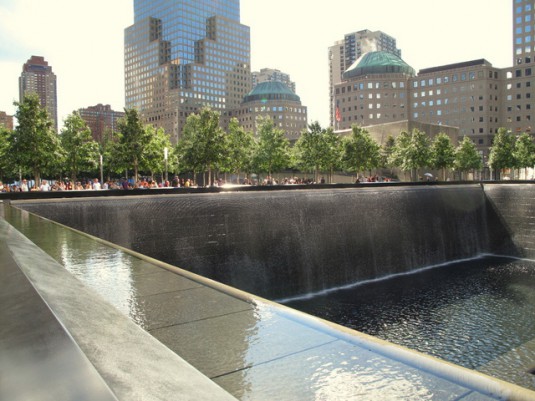 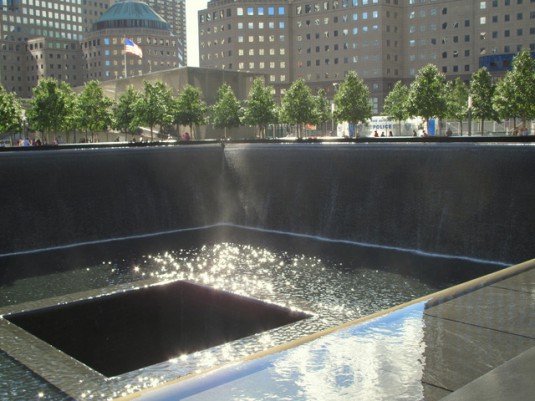