The architect has big plans for this year’s biennial. Will it be radically removed from previous programs, as Koolhaas suggests?

When the 14th International Architecture Exhibition at the Venice Biennale, provocatively titled Fundamentals, opens this June, it is bound to produce controversy.

True to form, its director, Dutch architect Rem Koolhaas, a master at harnessing the drama of the contrary, has promised a biennial quite different from those that have come before. Under his gaze, rather than spotlight the specific works of contemporary architects, his biennial will focus on larger historical dynamics, going back in time and, literally, back to the basics.

In Koolhaas’s words, “Fundamentals consists of three interlocking exhibitions—Absorbing Modernity 1914-2014, Elements of Architecture, and Monditalia—that together illuminate the past, present and future of our discipline. After several architecture Biennales dedicated to the celebration of the contemporary, Fundamentals will look at histories, attempt to reconstruct how architecture finds itself in its current situation, and speculate on its future.” 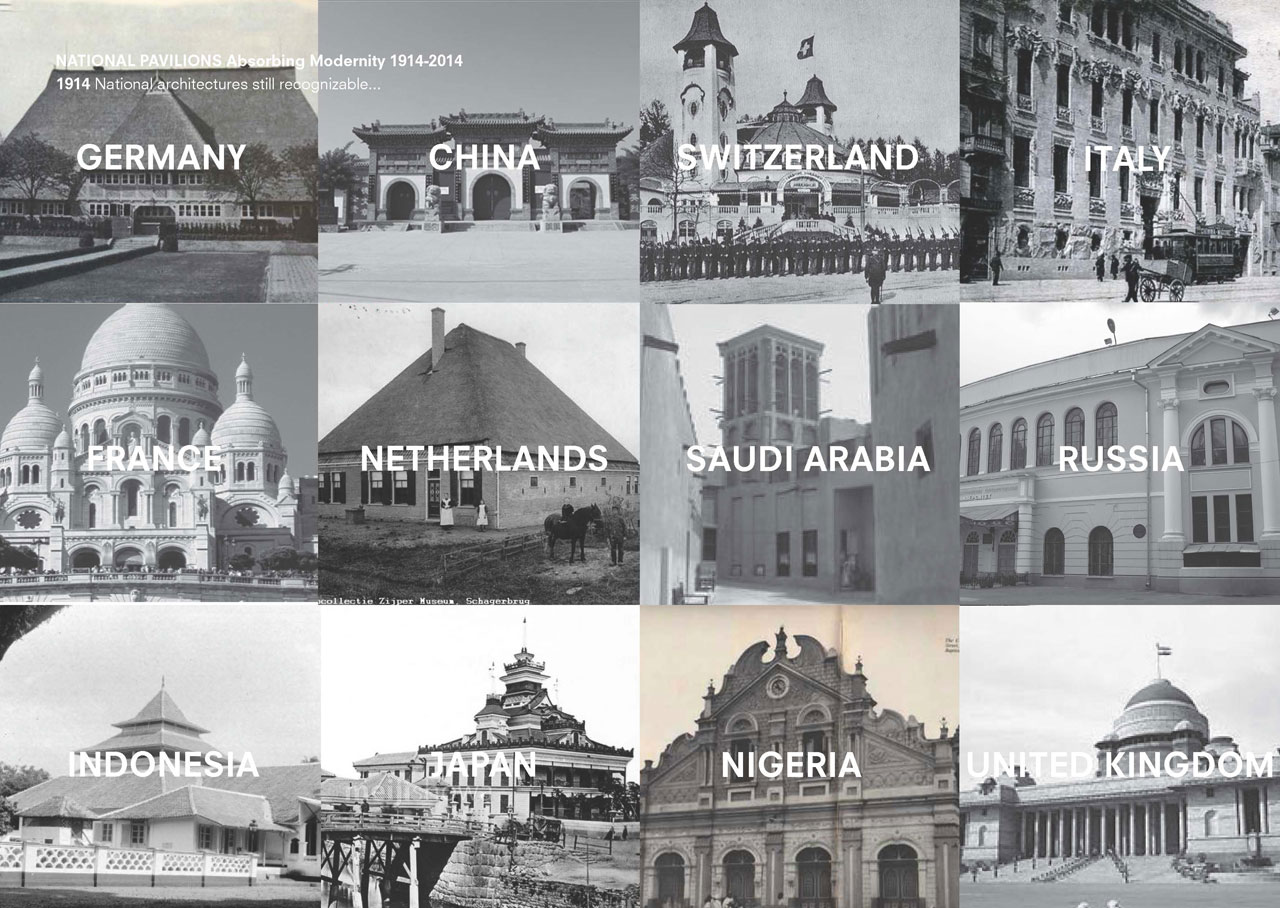 Absorbing Modernity: 1914-2014 looks at a century’s worth of “national” architectural devices and how these have been eroded by the effects of globalization. Elements of Architecture is what you might imagine, covering basic, even mundane building parts like stairs, balconies, and, no doubt, toilets. The third, Monditalia, will present a cross-section through the host country’s arts and industry.

To understand the direction Koolhaas is taking things in, it helps to see his biennial plans as part of the evolution of his thinking. Going as far back as 1978, in his seminal work, Delirious New York, the screenwriter-turned-architect, redefined our understanding of something we thought we understood, New York City, by looking at it like a kit of parts and a sequence of ideas. He has been busy redefining ever since, examining the outer edges of architecture and urbanism through subsequent books like S,M,L,XL (1995) and tomes like The Harvard Design School Guide to Shopping (2002). His practice, Office for Metropolitan Architecture (OMA) in Rotterdam, is, in many ways, also about redefinition—reconceptualizing, for instance, typologies like the library (Seattle Public Library) and the office high-rise (CCTV). 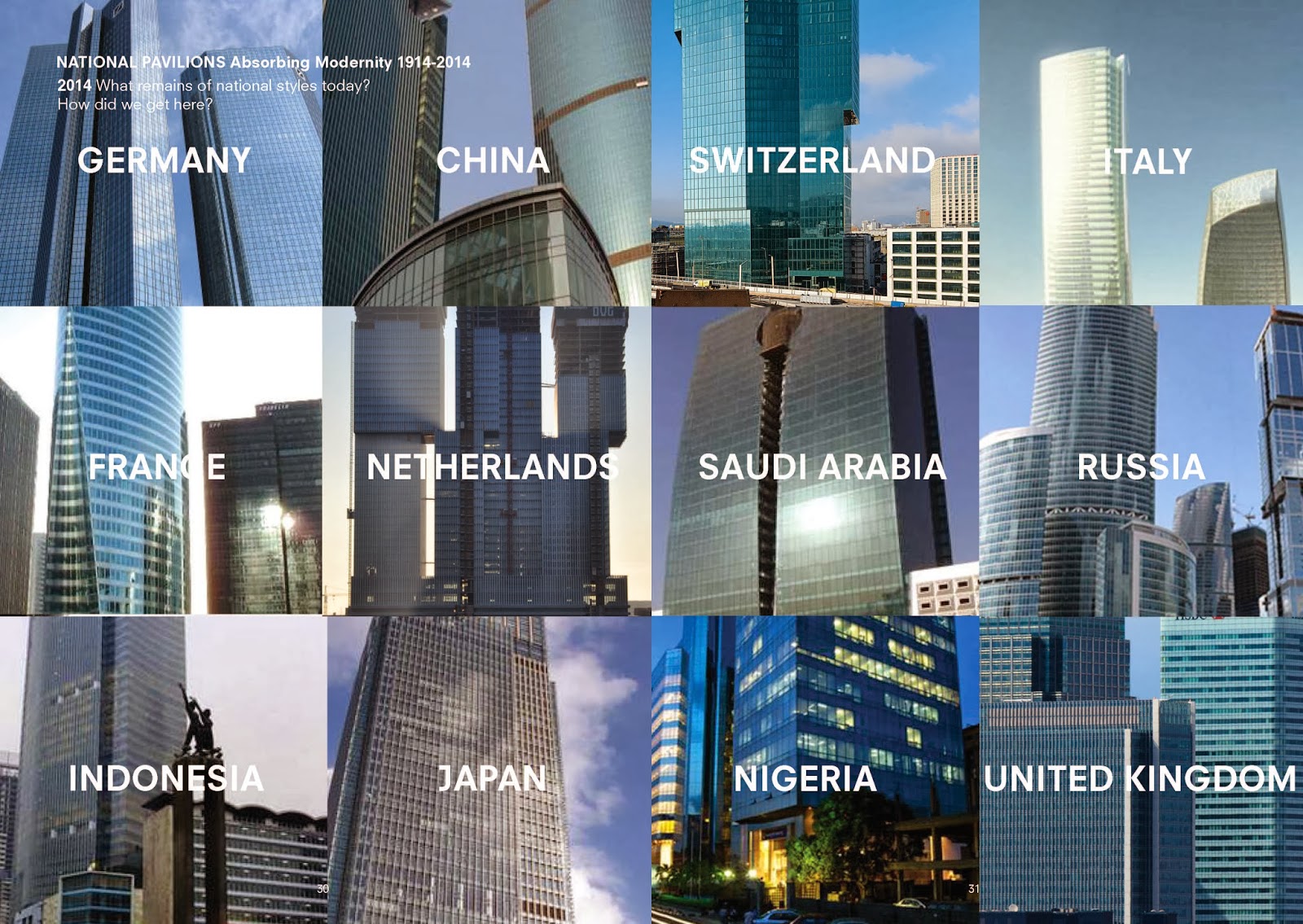 Compare this slide with the last; in the last century, it’s clear that globalization has fostered homogenous modernities, at least in architecture.

He is also no stranger to the Venice Biennale. Back in 1980, when participating architects were asked to address the theme “The Presence of the Past,” almost all did just what the agenda seemed to be calling for, that was, to make the past present itself, garish colors, frumpy ornament, and all. Going against the then vogue trend towards postmodern classicism, Koolhaas was one of the only architects to not employ obvious historical references. As that biennial (and much of his subsequent polemical work) proved, Koolhaas approaches problems critically, and this has a tendency to produce difference.

This year’s biennial’s three-pronged approach is interesting, but its most encompassing facet, Absorbing Modernity: 1914-2014, is both the most current and problematic. The program calls on all 65 national participants to examine their architecture through a Koolhaasian project of difference. The objective is to show “the process of the erasure of national characteristics in architecture in favor of the almost universal adoption of a single modern language and a single repertoire of typologies,” says Koolhaas. Underlying this is the subtle domain where the architect may be at his best: irony. Just beneath the surface of the supposed “universal” lies hidden ways for national or cultural characteristics to re-emerge, albeit differently.

Koolhaas’s biennial attempts to show the ‘erasure’ of national identities and the emergence of a universal.

Of course, attempting to define these regional characteristics can easily lead down the rabbit hole. Such things tend to be contingent, more moving targets than fixed categories. To what degree do our buildings embody our differences or similarities, and are architects actually able to articulate this? Does it matter? Moreover, this is by no means a new issue. In post-colonial locales, such as China, architects have been wrestling with issues of history since the 1800s, trying to define a new national identity that isn’t merely “borrowing from the west.” And there is a great deal of slippage between what is “national” and what is “universal.”

Absorbing Modernity also has the potential to engage issues like permanence and preservation, what gets valued, and what it means to be modern, contemporary, or a “nation” under the influence of globalization. As Koolhaas states, this involves “significant encounters between cultures, technical inventions, and hidden ways of remaining ‘national’.” This is, of course, just another day in the office for architects who practice globally. What seems to be taken for granted is that the flow of modernity runs from advanced “west” to historic and cultural “east” and “south.” It would be interesting to see, for example, what influence the “east” has had on Western modernity as expressed in architecture.

And what are the implications? It is very likely the research will show that when it comes to buildings and cities we are increasingly similar in different ways and increasingly different in similar ways. There are ebbs and flows in how we materialize identity, or whether we bother to at all. Will this mean anything to non-architects? Well, that may not be the point of the Architecture Biennale anyway. In this sense, then, Koolhaas’s biennial may not be that radically different from all the others. But at least it’s ambitious.