Will SoMA’s Start-Up Arrivals Be a Catalyst for Good?

The San Francisco SoMa neighborhood is booming but the infrastructure still leaves a lot to be desired.

It’s the New Year, but here in San Francisco (to quote that great American philosopher, Yogi Berra) it’s déjà vu all over again. After a year of growing optimism about the economy, I feel a dot-com fever coming on. Apartments and even condos are rising all around South of Market (SoMa), the hub of the city’s tech industry—and we’re following new commercial leases like celebrity marriages. Did you hear? Salesforce just signed an agreement for all 27 floors of 350 Mission, a Skidmore, Owings & Merrill-designed tower now in construction. This topped off a year of big moves in SoMa by Twitter, Square, Zynga, Yammer, Airbnb and other tech darlings. According to reports, the demand is driving some owners of Class A office buildings to strip vacant floors back to the structure in hopes of boosting their “creative space” appeal. 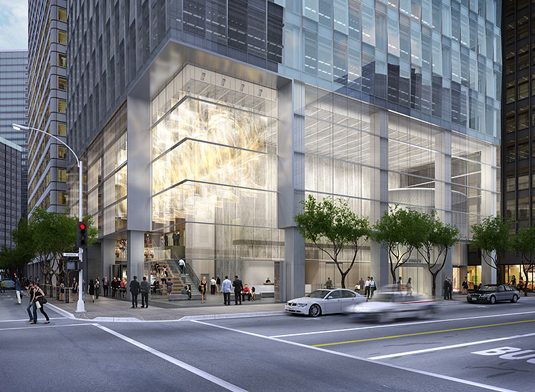 Like their dot-com predecessors, this new cast of entrepreneurs prizes SoMa’s stock of historic mid-rise, light-industrial buildings. Those around Third and Brannan Streets are considered some of the hottest properties in the city (or so I’m told by friends fretting over looming lease renewals). In the gnarlier corner of SoMa where I share an office space, itself a dot-com relic, anticipation is running high. Even a nearby church, vacant since the 1989 Loma Prieta earthquake, is up for grabs. 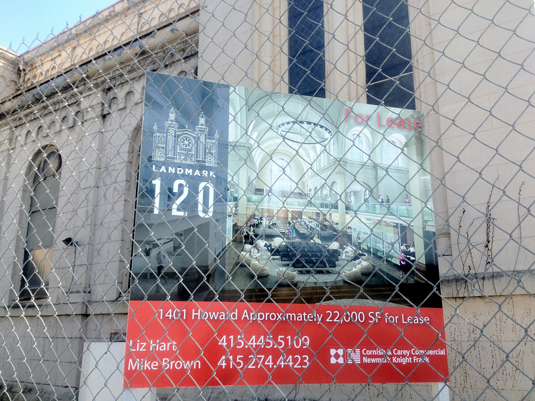 More than our collective real estate fixation, there’s a familiar vibe. Having lunch at our go-to Thai place, you can’t help but notice them: Pods of tech workers, mostly guys, many still shedding the awkwardness of adolescence, but talking like they own the future. It’s impossible not to take in the excitement of it all, even as you roll your eyes. 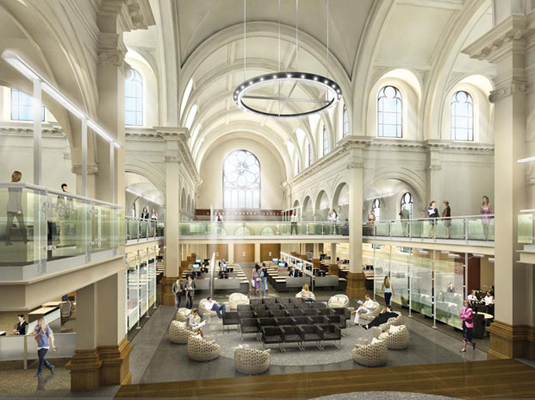 It’s no surprise, then, that the parties have returned, along with the town cars, though thankfully not too many stretch Hummers (so 1999!). In anticipation of, or perhaps out of nostalgia for headier times, there’s an uptick in ventures blending workspace and event space, and a newer concept, “innovation colonies,” has arrived on the scene. They’re a kind of live/work coed frat house for young entrepreneurs, not to be confused with the proliferating start-up boot camps. Whether it’s true or simply denial, but everyone keeps insisting that this is not the inevitable boom before the inevitable crash. It’s different this time, they say, the businesses are real, the venture capitalists and fiscal managers are more circumspect. What’s a city to do?

For all of its exuberance, the previous dot-com and housing booms didn’t do a lot to make SoMa a better place. Its long blocks, dominated by fast moving cars, are some of the city’s worst in terms of pedestrian injuries and fatalities. Maybe it’s asking too much to expect the city’s economic hub to also be a pleasant and safe place to walk, but I’m curious to see if, this time, SoMa gets more out of the deal than a new crop of buildings and some places to drink. 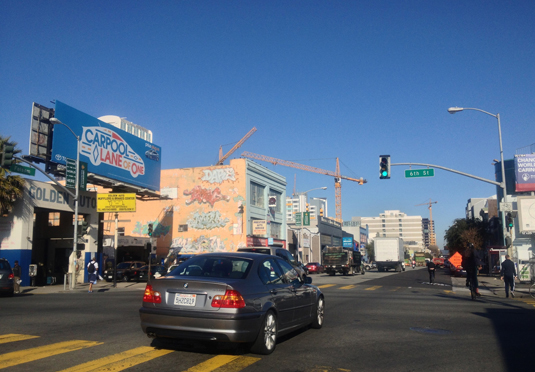 The city, for its part, has a planning initiative underway, the Central Corridor Plan, which aims to densify commercial and residential uses, make streets more pedestrian and bicycle friendly, and add open space in the heart of SoMa. It isn’t exactly visionary planning work, but it is taking a comprehensive view that is encouraging. What makes me optimistic about the city’s future are two shifts born out of the recent bust—the share economy and a scrappy approach to pushing good ideas forward—along with the popular embrace of cities as centers of innovation and planet-saving efficiency.

Architectural and urban historian Mitchell Schwarzer once attributed San Francisco’s blossoming taste for modern architecture to the connoisseur culture created by dot-com wealth. This time an influx of car sharing, bicycle riding, ecologically-minded urban tech workers, in contrast to their Audi TT-driving forebears, could provide a timely groundswell for things like streets for people and high-speed rail. Only time will tell. I was going to say, buckle up for the ride. But maybe I’ll just take my bike.

Yosh Asato is a design communications consultant based in San Francisco. She is a co-founder of TraceSF www.tracesf.com, an online journal, and StoreFrontLab www.storefrontlab.org, a yearlong exploration of storefronts as places of community, creativity and local industry.