The Yale University Art Gallery (YUAG) stands at the corner of York and Chapel Streets in New Haven, within the walls of Louis Kahn’s 1953 architectural marvel. For the past six years, only the Kahn building at the YUAG has been open to visitors. But this coming December the entire complex, renovated and expanded, will […]

The Yale University Art Gallery (YUAG) stands at the corner of York and Chapel Streets in New Haven, within the walls of Louis Kahn’s 1953 architectural marvel. For the past six years, only the Kahn building at the YUAG has been open to visitors. But this coming December the entire complex, renovated and expanded, will re-open, marking the completion of a colossal effort that began in 1998. The renovation will celebrate the spirit original to 1928 Italianate Gothic ‘Old Yale Gallery’ by Edgerton Swartwout, to the 1866 Ruskinian ‘Street Hall’ designed by Peter Bonnet Wight, and will be supplemented by substantial, if discrete, additions–a comprehensive effort entrusted to Ennead, the New York City-based architectural firm. 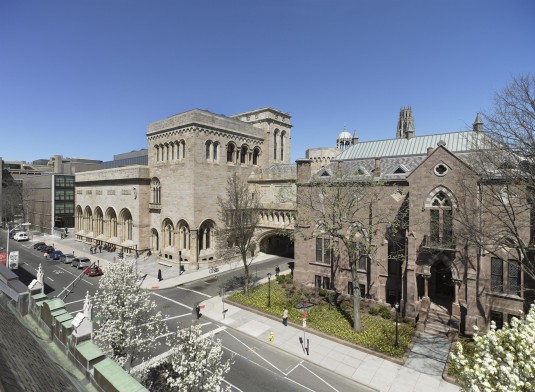 Since its founding in 1832 the YUAG has known many incarnations. Its spaces have long been fought over, serving alternatively for display, teaching, housing administration, even storage. The renovation champions the YUAG’s two primary motives–display and pedagogy, and from now on, these will be the only two programs accommodated by the gallery complex. This shift has come with significant logistical maneuvers. The History of Art Department as well as the Gallery’s administrative spaces had to be evacuated to restore large open gallery spaces to the museum. The previously cavernous, flooding-prone basement in Street Hall will house the state of the art, naturally lit and airy Nolen Center for Art and Education. This considerable overhaul of departments and programs is just one fragment of the master plan for the Yale Arts Area.

As a result of the renovation, exhibition space at the YUAG will increase tree-fold. The larger facilities respond to the needs of an ever-expanding collection. But the future experience of the Gallery will differ significantly from the exquisite panorama of work that is on view today in the Kahn building. One partition will no longer mark the transition from Early American Craft to 21st Century / Contemporary.

Starting in December, each curatorial department will have access to expansive, soaring, and naturally lit galleries or more intimate, dim, nested spaces; each designed to match the character of the work they will hold. In occupying three such different structures, the museum’s management has chosen to create a range of distinct environments to present its diverse collections. As they honor the original architecture, the renovations enhance the stylistic discrepancies among the structures. The pluralistic YUAG of 2013 will offer a panorama of spatial experiences—a stark contrast from the unified and calm ambience that the Kahn building provides. 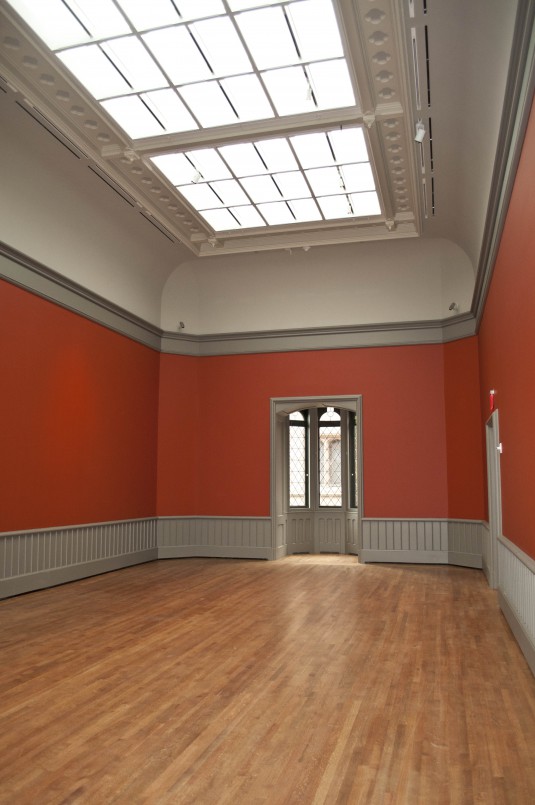 One of the renovated galleries in Street Hall. Photo by Violette de la Selle.

The divergent character of each building and the spaces they contain will conspire to make this new version of the YUAG a funhouse of experiences. Visitors to the Gallery will meander through three buildings–in reverse-chronology–while traveling the length of two city blocks. Entering through the 1953 Kahn lobby, you will walk through a pair of monumental glass doors into the Old Yale Gallery and then, over High Street, to the still older Street Hall. Nestled into these historic structures, the additions by Ennead add yet another architectural register to the multiplicity of styles and quality of spaces.

The roof terrace is the crowning achievement among these expansions, creating a spacious platform behind Swartwout’s chamfered parapet. From this terrace, you can contemplate the bronze sculptures set against sweeping views of New Haven’s downtown and the shoreline beyond. 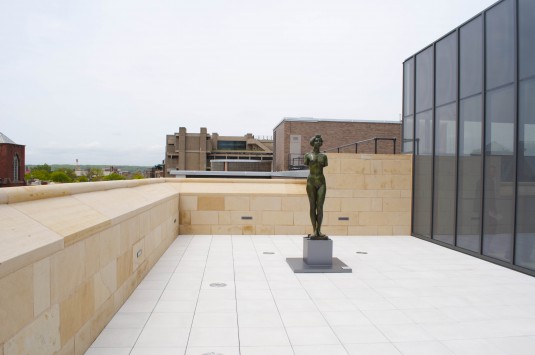 A bronze sculpture by Aristide Maillol stands at the Western end of the roof terrace of the Yale University Art Gallery. The tops of Kahn’s 1953 addition and of Paul Rudolph 1963 A&A building are visible beyond the limestone parapet. Photo by Violette de la Selle.

The interior additions do not provide as powerful a tie to the surroundings. The new spaces–galleries in some cases, vertical circulation paths in others–are spacious, tall, and bright white. These qualities, common currency in museum design today, make for elegant galleries, accommodate temporary exhibitions, and are suitable for very large-scale pieces. And surely they respond to the demands of the YUAG itself.

Yet, in this very context, the opportunity to establish a dialog between the old and the new seems to have been politely turned down. Ennead’s intervention may be too reverential to the existing structures. The cautious neutrality of the new spaces seems more smart and safe than bold and daring. As a new type of space is inserted into the YUAG complex, you may long for the same celebratory spirit that led the rest of the renovation to come to the fore. 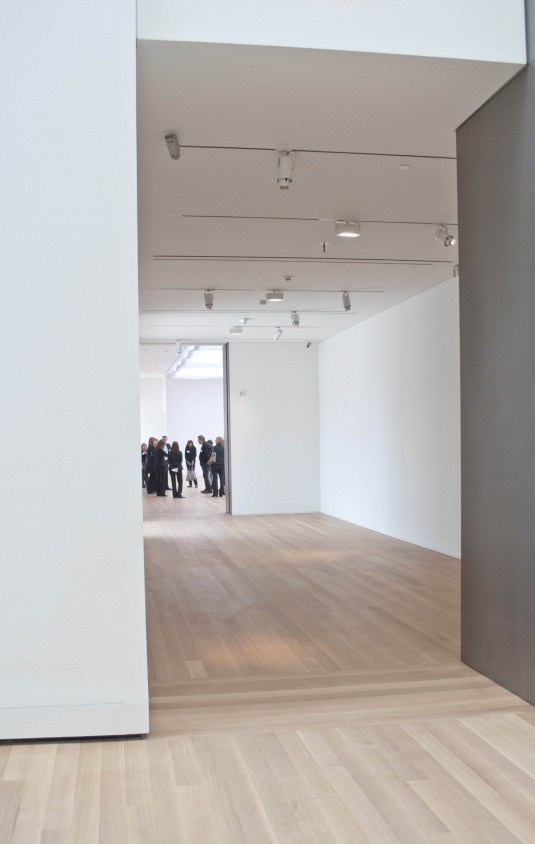 An enfilade of new galleries, part of the expansion by Ennead. Photo by Violette de la Selle.

New Haven eagerly awaits the reopening of the Yale University Art Gallery this coming December. Surely the community will be delighted to discover the many marvels in its collections that were rarely, if ever, displayed or just to experience, once again, the buildings that were either inaccessible or devoted to other functions in the past.

As visitors wander through myriad renovated spaces, they will experience a spectrum of differing spaces and collections offered by each wing. Some may chose to take in this sizeable museum incrementally. Students will have access to the educational resources on an extended schedule, to better meet their rigorous timetables. As this renovation effort comes to its conclusion, we’d like to applaud it for adhering to its purposes: to display and to teach.

Violette de la Selle is a Masters of Architecture student at Yale. She graduated from the University of Virginia in 2008.