A young designer discusses his work.

It’s quite a challenge for young designers to break into the design world and establish themselves. But these days more and more manufacturers see the value of investing in fresh designs, both in new creations and the brand exposure that comes with fresh ideas sought by an increasingly sophisticated audience. One such opportunity is presented by the Design Performance projects of luxury manufacturer Fendi, at DesignMiami which, along with Art Basel is encamped in that Florida city til December 9. This year’s choice is the up and coming Belgian designer, Maarten de Ceulaer. I met Maarten earlier this year at the international BoomSPdesign forum in Sao Paulo, where he presented his elegant work, backed up by inventive manufacturing techniques. For instance, he employs real balloons to create molds for individually made plaster bowls. Between his inventiveness and creativity, he couldn’t have been a better choice for Design Performance.  I caught up with Maarten as he was preparing for the DesignMiami opening earlier this week. Here is some of our conversation.

Paul Clemence: How were you selected for this project?

Maarten de Ceulaer: Fendi had seen some of my designs at my gallery’s booth at DesignMiami in Basel and thought it was interesting. Then DesignMiami (which collaborates with Fendi on projects) included my name on a shortlist and I was fortunate enough to be the one selected. I think they saw that my work had a connection with similar ideas their brand stands for. 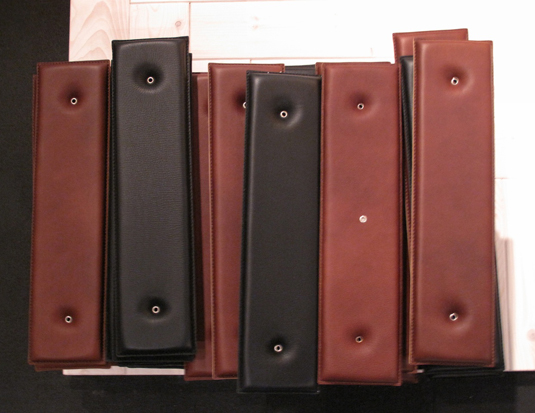 PC: What were some of the guidelines you were given?

MC: The project was to be based on the company’s established visual language, which has a connection to a Modernistic aesthetic, graphically strong, with Bauhauslike modern patterns. And of course, on a project that could be developed as much as possible on site. 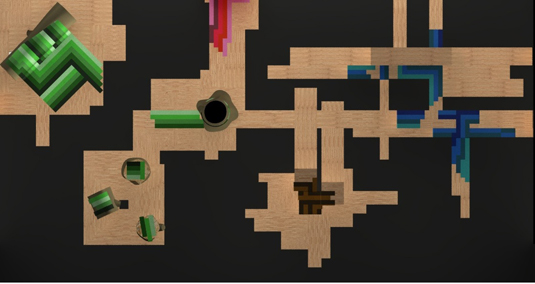 PC: So how did your idea develop?

MC: Well this year they wanted their famous Pequin motif to be part of the project. So the idea of striped was there and then I wanted to make them 3-D and give this flat image an object like quality. So we made these stripes into leather lined cushions that can then be applied to a variety of surfaces giving them many uses. A simple plank of wood can be covered with a selection of them and become a bench; a tree trunk become a day bed. 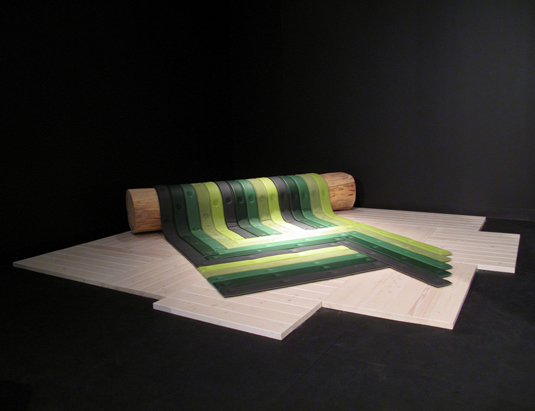 PC: How was the relationship working with such established manufacturer? Were the project briefs strictly enforced?

MC: Well, I am used to working on projects I develop independently, so to be involved in something of this magnitude, with so many elements added to a usually free manufacturing routine was quite a change. But I was given carte blanche on my ideas and my vision was understood and appreciated. 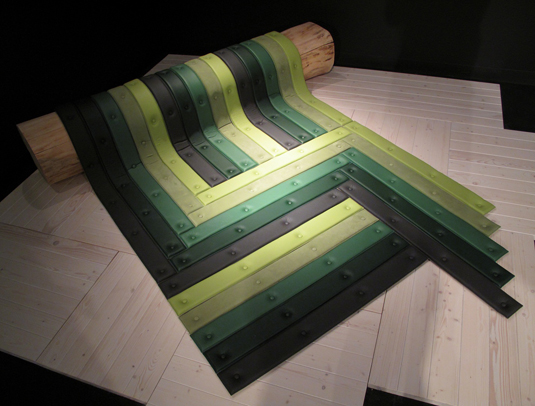 PC: What was the biggest challenge?

MC: Logistics. The project is a performance piece. But in order to be made on site, we had to have a lot of parts prepared and then shipped here. Not to mention find the right tree trunks that could fit with all of our designs. 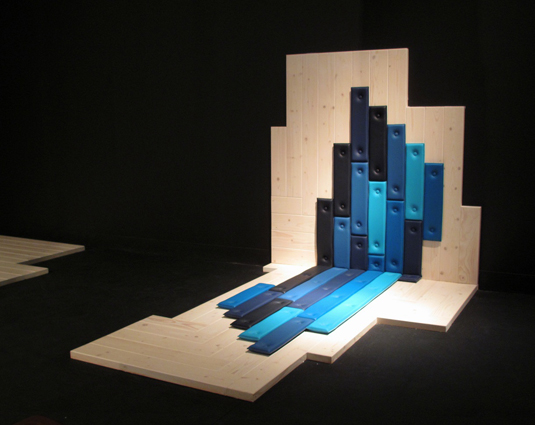 Such trunks were found and the result can be seen at the Fendi area inside DesignMiami tent. It’s a simple idea, but its richness of applications gives it a flavor all its own. Wava Carpenter from DesignMiami who worked close with Maarten in developing the project had this to say, “It was quite challenging for a furniture designer to have a brief based on a two-dimensional expression. But Maarten was very creative in referencing the Fendi look in a 3-D installation that is interesting even outside the context of this particular program. He has a tremendous aptitude for clean, eye-catching designs.” Art and design events like this offer great opportunities for manufacturers to expand the boundaries of what they do, what they are known for. But if such projects are done for just for the sake of doing them, they become pointless experiments of self-promotion. Projects like this (aptly called “Transformations”) show that when well thought out, developed, and presented, this process could be a win-win situation where design comes out enriched. 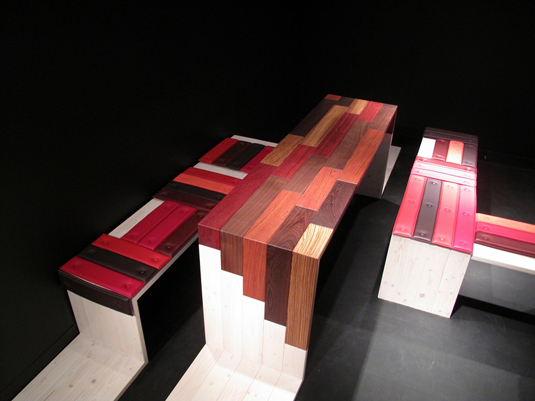