25 Design Exhibitions to Catch This Fall

Metropolis’ editors select the exhibitions we’re most excited to check out this fall.

The summer may be coming to an end, but the fall exhibitions are just beginning! Metropolis editors and art directors scoured the web for the exhibitions we’re most excited to see in the upcoming months. Here’s a list of our picks.

Art Institute of Chicago
To Build a Modern Campus: Ludwig Mies van der Rohe and the Illinois Institute of Technology, 1939–1948
On view through October 16, 2016

Soon after immigrating to Chicago in 1938, Mies van der Rohe was tasked with designing plans for the Illinois Institute of Technology’s growing campus. The campus, a landmark in its own right, expanded into the surrounding neighborhoods, displacing many of its residents. To Build a Modern Campus takes a look back at the development of the IIT campus, as well as the cultural erasure that followed. —Charles O’Leary, intern

Chamber, the jewel-like design gallery and shop in New York’s Chelsea neighborhood, has put together a string of consistently good exhibitions since it opened in 2014. And so Of Cabinets and Curiosities is kind of a victory lap. The exhibition will showcase nine cabinets filled with objets and tchotchkes, each one curated by as many designers, many of whom have contributed to previous Chamber showings. —Samuel Medina 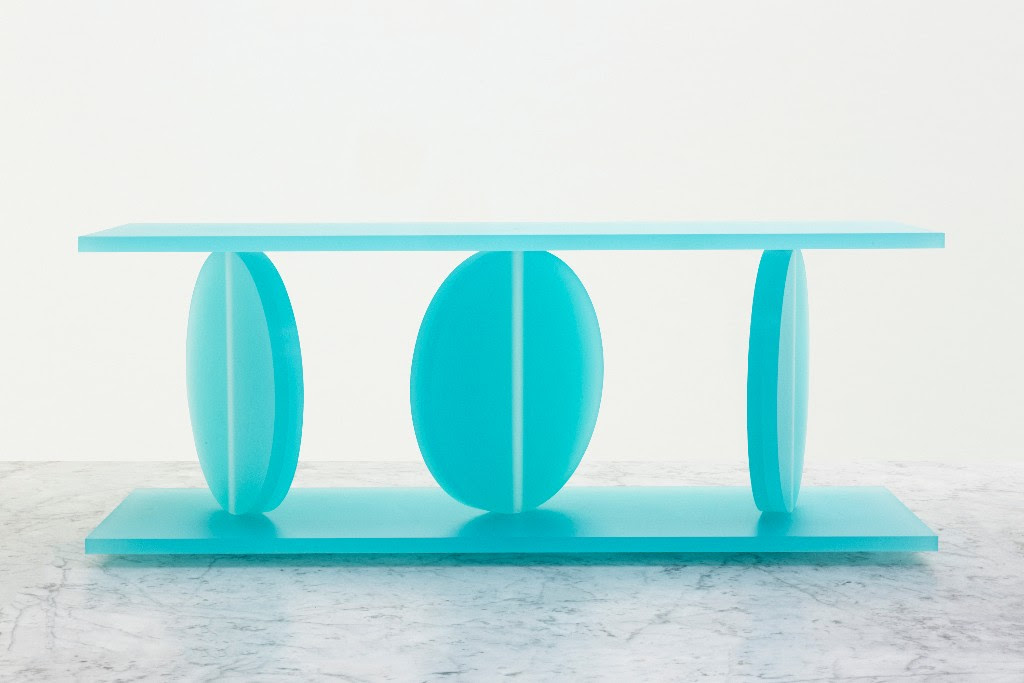 This must-see exhibition—a slightly smaller and condensed version that debuted at the Canadian Centre for Architecture in Montreal—is essentially a manifesto of what architecture should be. Unlike the traditional architecture exhibition which focuses on models and drawings, this exhibition looks at over 20 case studies—through posters, research, conferences, databases and manifestoes—that emphasize the potential for architecture to identify the urgent issues of our time. —Paul Makovsky

Energizing the Everyday: Gifts from the George R. Kravis II Collection
On view through March 2017

George Kravis has one of the best private collections of modern and contemporary design today—some of which he’s given to the Cooper Hewitt. Strong in industrial design and technology, the exhibition includes everything from George Nelson furniture and streamlined radios to modernist tableware and Alexander Girard textiles. You’ll find gems from the streamlined era, like the Norman Bel Geddes’s Patriot Radio (1940) done in (what else?) red, white, and blue, and a 1937 outboard motor, reflecting the leisurely pastime of 1930s motor boating, to more contemporary pieces, like a Shiro Kuramata plate glass armchair and a 2012 solar powered lantern by Olafur Eliasson and Frederik Ottesen. —Paul Makovsky

Designmuseum Copenhagen
Learning from Japan
On view through September 24, 2017

In its 125-year history, Designmuseum Danmark has often highlighted the influence of Japanese design on Danish art and industrial design. Learning from Japan showcases the museum’s Japanese collection alongside the Danish handicrafts, design, posters and graphic art that the aesthetic inspired.—Mikki Brammer

There’s more to Swiss graphic design than Helvetica and the storied midcentury school that produced it, argue the curators of this upcoming show. Conceding that the latter was “perhaps the most influential movement of the 20th century,” they nonetheless set their sights on the current generation of Swiss designers, including Ludovic Balland, Büro Destruct, and Jonas Vögeli.  —Samuel Medina

An exhibition of over 50 objects—including prints, posters, books, decorative arts, and textiles—that illustrate the elegance and breadth of the Art Nouveau movement. —Avinash Rajagopal 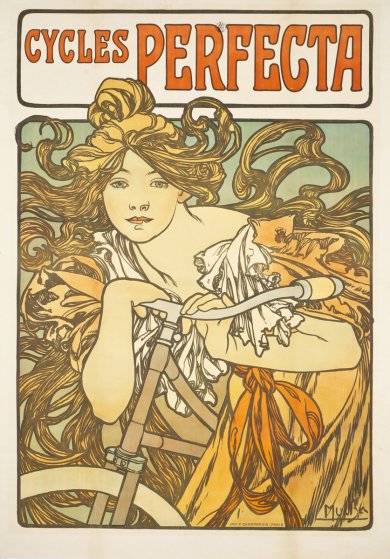 Metropolitan Museum of Art, New York
Diane Arbus: In the Beginning
On view through November 27, 2016

What’s even more striking than the faces captured in the photographs of Diane Arbus is the design of the show: three rows of square columns display the small, intimate photographs, allowing the viewer to circulate around, dipping in and out, around and around. What kept going through my brain was how many locations Arbus’ managed to visit (so-many faces in so-many places), everywhere from nursing homes to ‘freak shows.’ I also loved seeing the pages of her datebooks—dotted throughout with jotted appointments, thoughts, and locales. — Kelly Rakowski

Typically, curated high fashion pieces are displayed on stoic mannequins in pretty glass boxes. Masterworks: Unpacking Fashion breaks with traditional fashion museology in exhibiting more than 60 ensembles—including iconic works by designers who have changed fashion history and advanced fashion as an art form—in packing crates and on palettes, as though they just arrived at The Met. —Tamy Cozier

In keeping with the redux of Shaker aesthetic over the past few years, an installation at The Met features more than two dozen works from its permanent collection—including furniture, textiles, and tools—that reflect the Shakers’ minimalist designs and careful craftsmanship. —Mikki Brammer

Displayed in an 140-square-meter entrance hall, these posters are functional works of visual poetry. Not only do they bring together photography, illustration, and typography, but blur the lines between art and graphic design. —Travis Ward 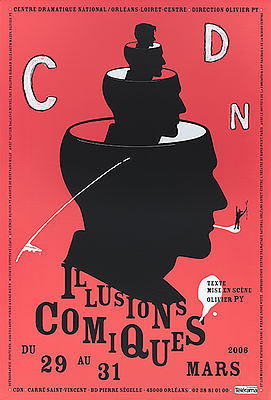 The refugee crisis in Europe has brought discussions of shelter, human rights, and security to a head. Insecurities asks architects, designers, and artists to consider these issues and explore how they have disrupted our understanding of the built environment. —Vanessa Quirk

The Russian Revolution set off a burst of creativity the world had not seen before or since; a hundred years on, we still live in its shadow. With works by El Lissitzky, Dziga Vertov, and Aleksandra Ekster, among many others, the MoMA exhibition will chart the manifold futurist movements within the Russian avant-garde itself. Interestingly, the show, which was curated by Roxana Marcoci and Sarah Suzuki, traces the beginnings of this aesthetic revolution to 1912—and not the world-historical year of 1917. —Samuel Medina

It’s about time the MoMA looks at interior design—the last time it focused on modern interior design was back in 1953 when it published a pamphlet on the subject. This exhibition showcases European and American modernist designers’ own living spaces, and you can look forward to a revisionist narrative that should bring in contributions by women architect-designers like Eileen Gray, Charlotte Perriand, and Grete Lihotzky, just to name a few. —Paul Makovsky

Steel and reinforced concrete’s strong grip on the architecture market is loosening—this time to an old competitor. With recent cutting-edge developments in timber construction, timber is now stronger, more fire-resistant, sustainable, and most of all, still beautiful. Timber City showcases the growing argument for using wood in building construction, challenging notions that wood is an antiquated building material. —Charles O’Leary

Ever Is Over All (1997) is probably Pipilotti Rist’s best-known work. Thanks to Beyonce, the cult classic was recently thrust back into the national spotlight earlier this year. But Rist has been a pioneer in multimedia art, filled with “kaleidoscopic projections” and “hypnotic musical scores,” for more than three decades. Pipilotti Rist: Pixel Forest spans the visual artist’s entire career and will be the most comprehensive presentation of her work in New York to date. —Tamy Cozier

The widely traveled photographer has taken everything from decaying Yugoslavian war monuments to internet cafes in Lago to the 2001 G8 summit as his subjects. In the course of his globe-trotting, he has captured tens of thousands of photographs, 120 of which form the basis of The Appearance of That Which Cannot Be Seen. The contents take on a new meaning within the PAC’s Modernist, Ignazio Gardella–designed galleries. —Samuel Medina

An integral member of the Italian Radical movement, Lapo Binazzi’s work challenges political and social conventions. The exhibition showcases his humorous, but incisive designs from his extensive career, starting in the 1960s through the early 2000s. Featuring never-before-seen objects and drawings, as well as many of his most iconic lamp designs, the exhibition offers one of the most significant retrospectives on his career.  —Charles O’Leary 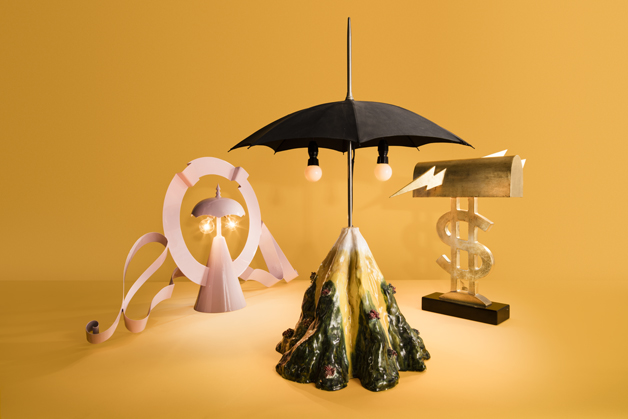 Since 1932, the Stedelijk Museum has held an annual competition to find the year’s 50 most outstanding Dutch and Flemmish books. This year the competition introduced a student jury for the first time; each juror picked his or her own selection from over 408 submissions. As always, this exhibition is a fantastic inspiration for designers of all types. —Travis Ward

To walk down the street in New York City is to be bombarded with not just construction, but imminent construction. Architectural renderings, hung over green tarped fences, advertise the buildings on their way up, and, more often than not, these buildings are bland, to put it kindly. Doesn’t New York deserve better? Work in Progress examines just that question, taking a critical look at the state of commercial development in the city and offering imaginative alternatives for New York’s built environment. —Vanessa Quirk

Letters to the Developer
Opening October 4, 2016

An optimistic complement to Work in Progress, Letters to the Developer will look at the good that conscientious developers have done for the city of New York. Architects, curators, and critics will pen letters to specific developers; each letter will effectively serve as a case study—examples the city would be wise to replicate if it truly wants a more equitable urban future. —Vanessa Quirk

Sheila Hicks is probably the most important living textile and fiber artist, influencing a whole generation of younger textile designers and weavers today. Whether it’s her use of color, texture, materials or space and scale, Hicks’s large-scale installations and small weavings, made on a tiny loom, make you rediscover your love of textiles. — Paul Makovsky

The final few years of the 1960s produced some of the 20th century’s most iconic design, film, fashion, music, and political activism. This exhibition explores how the finished and unfinished revolutions of the late ’60s changed the way we live today and think about the future.—Mikki Brammer

Radical Design was a predominantly Italian avant-garde movement that reached its peak in the late 1960s and early 1970s. This exhibition, put on by the Vitra Design Museum in Wiel am Rhein, Germany, explains how the proponents of this movement redefined design and architecture—as not just commercial, service-oriented industries but as social and political practices. The exhibition also includes interviews with contemporary designers, design theorists, and producers who discuss Radical Design‘s impact on the design world today. —Avinash Rajagopal 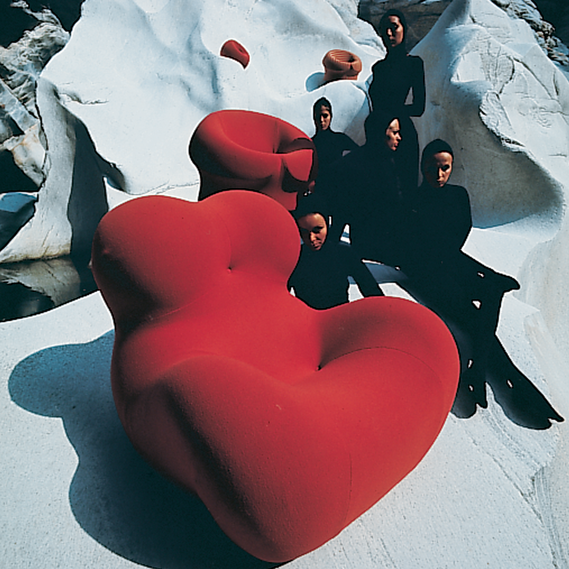