An Exhibition at MOCA Examines Local-Immigrant Tensions in Suburbia

An exhibition examines the fraught relationship between locals and immigrants in a suburban community.

Chinese casino workers in Montville, Connecticut, who must often trek to work, have found paths to make their commute easier. Some locals jokingly refer to this path as the Ho Chi Minh Trail (left), a military supply route in the Vietnam War. For the immigrants, equating a shortcut to work with the war might trigger traumatic memories.

At least one person in Montville, Connecticut, is threatened enough by the town’s ballooning population of Chinese immigrants to name their Wi-Fi network “No Chinks Allowed.” Similar strategies were, of course, adopted in apartheid-era South Africa and segregation-era Alabama, but for public spaces. If the owners of private Wi-Fi networks in suburban Connecticut are so afraid of a Chinese invasion of their bandwidth, all they have to do is keep their passwords secret.

Sub-Urbanisms: Casino Urbanization, Chinatowns, and the Contested American Landscape, an exhibition on view at New York’s Museum of Chinese in America, is remarkable for paying close attention to the lives of the immigrants in Montville over the last two decades, either drawn by employment opportunities at the nearby Mohegan Sun casino or driven out of Manhattan’s Chinatown. Not only is this the first study of the Montville community, it is also unique in identifying design as one of the flash points between its older and more recent residents.

As in Chinatowns across the country, the new entrants to this small-town community (the population is less than 20,000) moved into existing housing stock. Which in Montville isn’t multifamily tenements, but the very epitome of the American Dream: The single-family ranch homes have green lawns, big garages, and ordinances that dictate how many persons not belonging to the same family might reside in these fortresses of respectability. The Chinese have built out extensions to accommodate multiple renters, use their garages as communal spaces, and grow bitter melons and bok choy in their front yards. They have brought the mores of urban China—economy of space and osmotic privacy barriers—to suburbia, creating the “Sub-Urbanisms” of the exhibition’s title. The neighbors are outraged.

Curator Stephen Fan uses multiple modes of representation to bring this conflict to life. Dense infographics on the periphery of the exhibit provide context for the development of the single-family home and the laws that govern it, as well as the growth of the casino industry and the influx of migrant workers. Interspersed with these are the voices of casino workers, matter-of-fact in their descriptions of a new lifestyle. “I don’t mind the small size of apartments—Hong Kong apartments are even smaller,” says Mei, whose husband works at Mohegan Sun.

In two inner chambers of the gallery, Fan presents portraits of the homes through floor plans, photographs, reconstructed building elements, and artifacts such as a clothesline that is stretched taut across the room. A helpful tabletop display identifies the produce, unfamiliar to the good folks of Montville, that grows in the front yards. The highlights of the exhibition are photographic diptychs that capture the differences between the Chinese and their neighbors—two identical images of a front lawn covered in squash plants, for instance, are emblazoned with the words “Homegrown” and “Overgrown.”

A little less successful is the adjoining gallery that presents architectural strategies to reconcile these differences between the two groups of residents. An apartment development proposed for downtown Norwich that includes an underground Chinese grocery store is particularly baffling. It is neither provocative enough to be purely speculative nor convincing as a straight-faced solution.

The quality of ethnographic and urban research into the Chinese community in the rest of the exhibition, however, is impeccable. It should be a pilgrimage for any architect or urbanist working in an indubitably transformed American landscape—with one minor caveat. The show was originally developed for the Lyman Allyn Museum in New London, Connecticut, where the audience presumably knew the localized tensions that usually underlie such prejudices. Transferred to a museum in New York, it only goes so far in explaining the pointless microaggressions that we perpetrate in the Internet age—why would anyone feel the urge to be racist over the name of a password-protected Wi-Fi network? 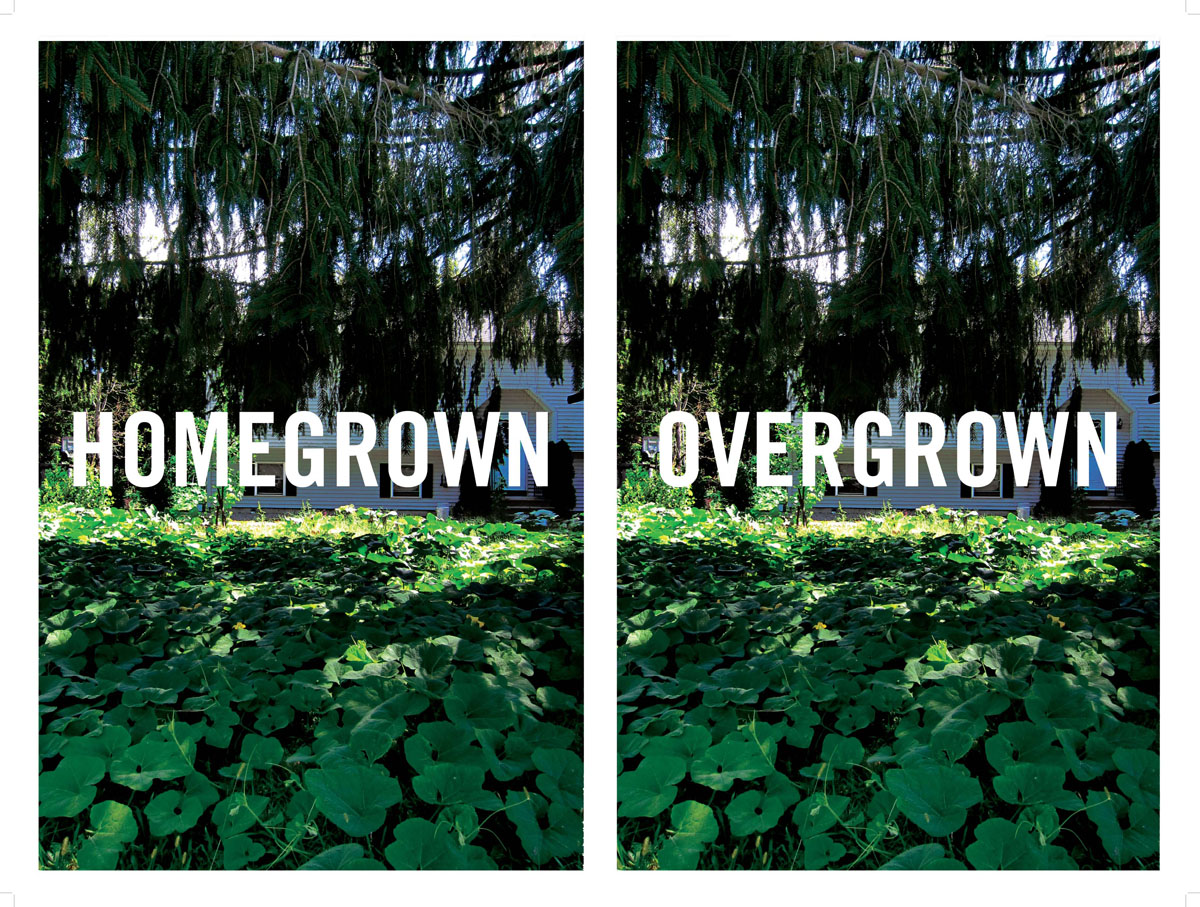 Fan’s diptychs illustrate the split in perception between the Montville locals and the newly arrived Chinese immigrants.

The Chinese have cultivated the tidy front lawns of the small Connecticut community to grow gourds, bok choy, and other greens, while also using the small plots to dry fish.