If the renderings are anything to go by, the studio’s latest project—the conservation of a former hydrodynamics laboratory—will bring its idiosyncratic approach to a whole new level.

In the practice of historic preservation, there is often a temptation to turn a building into an object on display—meticulously restored, unchanging, physically isolated—in order to remove it from the flow of history. The multidisciplinary Amsterdam-based studio Rietveld-Architecture-Art-Affordances (RAAAF) situates itself in opposition to this method of dealing with architectural remnants. Instead, it proposes to make history tangible by altering these decaying structures in a way that makes their stories plainly visible. The practice has a name for this approach—”hardcore heritage.”

Founded and led by brothers Ronald and Erik Rietveld, RAAAF has completed several projects that together form a kind of built manifesto for hardcore heritage, with the next iteration due out in 2018. The procedure changes with each project—there are excavations, but also deletions—but in every case, the end result charges them with a new special significance. In Ronald’s words, the works are “about the spatial experience that triggers imagination.”

The first stirrings came in Vacant NL, the studio’s installation for the Dutch pavilion at the 2010 Venice Architecture Biennale, which cataloged thousands of vacant properties in the Netherlands. The Rietvelds see these dormant structures as resources to be awakened and reused—and their most famous project shows how it can be done.

Bunker 599, designed with Atelier de Lyon, made the team aware of the vast challenges in preserving structures so they can be truly reused, not just conserved as museum pieces or recycled as anchors for retail. The project entailed reviving a concrete bunker by cutting it in half, transforming it from an inert solid sitting in the landscape to something that could be walked through and interacted with. But experimental approaches like these can often be difficult to mount, Ronald says, because local authorities are wary of diverting public funds to them: “There is a lack of vision on this topic; policies concerning heritage are far too conservative.”

Named a Dutch national monument two years after it opened in 2010, Bunker 599 has thankfully opened up the door to other hardcore heritage undertakings. For instance, After Image, an excavated “forest” of concrete foundation piers that stand beneath a demolished sugar factory in Groningen, is set to open in 2018. 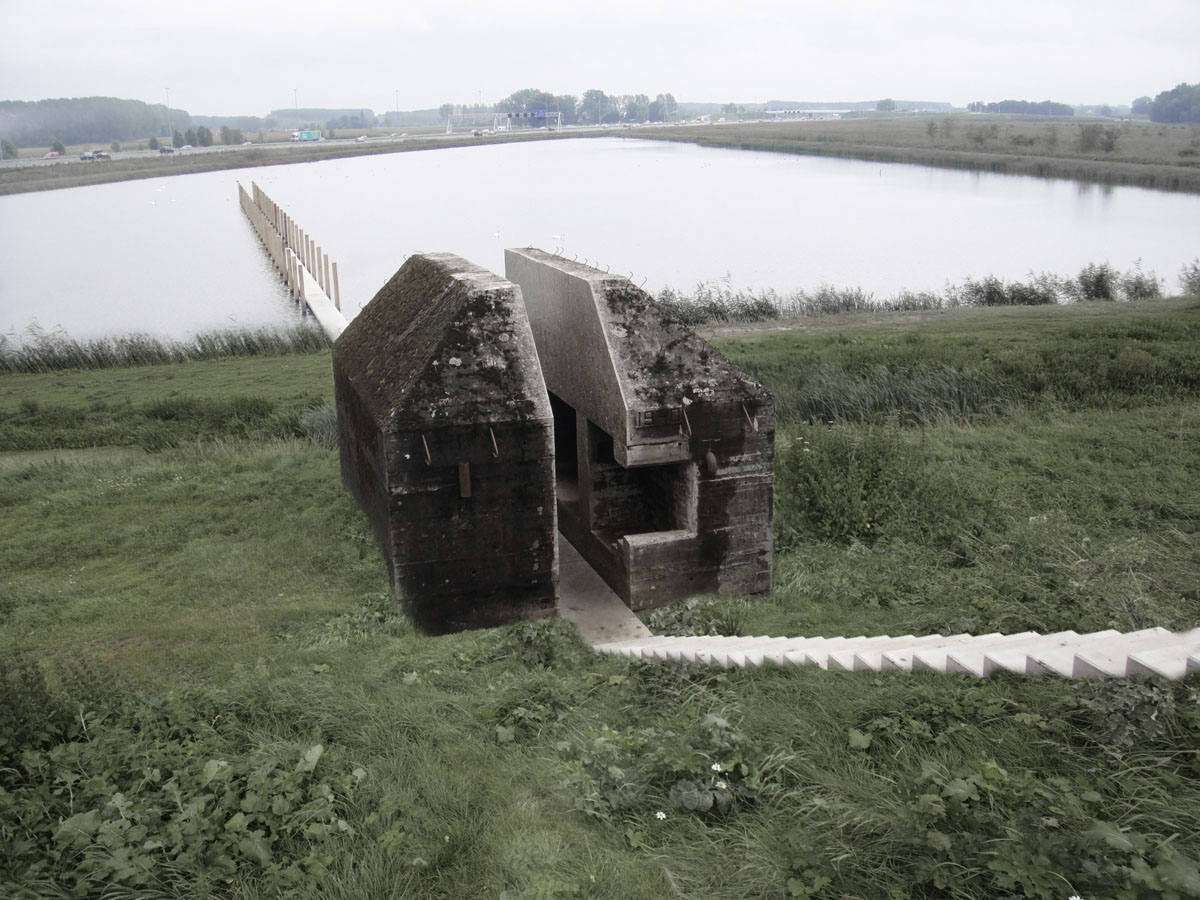 Bunker 599, which cut a 19th-century concrete pillbox in half, sheds new light on Dutch and UNESCO policies on cultural heritage while making people look at their surroundings in a new way.

After Image shows the world below the Netherlands’ terrain, constructed on millions of pillars. RAAAF’s intervention reveals part of the exciting underworld of a former sugar silo, where uncovering the foundation of just one silo exposes an enormous concrete cathedral belowground.

And if the renderings are anything to go by, RAAF’s latest will bring their plays in mass and scale to an altogether more powerful level. Deltawerk 1:1 adapts another Dutch national monument, a portion of the former Dutch hydrodynamics laboratory at Waterloopbos, which once tested one-to-one scale models of engineered water defenses. Now sitting empty, RAAAF and Atelier de Lyon propose excavating the 820-foot-long concrete structure to fully reveal its enormous volume.

The final stage of the project will involve cutting panels from the tank’s walls and turning them 90 degrees. Their huge size and precarious positions recall images of seemingly robust and monumental objects tossed around by wind, storms, floods, or waves. As the seasons change, daylight will spotlight different facets of the structure, even as its original use becomes more and more forgotten. Ronald hopes that it will “open up ways of interpreting history toward the future, rather than just telling stories from the past.”

The designers are looking into how their unique take on preservation can be adopted beyond the Netherlands, where they would have greater opportunities to generate the new from the old, rather than simply halting decay. That is the urgent next step, Ronald says. “Preservation by itself doesn’t bring us further into the future. We need radical new perspectives.” 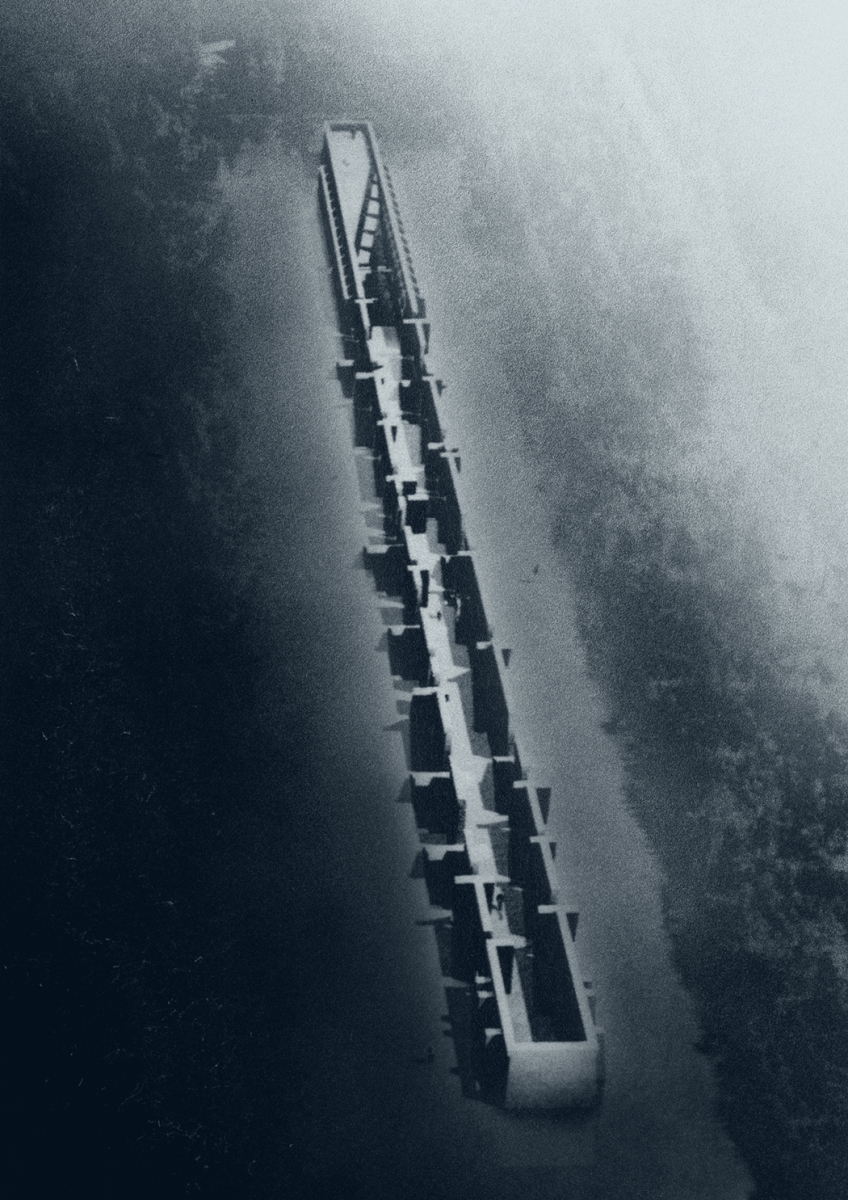 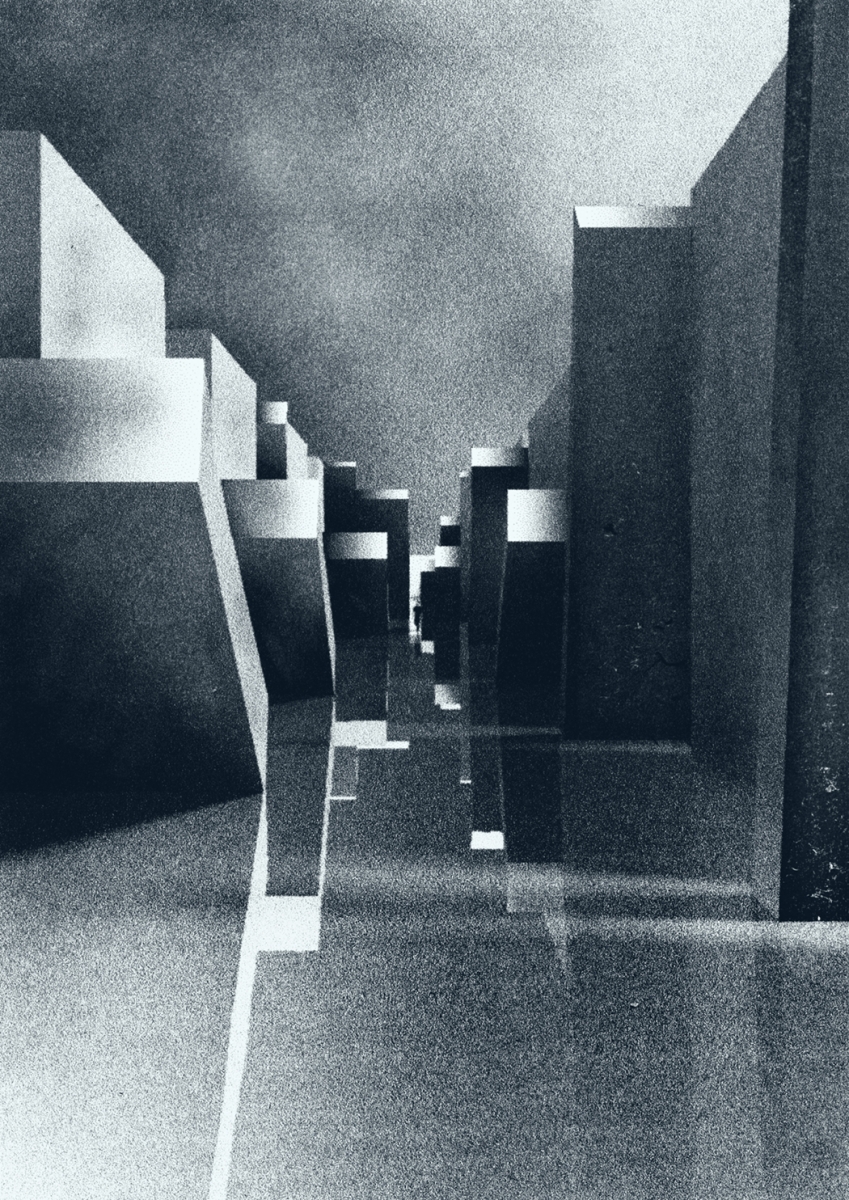