The subject of a new monograph, the English architect was far more than just Fun Palace. In this piece, we survey some of his most visionary projects.

The English architect Cedric Price— who died in 2003 and is best remembered for infusing the discipline with a feeling for systems thinking, impermanence, and sarcasm—is a hard figure to pin down. He was not merely the jokey character that he is remembered as (that’s what happens when your most famous project is the Fun Palace), nor was he a cybernetic crusader auguring a future of immaterial, nebulous architecture. He wasn’t even the out-and-out bon vivant that he appeared to be. Rem Koolhaas perhaps summed him up best as: “a kind of puritanical Oscar Wilde.”

Samantha Hardingham captures the man’s many facets with sterling detail and evenhandedness in Cedric Price Works 1952–2003: A Forward Minded Retrospective, a massive two volume set jointly published by the Architectural Association and the Canadian Centre for Architecture. Hardingham expands our understanding of Price and his work by unearthing “a veritable mine of information to be explored for many generations to come.” As she shows, each of Price’s dozens of projects contains prescient nuggets, a small sampling of which we present here.

“[A]nonymous, well serviced, not trendy” is how a friend of Price’s described the design for a restaurant on the grounds of a zoo in the English seaside town of Blackpool. With its aluminum-sheet facade and strip windows, the little steel-framed building possessed both a casual gravitas and a charming drabness. Price’s estimation that the column-free interiors could accommodate zoo animals as easily as they could serve noshing humans was borne out when the building was later converted into a giraffe house.

One of Price’s most recognizable built works, the aviary was actually the result of a close collaboration with Antony Armstrong-Jones (better known by his aristocratic handle, Lord Snowdon) and structural engineer Frank Newby. It was through Armstrong-Jones that both the commission and the first inklings of the polyhedral geometry came to Price, with Newby contributing the indispensable know-how to turn the geometric motif into a tensile structure. The final design is a cat’s cradle of steel tubes, cables, and mesh that jell counterintuitively into an indelible image, a neat encapsulation of the period’s craze for the ephemeral.

In the pantheon of important but unbuilt projects of the 20th century, the Fun Palace ranks highly. It is the nail on which Price’s reputation as a cheeky seer is hung, and the sole reason why many inside the profession and out—Hans Ulrich Obrist has claimed it “anticipated the whole idea of the internet”—are familiar with him at all. Commissioned by the avant-garde theater director Joan Littlewood, the project was intended as an arts and culture hub, one where the background would be as dynamic as the dramatics unfolding on the stage. It hinges not on a clever architectural solution or even “functionalism” but on the promise of mobility; a crane would hoist walls and platforms into place, only to instantly recon figure them should the desire or need arise. The parti—Hardingham likens it to a binary of hardware and software— has proved remarkably durable because of how it intimated an alternative path for architecture, away from the dead ends of monumentality and imageability toward ephemerality, flexibility, and responsiveness.

If, as Hardingham notes, the Fun Palace drew on the seeming self-organization of the industrial port, Potteries Thinkbelt makes that connection explicit. In the 1960s the U.K. was already experiencing a crisis of industry, with manufacturing being outsourced elsewhere. The state’s response was to prioritize science and research, starting within the university. Toward this end, Price imagined a kind of “pop-up” university to be sited in the former North Staffordshire industrial conurbation. Depots containing laboratory and workshop wings would literally replace the pottery manufacturers that had occupied the area for 200 years. 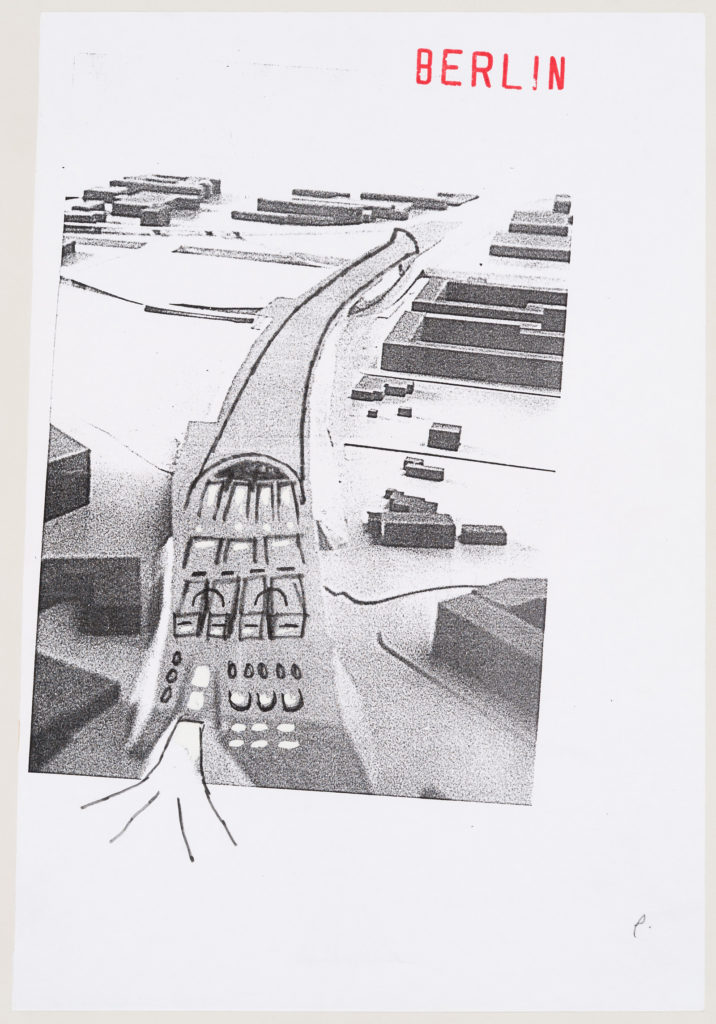 The scheme for the Officebar proposed, rather unfathomably, a hybridizing of office complex and highway. Developed for an ideas workshop put on by the Technical University of Berlin, the project wrapped a shed around an unused elevated roadway so that the latter’s structural frame was repurposed as a giant floor plate. The exterior shell featured blinds that helped thermally condition the hangarlike office inside, which was sheathed in a second shell and offered a smorgasbord of workspace con figurations. (Sleeping capsules were embedded in the sides of this inner tube.) 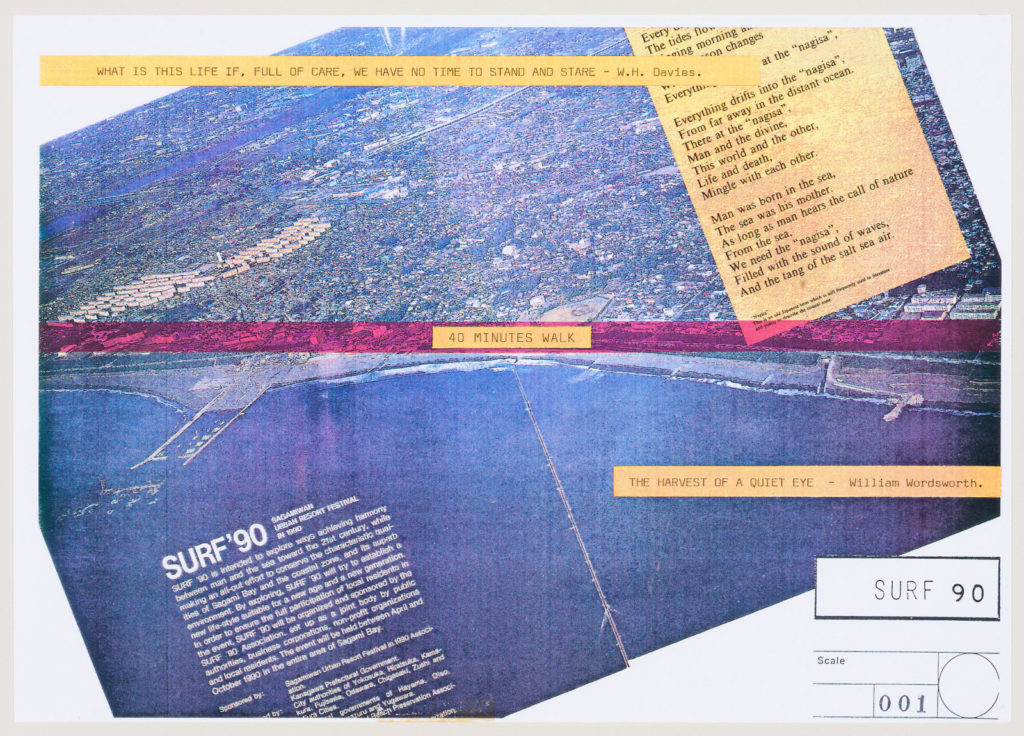 Price’s competition entry for the Sagamiwan Urban Resort Festival arguably contains elements of what would later become known as landscape urbanism. Intended for Japan’s Sagami Bay, the plan is light on recognizable architectural components, proposing instead an intriguing augmentation of the area’s infrastructure. Programmatic zones, moving from roadways to pedestrian walkways to beachfront and finally to the ocean, would not only help protect the natural environs but also multiply points of recreation, leisure, and socialization up and down the coast.

After launching a competition to design the central square for the Munich Olympic Village, organizers were torn between two submissions—one by Price and the other by Hans Hollein. The latter, which called for a network of aboveground, color-coded pipes that incorporated everything from trash cans to canopies, won out. Perhaps it seemed more feasible than the alternative, which Hardingham characterizes as an “electronic landscape.” Price planned to wire the square with sensors that would transmit environmental data to a central “brain,” a large interactive sphere displaying up-to-the-minute stats.