"It Makes Me Sick": Belmont Freeman on the Four Seasons

Belmont Freeman, who worked on the restoration of the Four Seasons in 2008, gives his take on the future of this endangered, important space.

The iconic Four Seasons Restaurant is, once again, under siege. In 2014, the developer, Aby Rosen, came under fire for removing the Picasso curtain from its original spot in the Seagram Building. Last month, auction house Wright announced its plans to auction the Mies van der Rohe and Philip Johnson-designed furniture (much to the chagrin of Phyllis Lambert). And now, Architect’s Newspaper has reported that Rosen “has reordered the same furniture from Knoll.” While AN sees this as “a small victory for preservationists,” Belmont Freeman, the well-known architect who worked on the restoration of the interior in 2008, is not so sure. We spoke with Freeman to get his take on the future of this endangered, important space.

Vanessa Quirk: Since 2008, you and your firm have worked on a thoughtful, phased restoration for the Four Seasons interior. What was your “mission” for the restoration? How did your approach differ from Selldorf’s, for example?

Belmont Freeman: While he was living Philip Johnson kept a close watch over The Four Seasons, designing any modifications that had to be made, selecting a new carpet every few years, and so on. After his death things started going astray at the restaurant, design-wise. Phyllis Lambert felt that a place like The Four Seasons really needed a “house architect” just to look after things, as well as to execute some specific, needed renovations.

Our charge was to keep the place burnished, without making too many obvious changes. Of course, we did execute some major interventions, like the gut renovation of the Ladies’ Lounge, but most of our work was unnoticeable to the average customer, which is how I feel that good restoration work should be. I believe that Annabelle Selldorf, who is a friend, subscribes to the same philosophy, though Aby Rosen had her design some pretty major changes to the Grill and Pool Rooms, which the LPC shot down. I understand that Annabelle is no longer on the project at Four Seasons, and that William Georgis, who has a lot more flash, has taken over the design of the new restaurant that will go into the space.

VQ: What conspired that prevented you from realizing your master plan?

BF: We worked up until the owners of The Four Seasons ran into trouble with Rosen and the lease renewal negotiations. No point in investing more money if they weren’t certain that they were staying in the space. 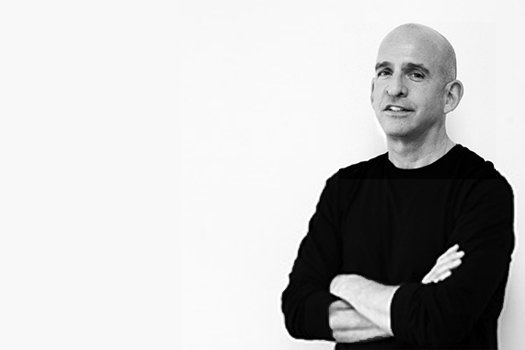 VQ: Why do you think the owner couldn’t accommodate the original design in plans for the space?

BF: I think that Aby Rosen just wants to make changes because he can, to mark his territory.

VQ: After all your hard work and consideration, how do you feel to know the interior furnitures/fittings are to be auctioned off piecemeal?

BF: It makes me sick.

VQ: Should this event inspire a change in New York’s preservation/landmarking laws for interiors?

BF: It should. There are some interiors that are such fully integrated works of art that their integrity, their significance, depends on all elements of the design, including “portable” furniture and accessories.

VQ: When the Selldorf plans for renovation were revealed, you told Curbed that certain aspects of the proposal did “violence” to the design. What do you think this auction will do? What will be the long-term consequences of this decision?

BF: The Picasso curtain is safe at the New-York Historical Society and could be moved back to the Seagram Building at any time. If the furniture is dispersed at auction into private collections, it will be gone forever. The authenticity of the place will be severely compromised, which would be tragic. Even if Rosen replaces all of the furniture with shiny new replicas from Knoll (and I doubt that he really means all the furnishings; there’s more there than what Knoll makes), it just won’t be the same.