A new book documents fifteen years of furniture and art (and mannequins) from the New York gallery Ralph Pucci International. 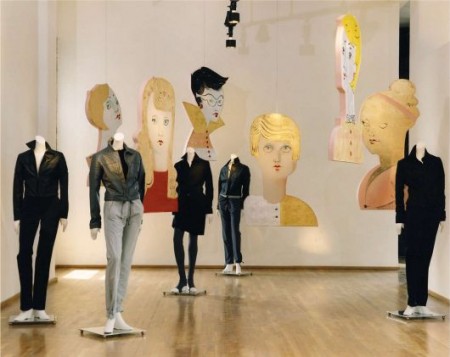 Show, published by Glitterati, is slated for release at the end of June. Right: Mannequins produced by Pucci with Darr clothing and a Ruben Toledo mobile. Photos: courtesy Ralph Pucci International

Ralph Pucci Show, due out at the end of this month, presents a retrospective of the past fifteen years of work from Ralph Pucci International, the New York–based exhibitor and seller of furniture, lighting, and fine-art pieces. Pucci himself took an active role in putting together the book–rewriting the introduction when he didn’t like an earlier draft and insisting on an economical use of text–which may explain why his vision for the gallery is so apparent in the new publication.

That vision, presented through full-page color photographs and choice quotations from artists like Andrée Putman, Ruben Toledo, and Jens Risom, develops a multi-disciplined and collaborative approach to displaying art; and, at its best, Show captures the spirit of fluidity that characterizes the Pucci showroom, in which sculpture, furniture, and paintings play off one another in service of a single, unified aesthetic. 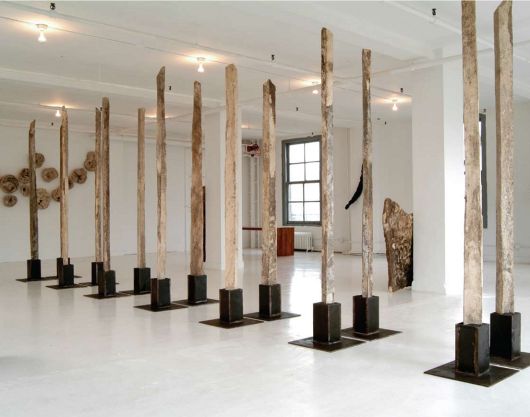 Adding an idiosyncratic touch to the work documented in Show–and the Pucci collections themselves–is the inclusion of the fiberglass mannequins that Pucci designs and produces on one of the three floors occupied by the business’s New York headquarters. Pucci Mannequin Repair began in 1954 as a small, family-run repair shop, and the gallery continues to supply mannequins to stores like Macy’s and Theory. While many of his mannequins are designed for standard clothing retail, Pucci also collaborates with featured artists–Maira Kalman did a line, as did Kenny Scharf–to produce models that play with form and color, and that make pretty compelling artistic objects in their own right. 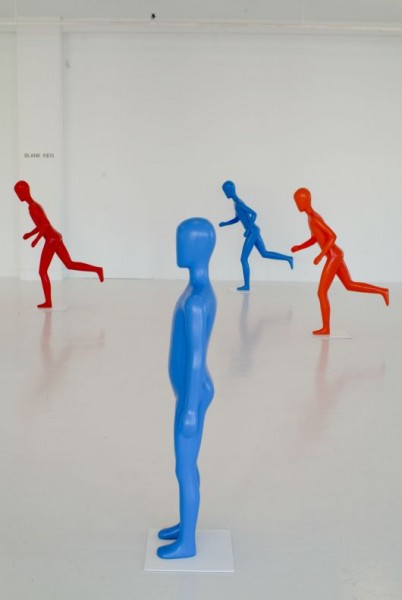 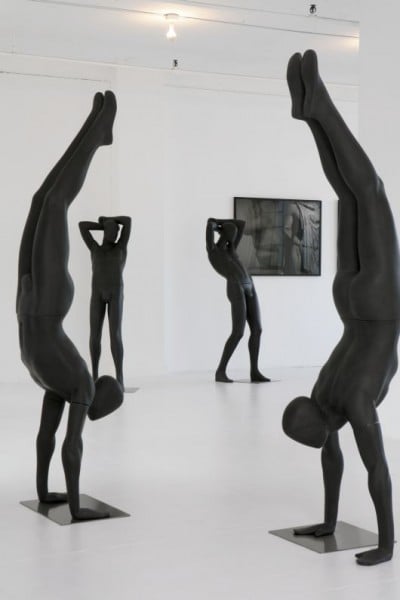 Mannequins from the shows Blank Kids (left) and Sport Male

Those mannequins figure prominently in Show, both as the sole subjects of industry events and as elegant complements to the work of featured artists. Their presence suggests Pucci’s readiness to mix artistic mediums and blur distinctions between “high” and “low” art. Perhaps less deliberately, as overtly aesthetic and commercial objects the mannequins may suggest the gallery’s (and the artist’s) often overlooked role as both a maker of art, and, finally, of profit.